The slugger would have made those Giants and Jets victories look less meaningful than a pair of intrasquad scrimmages.

But on a gray, windy, rainy day in The Bronx, the mighty Casey struck out — three times, in fact, including once with the bases loaded in Baltimore’s 3-1 victory. No matter how often the fans chanted “M-V-P” or booed Orioles pitchers for daring to throw their man anything but a dead-red fastball, Judge couldn’t break his tie with Maris for the single-season American League home run record.

He couldn’t give the people what they paid for.

“A lot of things have to sync up for even the greatest of the great to go deep,” his manager, Aaron Boone, said.

Especially when tens of thousands of people in the arena are standing and holding their breath in unison in anticipation of one last magical moment in the final home game of the year.

“Oh, it’s incredible,” Judge said of the fans’ response. “You can hear a pin drop before the pitch is thrown. Pretty cool moment.” 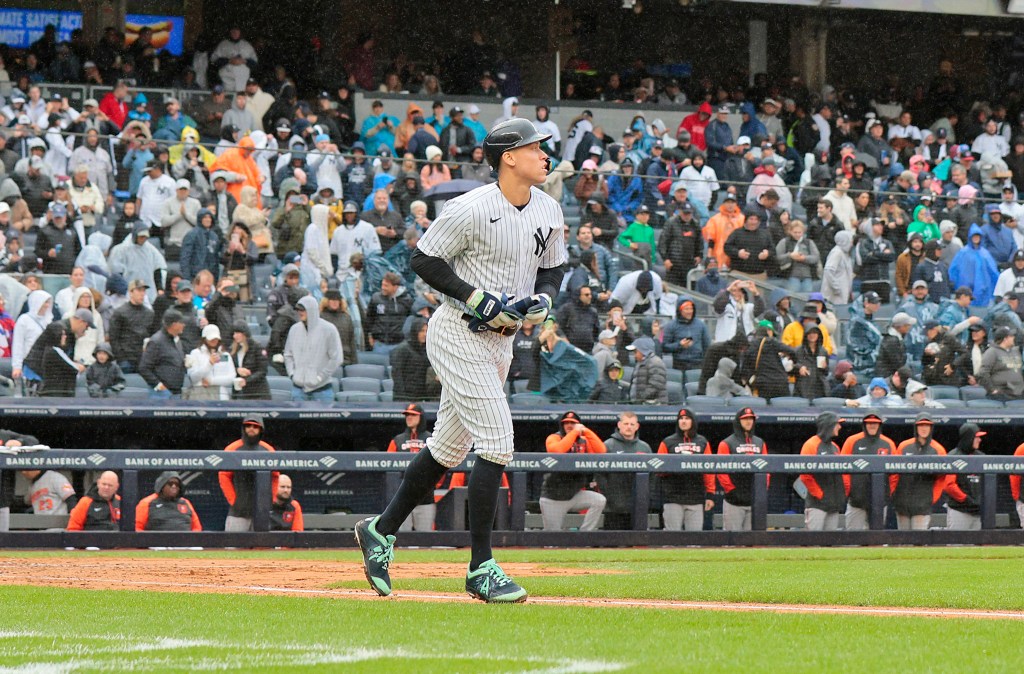 Truth is, this wasn’t a day shaped by pretty cool moments for the home team. Aroldis Chapman provided more evidence that he can’t be trusted in the postseason before Ron Marinaccio left the game with what was described as long-term shin pain, leaving the bullpen in an alarming state of disrepair. Unless Clay Holmes returns from his shoulder ailment as the Clay Holmes of old, the Yankees don’t appear to have a money-in-the-bank option in the back of that pen.

So Boone didn’t look or sound like a guy who had just lost a meaningless game. He’s got some issues to sort out between now and the night of Oct. 11, when the Yankees open the Division Series at home.

But as much as he wanted Judge to hurdle Maris — not just for the sake of the crowd, but for the sake of a renewed focus on the team’s championship goals — Boone understands why Judge’s protracted pursuit is a good thing for his players. The Yankees will now play four meaningless road games with the Rangers before taking the five full off-days that precede their own postseason run.

That means they will go the better part of two weeks (since they clinched the division title and a first-round playoff bye) disengaged from high-stakes competition, usually not a helpful lead-up to, you know, high-stakes competition. If nothing else, Judge’s march on history has added urgency to these games and has enhanced Boone’s chances of keeping his team sharp. 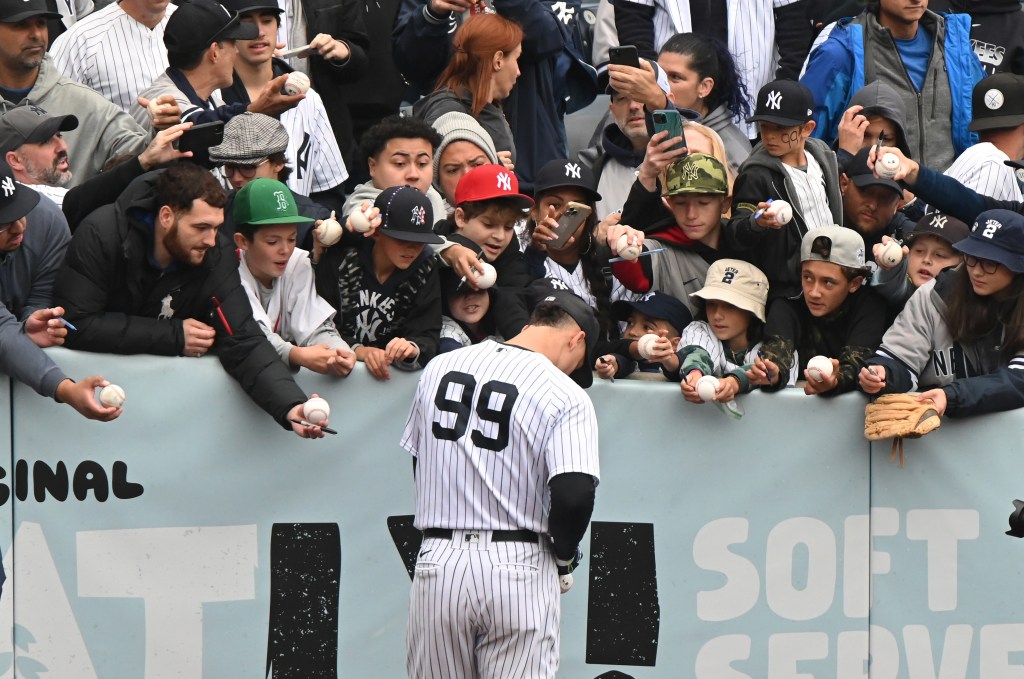 It didn’t do much Sunday for the Yanks, though the day wasn’t without its redeeming qualities. Four Maris children stood behind the plate before the game for a video tribute to their father, giving the fans a chance to thank them for their earnest support of Judge. It might seem like cruel and unusual punishment to ask Roger Jr. or any of his siblings to make another trip, this one to Arlington, Texas, but it wouldn’t be a surprise if one or more showed up.

Judge would clearly like to put this record to bed too. The quality of his at-bats has suffered a bit, as he naturally tries to give the fans what they so desperately want. Judge all but spun out of his shoes on a 2-0 Kyle Bradish fastball in the fifth inning, inspiring an ooooooooh from the fans by unleashing the kind of swing they didn’t often see from him as he racked up his 61 homers.

In his press conference afterward, while the clubhouse speakers played a continuous loop of the Bee Gees’ “Stayin’ Alive,” Judge maintained he wasn’t feeling any extra pressure to belt No. 62 at home. He insisted this season hasn’t been any more exhausting than any 162-game season, and called his place in the spotlight a good place to be.

“Very few people get this opportunity, get a chance to do this,” Judge said. “And for me to do it in a Yankee uniform, to be tied with Roger Maris, that’s a special feat right there. It would have been nice to do it at home here for the fans, but we’ve still got four more games.”

Those four games with the Rangers carry significance only because of Aaron Judge. His home-run derby should keep the Yankees alert during their extended R&R … and before they start playing again for real.