ARLINGTON, Texas — There was a chant of “We want Judge” from the sparse crowd at Globe Life Field in the top of the ninth inning on Wednesday, but the new American League home run champion didn’t make an appearance in a 4-2 loss to the Rangers to end the regular season.

Prior to the game, Yankees manager Aaron Boone said he contemplated putting Judge in the lineup only because the slugger still had a slim chance of winning the American League Triple Crown.

But with Judge’s batting average at .311 and Minnesota’s Luis Arraez at .315, who finished his season with a .316 average, the manager opted to go with his initial decision and sit Judge a day after he hit his 62nd homer of the season to break Roger Maris’ 61-year-old AL and franchise record.

“I was pretty set on giving him the day,’’ Boone said before the game.

It marked the end of an eventful regular season for Boone and the Yankees. 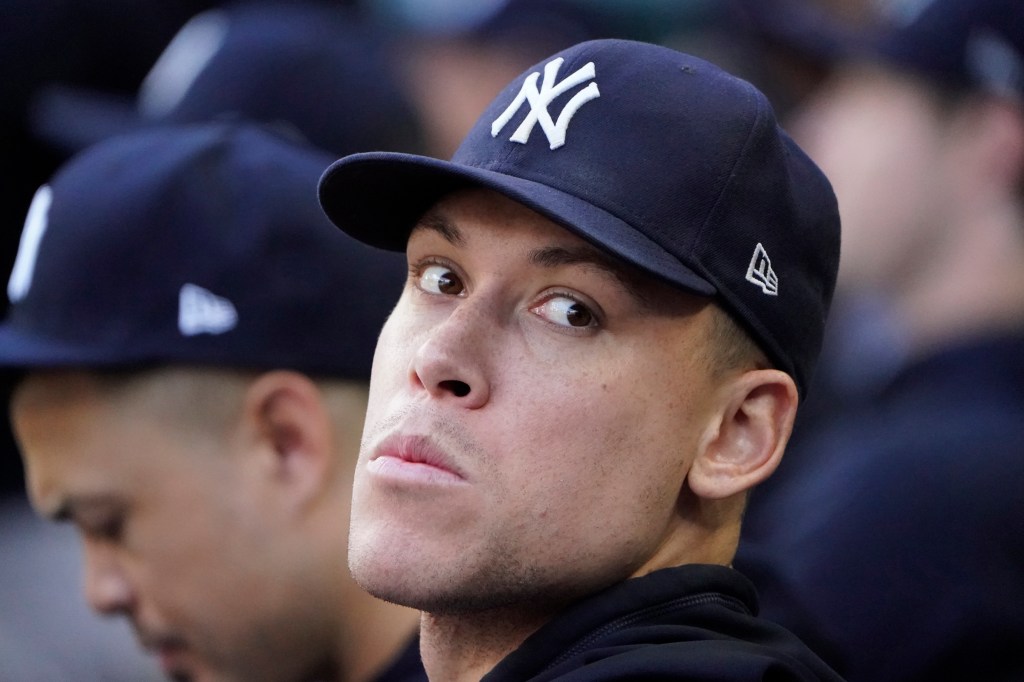 “Hopefully, there are still a couple chapters to write,’’ Boone said. “That’s the hope. Now, we have that opportunity to go chase that.”

The Yankees won their first AL East title since 2019 and locked up the No. 2 seed in the American League.

Asked what’s stood out to him the most this year, Boone said, “I think what Aaron has done shoots to the top of the list. To witness the season he put out there, we’ll be talking about it forever.”

Boone also noted that the Yankees captured the division despite it being the most difficult division in the game by far, with three teams heading to the postseason — including Toronto — and only the Red Sox finishing under .500.

“It’s a bear,’’ Boone said of the division. “Every team now is competitive or better. To survive that, go through the highs of the first half, when we raced out and nothing really went wrong for a couple months, to really hitting a roadblock for a six-week stretch when we were struggling, injured, beat up and persevered to finish the season like we needed to to win the East and give ourselves a shot to go chase our dream of a championship is special.”

After Wednesday, the Yankees will be off Thursday and then set themselves up for the ALDS with workouts at the Stadium.

They already know they will face either the AL Central champion Guardians or wild-card Rays in the ALDS starting on Tuesday in The Bronx.

“Tampa [Bay] we know really well and they know us well,” Boone said. “Cleveland has been one of the really good stories, with their young roster coming of age. They dominated the Central down the stretch. They pitch well, have an elite closer, good starting pitching, they’re adept at putting the ball in play and athletic. Hope those teams beat up each other a little bit.”

In the meantime, the Yankees will try to take advantage of their time off.

“You know at this point of the season, it’s gonna be a challenge,” Boone said of the playoffs. “We’ll await that and hope the down time serves us well and strike that balance of staying sharp and getting guys rested.”