The WWE world is devastated over the death of former professional wrestler Sara Lee.

Lee — who won Season 6 of WWE’s “Tough Enough” reality series — died at the age of 30, her mother, Terri Lee, announced in a Facebook post on Thursday. No cause of death was given.

“I’m sending my best wishes and a healing prayer to her family and friends. #RIPSaraLee,” Foley wrote.

As tributes from fellow WWE stars poured in on Twitter, WWE called the late wrestler an “inspiration to many” in the sports entertainment world.

“WWE is saddened to learn of the passing of Sara Lee,” read the company’s tweet. “As a former ‘Tough Enough’ winner, Lee served as an inspiration to many in the sports-entertainment world. WWE offers its heartfelt condolences to her family, friends and fans.”

Alexa Bliss, who tied the knot with singer Ryan Cabrera in April, took to Twitter to share a photo with Lee at their wedding.

“We love you Sara,” Bliss wrote. “So heartbreaking. Please keep Cory & their family in your thoughts and prayers.”

AEW star Saraya, formerly known as Paige, called the news “heartbreakingly tragic” in a tweet that included photos of the two.

“Sending love to her family,” Saraya wrote, adding a broken heart emoji. “Very sweet human who I got the pleasure to know and work with. RIP Sara Lee.”

It's very special to see the wrestling community come together in times of need. ❤️

This is so heartbreaking – what a beautiful person we’ve lost – and leaving behind 3 small children and a husband who always expressed how madly in love he was with her. I’m so so sorry. Just heartbreaking. https://t.co/SVXLLaG60r

Fellow wrestler Bull James organized a GoFundMe for Lee’s family, which was shared by a number of WWE stars, and called Lee “one of the good ones.”

“We’re all shocked and saddened by the sudden death of Tough Enough winner Sara Lee,” James wrote on the fundraising page. “As her loving husband, Cory [James Weston], picks up the pieces and continues to raise their 3 children, the last thing anyone in that position wants to be worried about is money and paying for a funeral and everything else that comes along with it.

“The wrestling community has always been one to come together in the wake of tragedy and this is no different. Every penny raised from this will go directly to Cory and the kids. Thank you all in advance. RIP Sara, you were one of the good ones.”

“This is so heartbreaking – what a beautiful person we’ve lost,” WWE star Kayla Braxton tweeted, adding the GoFundMe link in her post.

“And leaving behind 3 small children and a husband who always expressed how madly in love he was with her. I’m so so sorry. Just heartbreaking.”

“Absolutely heart breaking, life is too short,” Deville wrote. “Sara was awesome, sending love and prayers to her family and loved ones.”

WWE’s Carmella also shared the fundraiser in a tweet, writing, “This is so tragic. Praying for her family and loved ones.” 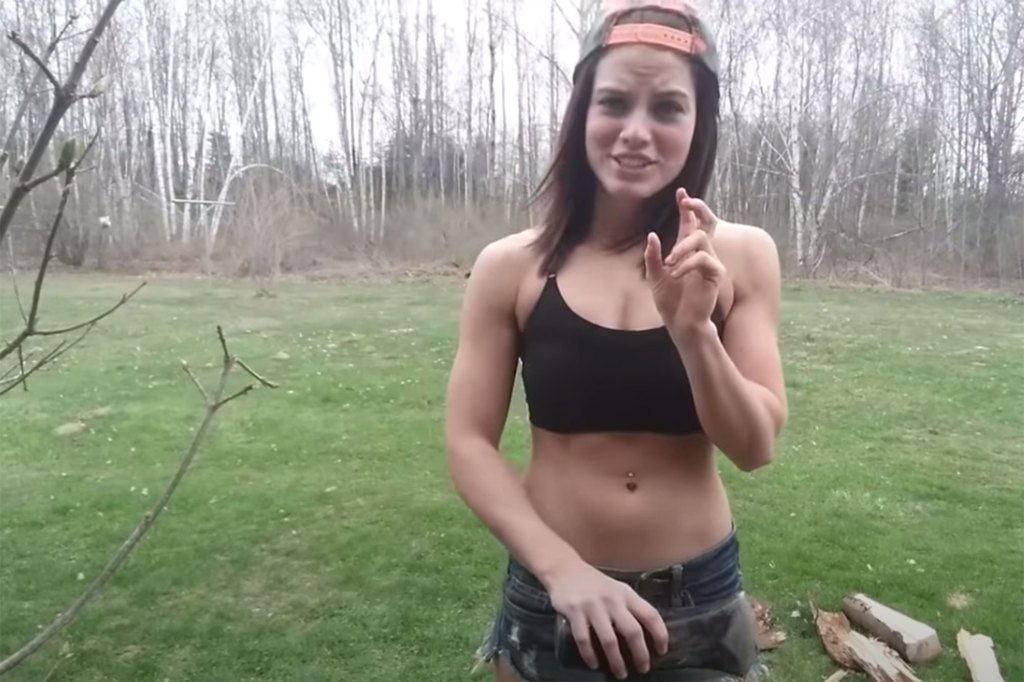 On Tuesday, Lee shared that she was recovering from a sinus infection in a post on Instagram. Just two days later, her mother announced that she had passed away.

“It is with heavy hearts we wanted to share that our Sara Weston has gone to be with Jesus,” Terri Lee wrote in a post on social media. “We are all in shock and arrangements are not complete. We ask that you respectfully let our family mourn.”

Lee was released by the WWE in September 2016 after the end of her one-year contract with the company. She went on to wrestle on the independent circuit.