Queens native Tichina Arnold, who rose to fame on “Martin,” as Pam, said that the “Suspicious Minds” episode, where his CD player goes missing was her all time favorite.

“I literally almost tinkled on myself, laughing,” Tichina told me on “Renaissance Man.”

“We had fun literally every day,” she said, adding that initially, “We didn’t know what we had.”

The show became a massive pop culture hit. And on set, Martin Lawrence truly ruled the roost and his television inexperience led to a lot of laughs.

“When he first started the show, we used to have to push him on his mark because he wasn’t used to, you know, the semantics of working in front of the camera,” she said. “So if you go back to your earliest shows in that first season, you’ll see Martin laughing because we’re pushing him on his marks.”

Tichina dropped some Martin trivia including that Pam was originally written for a heavyset girl. But she helped change the character physically and also the script because she was so witty.

“When I booked the role, you know, I was skinny then. I’m not anymore. So once I got the role, Martin and his crew didn’t realize that I knew how to crack jokes, too,” she told me. “All the things that happened off camera, they started just, you know, putting them in the script.”

Fans of Martin knew that Gina, who was played by Tisha Campbell, and Pam were groundbreaking characters, especially for black women who saw themselves in the duo. But Tichina, who has much darker skin and was often the target of Martin’s jokes on the show, said she has heard accusations of colorism, too.

“Martin cracking on Pam did not come from a mean place. And the reason why I could say that, because I was there as we were developing it. Where that came from was that me and Martin really went back and forth like that,” she said. “Our relationship and our dynamic was really built upon, me being the best friend and you know, the best friend is always a third wheel. She’s always the hater … It had nothing to do with color so that, you know, black women, dark-skinned women, they get insulted … So it was not derived from that at all because that’s not how Martin is.”

Martin was on the air from 1992 until 1997 and was no doubt a transformative role for Tichina, and she kept landing on great sitcoms including as the family matriarch on “Everybody Hates Chris.” She’s currently on “The Neighborhood” with Cedric the Entertainer. Most recently, she made her directorial debut with a 20-minute short for breast cancer awareness on BET Her called, “Oh Baby Baby.”

“I kind of shied away from [directing] because like, you know, that’s something else I have to learn. I’m just not ready to do it,” she said, before finally diving in. “I let go of that unknown feeling of fear, of doing something else.” 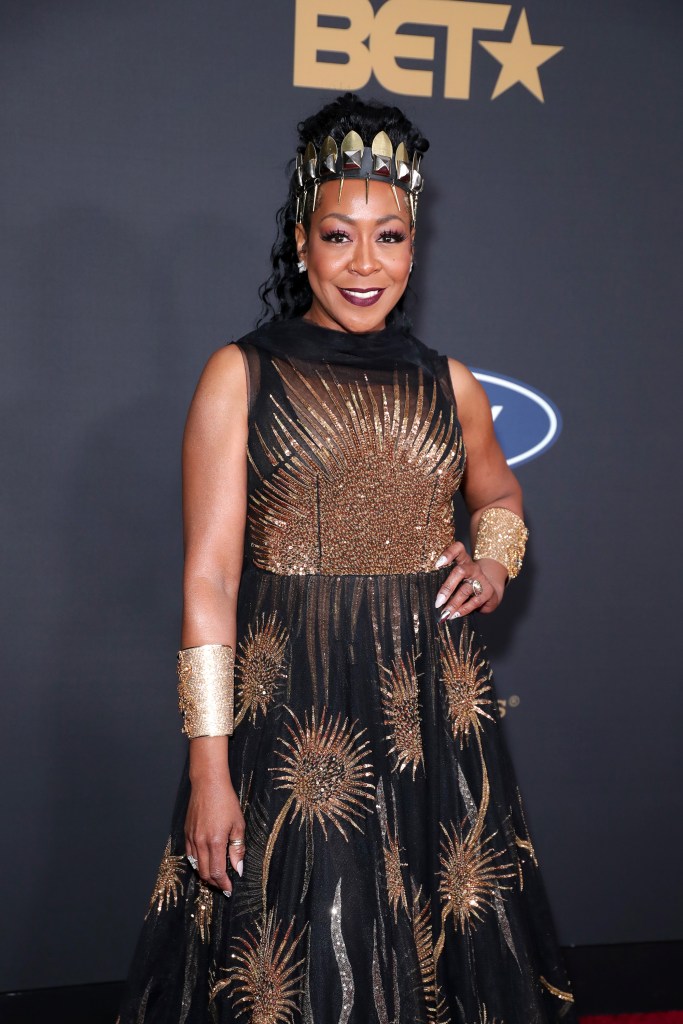 And, of course, she nailed it. Tichina is a multifaceted talent who started out singing as a kid, and to follow her dreams, she was forced to be independent. Her mother worked for the Department of Sanitation and her father was a cop in Brooklyn, so they couldn’t take off work to shuttle her to auditions. As a tween, she learned to navigate the subway system and went on her own.

She was hungry to sing and act and looked up to performers like Sherman Hemsley, Nell Carter, Carol Burnett, Lily Tomlin, Gladys Knight and Flip Wilson. She loved “All in the Family” because “they had real issues.”

“And I love the way [Norman Lear] presented them. It was palatable. You know, a lot of times we don’t like the truth, but sometimes you have to face the truth … It’s important we tell real stories.”

That’s what Tichina has been doing for decades.

When I asked her what we can expect next from her current show “The Neighborhood,” she gave me three words: “More good s–t.”

Detroit native Jalen Rose is a member of the University of Michigan’s iconoclastic Fab Five, who shook up the college hoops world in the early ’90s. He played 13 seasons in the NBA, before transitioning into a media personality. Rose is currently an analyst for “NBA Countdown” and “Get Up,” and co-host of “Jalen & Jacoby.” He executive produced “The Fab Five” for ESPN’s “30 for 30” series, is the author of the best-selling book, “Got To Give the People What They Want,” a fashion tastemaker, and co-founded the Jalen Rose Leadership Academy, a public charter school in his hometown.