A woman left fellow travellers stunned over her outfit of choice as she made her way through an airport terminal.

However, it was her nude-colored pair of tights that had some people doing a double-take.

“Not my girlfriend wearing these leggings at the airport and everyone thinking she was naked,” Scott captioned the clip. 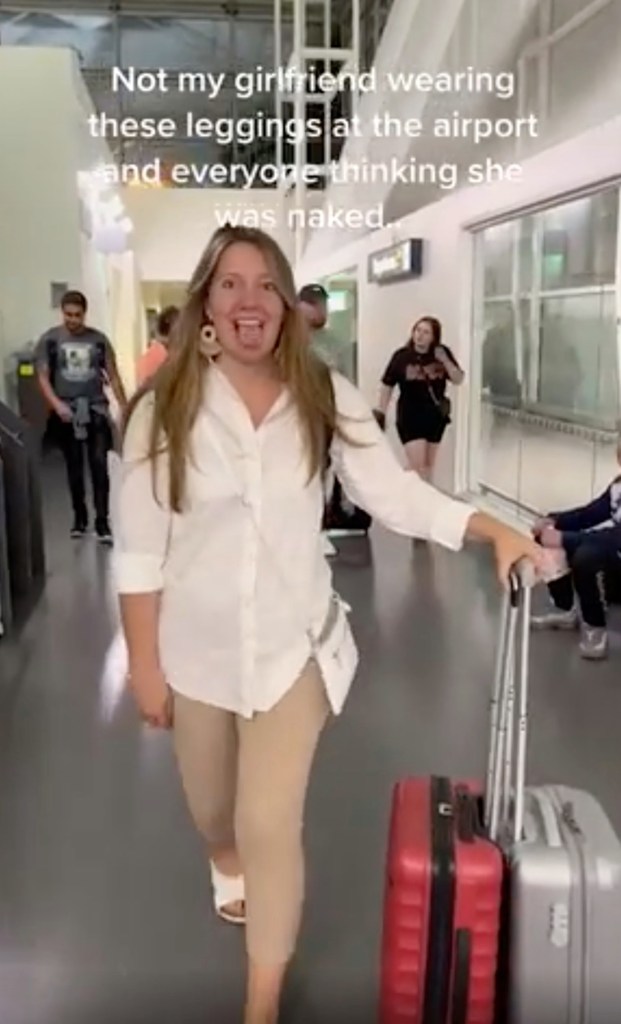 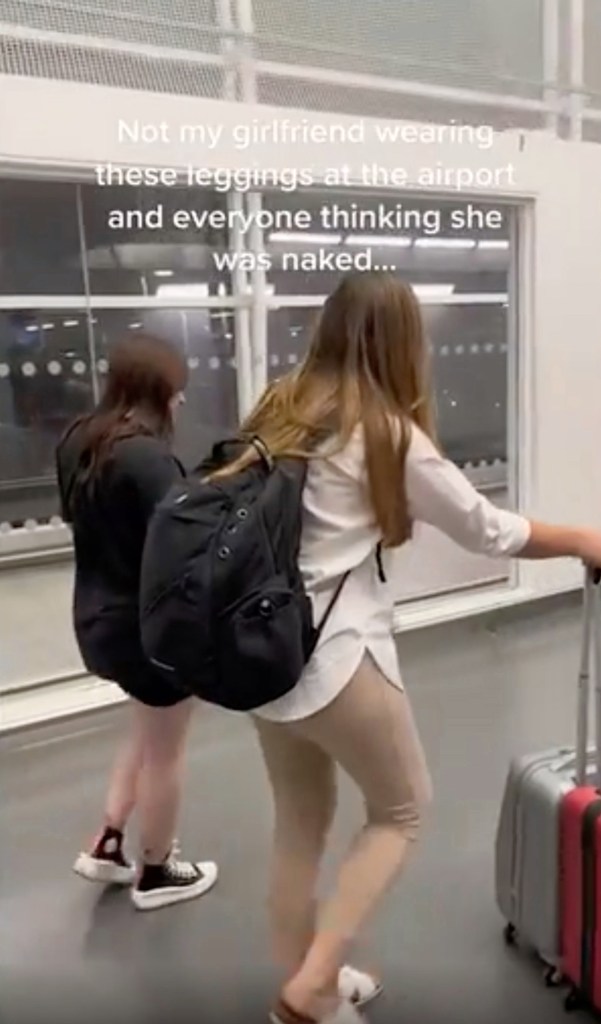 “Travelling through the airport with my girlfriend really be like this,” he added, alongside a laughing emoji. “Probably not the best choice of airport outfit.”

“It doesn’t even look too bad on video,” he said. “But the people we were travelling with thought she wasn’t wearing pants.”

Scott’s clip has been viewed more than 208,000 times with many agreeing they too had to check she wasn’t nude.

“I would definitely have taken a double-take,“ one person wrote.

“In the video it doesn’t look bad, but I know I’d be one of those people doing a double-take and it’s why I avoid (nude colour) so much,” said another.

One TikTok user revealed they once saw girl dressed similarly at an airport in Mexico.

“I did indeed think she was naked waist down,” they wrote.

One admitted: “OMG I thought she was naked,” while a third added: “To be fair, I would have looked twice.”

Others disagreed, with one saying, “It doesn’t look like she’s naked. At least not from the video.”

Another added: “Are people colour blind?”