Conspiracy theorist Alex Jones declined to take the stand in his own defense Wednesday in the Infowars host's second defamation trial over his Sandy Hook comments, as jurors are slated to begin deliberating the damages this week.

Standing outside the Connecticut courthouse on Tuesday, Jones called the trial a "fraud" and told reporters he was likely not going to testify again because he could be held in contempt if he says he is "innocent."

"I'm being ordered to perjure myself when they ask me questions, or I'll be arrested if I tell the truth," he said. 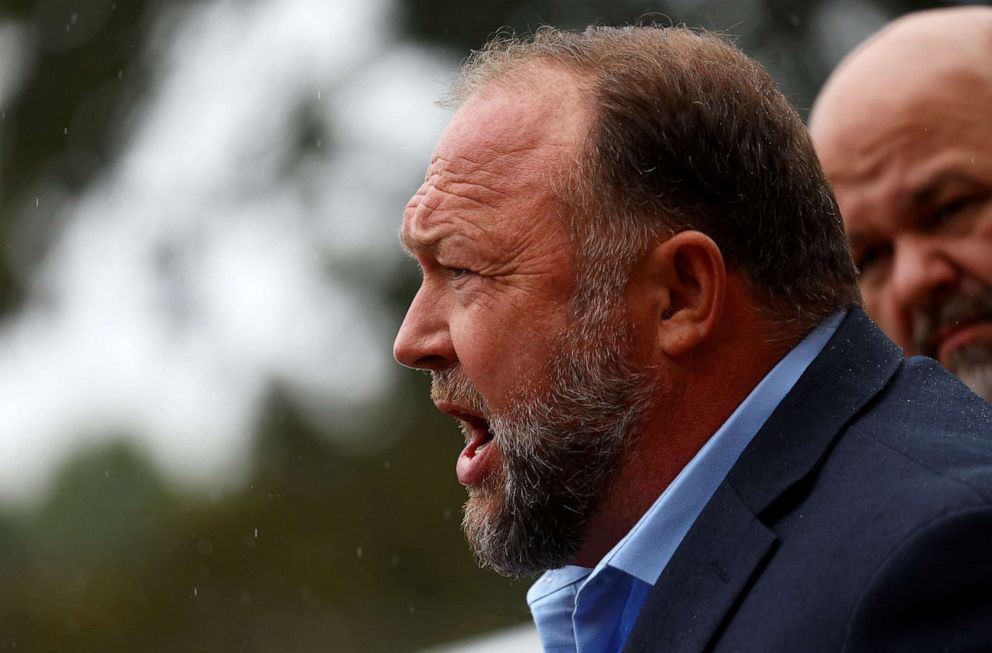 His attorney, Norm Pattis, told the court Wednesday that Jones is "boycotting" the trial because he would commit perjury if he testifies under the court's orders.

Pattis did not call any witnesses for the defense, which is aiming to limit the amount of damages Jones must pay for calling the 2012 massacre at Sandy Hook Elementary School a hoax.

The six-member jury is expected to begin deliberating on Thursday after hearing closing arguments. 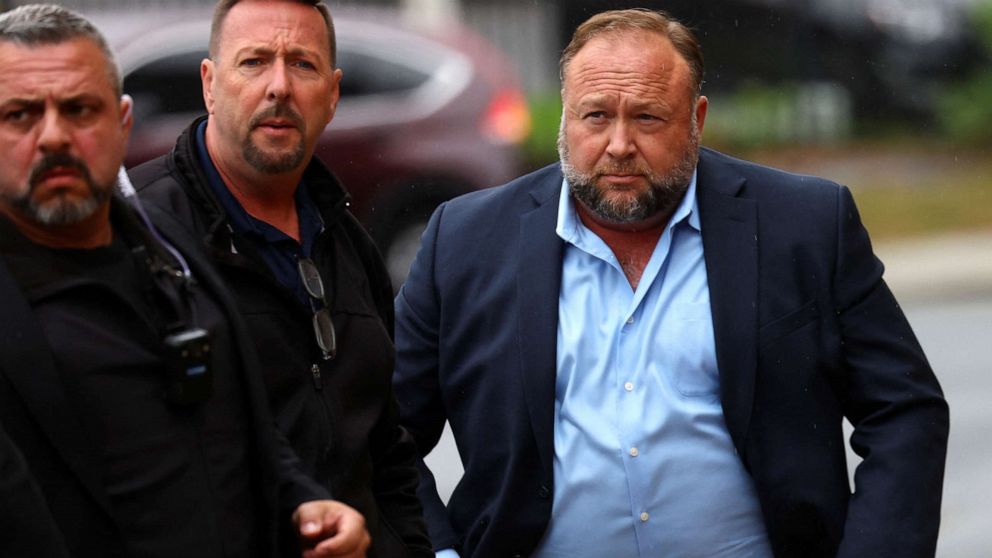 Infowars founder Alex Jones arrives with private security guards to speak to the media after appearing at his Sandy Hook defamation trial at Connecticut Superior Court in Waterbury, Conn. Oct. 4, 2022.

The judge last year found Jones and Infowars' parent company, Free Speech Systems, liable in the defamation lawsuit, whose plaintiffs include an FBI agent who responded to the scene and eight families of victims that Jones called actors.

Parents of some of the 20 children killed in the massacre have testified during the weeks-long trial, detailing how they have faced years of death threats, rape threats and confrontations outside their homes from people who believed Jones' lies.

Jones did testify last month after called to the stand by the plaintiff's attorney. During the tempestuous testimony, Jones suggested the families who sued him have a political agenda because they are advocates for gun safety.

After the plaintiffs' attorney, Chris Mattei, at one point told Jones to "show a little respect" to the families of victims in the courtroom, Jones responded, "I've already said I'm sorry hundreds of times and I'm done saying I'm sorry."

During the trial, Mattei accused Jones of putting a target on the backs of families through his repeated lies about the massacre being a government-staged hoax and the families of victims being crisis actors.

Prior to testifying, Jones has spoken out amid the trial outside the Waterbury courthouse, calling the judge a "tyrant" and the trial a "political hit job."

In August, a Texas jury ordered Jones to pay nearly $50 million in damages to the parents of one of the victims -- including $4.1 million in compensatory damages for the suffering he put them through and $45.2 million in punitive damages.

The judge in the case has yet to rule on whether to apply state caps for punitive damages to the amount awarded to the plaintiffs -- Neil Heslin and Scarlett Lewis, whose son Jesse was killed.

In both the Texas and Connecticut cases, the judges issued default judgments against Jones because he failed to turn over court-ordered documents.

A similar decision was issued in a second Texas defamation case last year involving Leonard Pozner and Veronique De La Rosa, whose son Noah was killed in the shooting. A trial to determine those damages has not yet started.