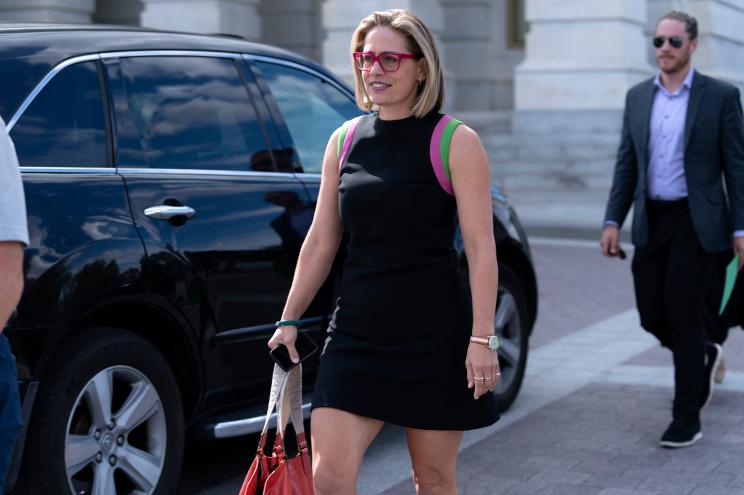 Sen. Kyrten Sinema of Arizona had switched from Democrat to Independent. AP

Arizona Sen. Kyrsten Sinema announced Friday she had registered as an Independent, leaving the Democratic Party just days after it won a hard-fought run-off race in Georgia to secure 51 seats in the Senate.

“I have joined the growing numbers of Arizonans who reject party politics by declaring my independence from the broken partisan system in Washington,” she said in a op-ed for local media outlet Arizona Central.

Sinema, in a separate Politico interview published Friday, said she would not caucus with the Republican Party. If that holds, Democrats could still maintain greater control in the closely divided chamber.

Senator Raphael Warnock’s victory in Tuesday’s runoff election in Georgia had handed them their 51st seat.

Two other current senators – Bernie Sanders of Vermont and Angus King of Maine – are registered independents but generally caucus with Democrats.