When Mayor Eric Adams was running for his office, he promised to cut subway crime. Now the subways are more dangerous than they’ve been in a quarter-century, as yet another commuter joins the ranks of those “randomly” killed. Adams had better step up his game — and stop giving Gov. Kathy Hochul a pass for making his job more difficult.

Add Tommy Bailey, 43, a steamfitter father of two, to the growing toll of people murdered on the subway since March 2020. Bailey was commuting home on the L train in Brooklyn at the perilous hour of 8:45 p.m. Friday when a stranger slashed his throat. He bled out on the platform.

Bailey follows five other subway-killing victims this year: Ethan Reyes in Harlem in July, Daniel Enriquez in Brooklyn in May, Marcus Bethea in Queens in April and, in January, Michelle Go in Manhattan and Roland Hueston in The Bronx.

Subway murders skyrocketed in March 2020, just as the city was locking down. That month, Garrett Goble, a train operator, was killed trying to save his passengers from an arson fire. Many people dismissed it as a tragic aberration.

After all, the subways were safe: Over the previous full three years, a total of four people had been killed there. New York hadn’t seen even five subway murders in a single year since at least 1997 — and in most years, the number was one or two. Little to worry about.

This, when ridership is still 62% of normal. No other category of violence has increased multi-fold in this way, from one or two a year to seven a year — not above-ground murders, not traffic deaths.

Tommy Bailey was only the latest victim of subway violence.

Subway deaths remain high, even as the mayor, to his credit, has gotten the overall murder rate down 11.8% this year.

The transit advocates and the urbanists continue to dismiss this crisis. But they are a lost cause. By transforming what was a broad, apolitical movement — we all need safe subways — into a left-wing movement in denial about the issue, they’ve rendered themselves politically irrelevant.

If your only answer to subway murder is that we have to cure everyone in the world of drug addiction, mental illness and homelessness, rather than re-embrace what worked well for three decades in neutralizing a tiny number of people who are terrorizing millions, then you have no answer. 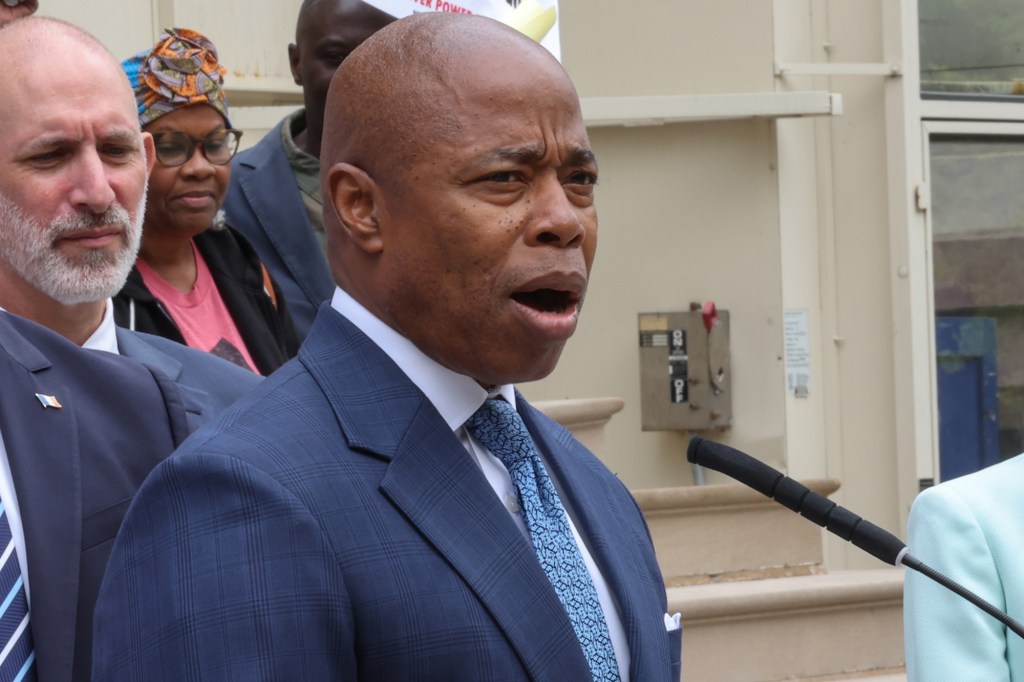 This entirely ignores the fact that nobody avoids the subway because he fears having his wallet pickpocketed.

And it’s a big change from Adams’ rhetoric as candidate last year, when he said, “Progress cannot be derailed by crime and New Yorkers living in fear of being slashed, roundhouse punched or robbed on their way to work or on their way home.”

What people fear is exactly what is happening, in far higher numbers than since the early 1990s: random stranger-on-stranger murders, comprising nearly all the subway murders since 2020. Most murder victims above ground know their killers (not that it’s any excuse).

And this isn’t gun violence, so Adams can’t blame the Supreme Court. Four out of this year’s six subway murders were stabbings and pushings.

The police are doing their jobs in that they’re interacting with more anti-social actors before these people commit a violent crime. In August, civil summons for behavior like farebeating was up 58.8% compared with August 2019.

But arrests in the transit system are still 12.1% lower than they were in August 2019. That’s because the police are just not supposed to arrest people engaged in “small” crimes. Inconveniently, these are the people who commit bigger crimes — it would be shocking if Bailey’s killer paid his fare.

And when police do arrest someone, he’s right back on the street. The violent con who attacked and nearly killed Elizabeth Gomes on a Queens subway platform last month had been freed by Hochul’s policies, on two separate counts: bail reform and parole reform.

It’s time for Adams to re-acknowledge it’s reasonable for constituents to expect to get home from work without having their throats slashed and to call on Hochul to fix the deadly policies that prevent such assurance — now. The subway-murder crisis is Adams’ and Hochul’s responsibility.

Nicole Gelinas is a contributing editor to the Manhattan Institute’s City Journal.