The 111-win Dodgers are pretty quietly one of the best teams ever, but the Astros have a much easier road to the World Series. While my preseason pick was Dodgers over Astros, I’m not positive LA is the real favorite now, not with that difficult National League road.

1. Astros. The other AL teams are flawed. Their pitching is the best in the league, and the lineup may be, too. Odds to win World Series: 3-1.

2. Dodgers. The plus-334 run differential says this was no fluke. The only concern is the NL gauntlet. Odds: 7-2.

4. Yankees. Aaron Judge is getting most of the supporting cast back. The pen, however, remains a major question mark. Odds: 9-1.

5. Mets. That one-two punch is huge, they have starting depth and they won’t lose games in the ninth. Odds: 12-1.

6. Cardinals. They have greats in their prime and more greats nearing the end. History tells us they are an October organization. Odds: 18-1. 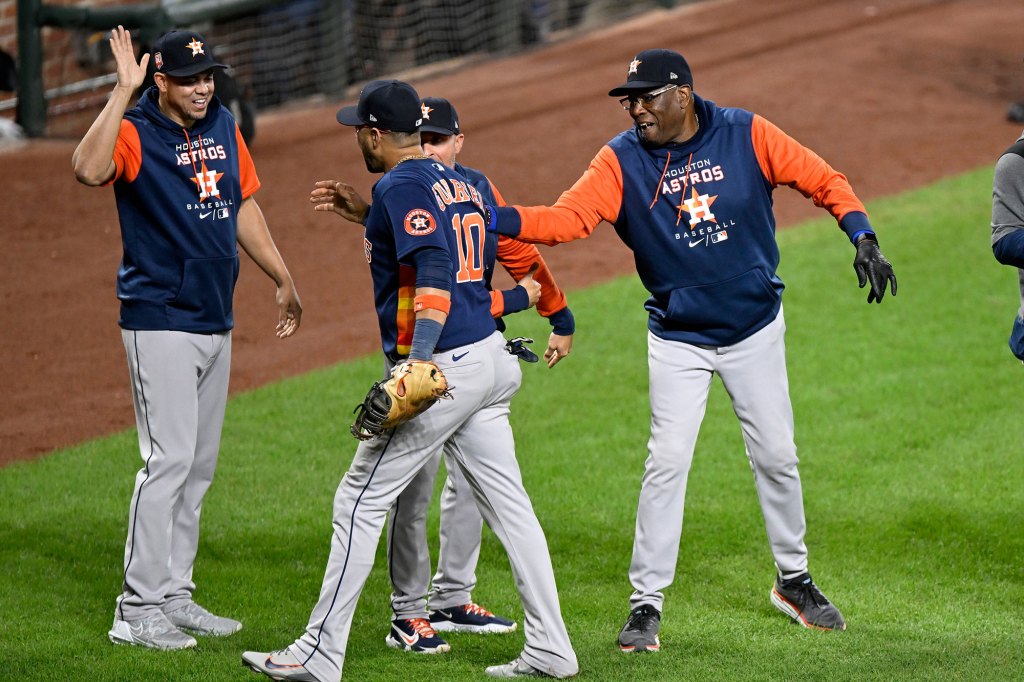 9. Mariners. Luis Castillo gives them a dynamic rotation, and there’s a lot of excitement after a two-decade playoff hiatus. Odds: 40-1.

10. Guardians. The youngest team finished hotter than anyone in the AL. Odds: 50-1.

11. Phillies. One Philly person questioned whether they even deserve to be here. But they do have a very good lineup and nice one-two rotation punch. Odds: 75-1.