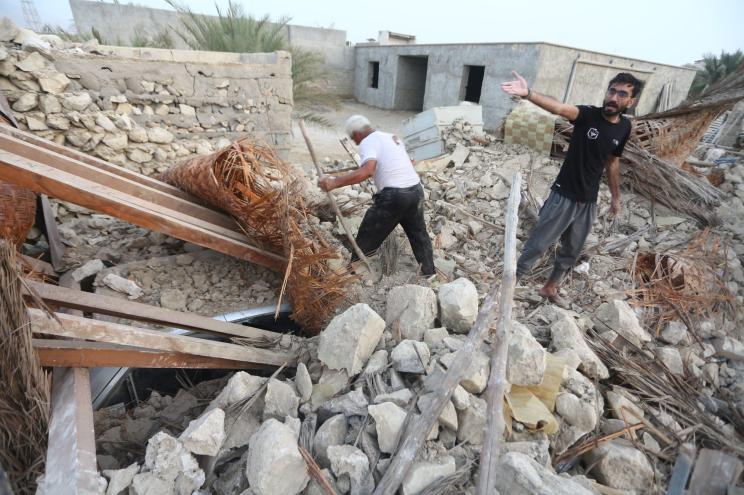 Two men stand in the rubble of their home after a major earthquake in the village of Sayeh Khosh in Holmozgan, southern Iran. I am. ABDOL HOSSEIN REZVANI / EPA-EFE / Shutterstock

At least 5 people died and 49 were injured at magnitude 6.1 The earthquake that occurred in southern Iran early on Saturday was reported by state media. The area was also hit by two strong earthquakes with a magnitude of up to 6.3.

Following the 2 am local time earthquake that flattened the village of Sayeh Khosh near the Gulf of Iran in Holmozgan, two 24 tremors of magnitude 6.3 and 6.1 occurred. Authorities told state television that the most recent tremor occurred around 8 am.

"The first earthquake killed all the victims, and in the next two violent earthquakes, people were already out of the house, so no one was harmed. "I did," said Foad Moradzadeh, Governor of Bandar. The country of Renge quoted by the state press IRNA.

Emergency services spokesman Mojtaba Khaledi told state television that half of the 49 injured were discharged from the hospital.

Officials said the search and rescue operations had ended.

Saeed Purzade of the Kish Island Crisis Task Force said the Gulf shipping and flight were unaffected by the earthquake.

According to State TV, 150 earthquakes and tremors have hit western Holmozgan in the past month.

The major geological fault lines that cross Iran have been hit by several catastrophic earthquakes in recent years. In 2003, a magnitude 6.6 earthquake struck Carman, killing 31,000 people and flattening the ancient city of Bam.