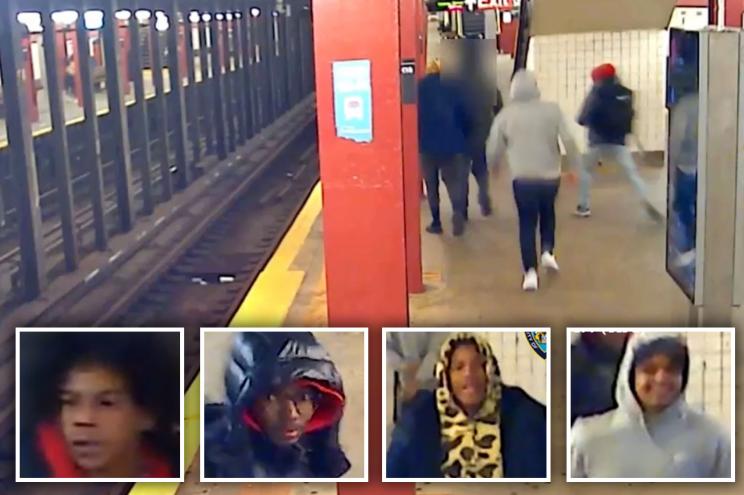 Two young men - 19 and 20 - were attacked in separate incidents in the city's subway system last week, and cops released surveillance of the suspects. NYPD

The city’s latest subway crimes include a teenager being bitten and stabbed by a baby-faced suspect when the victim confronted a group of people vaping on a Brooklyn platform, cops say.

Two days earlier, a trio of creeps also mugged a 21-year-old man of his cell phone as he waited for an F train in Queens, authorities said.

The bitten 19-year-old victim had been waiting for a C train at Pennsylvania Avenue in East New York around 2:45 p.m. Wednesday when he clashed with six people who were vaping nearby, authorities said.

The young-looking suspect, shown in surveillance images released by the NYPD on Sunday night, then knifed the victim in the torso and bit him on the forearm, cops said. 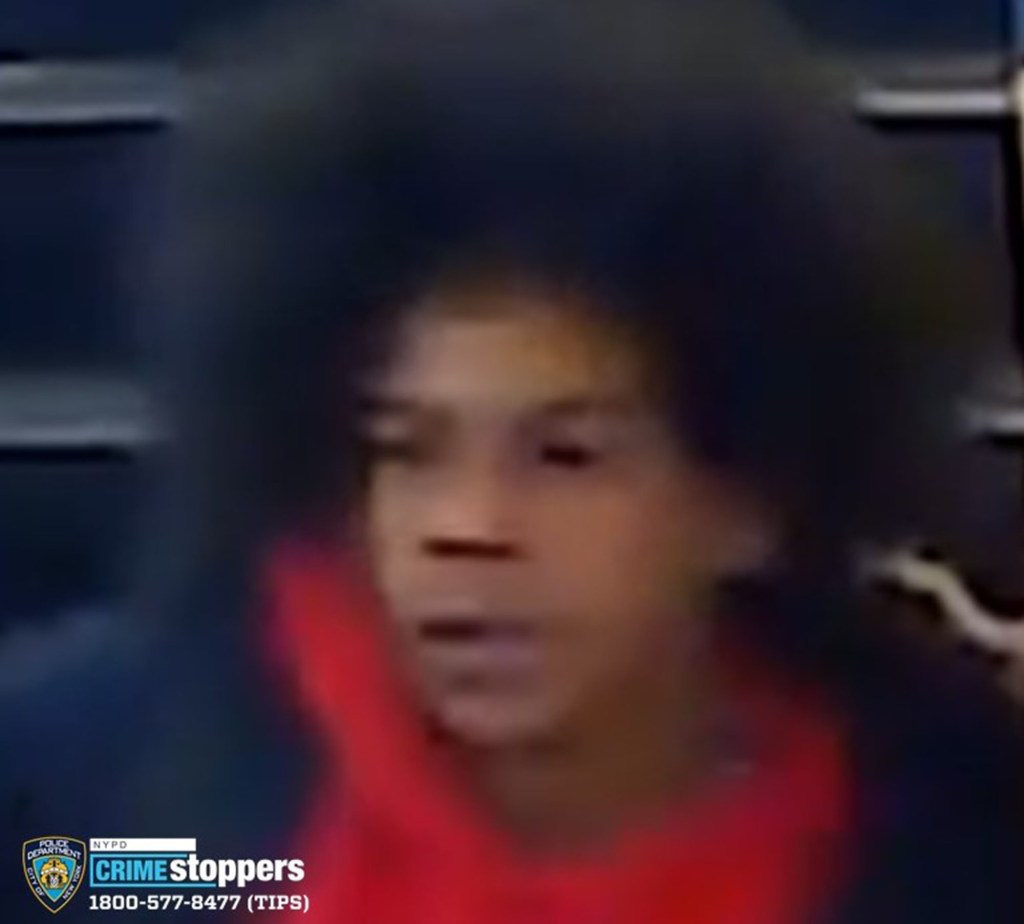 The victim was taken to Interfaith Medical Center, where he was listed in stable condition.

Photos show the assailant wearing a black jacket over a red hoodie and black pants. 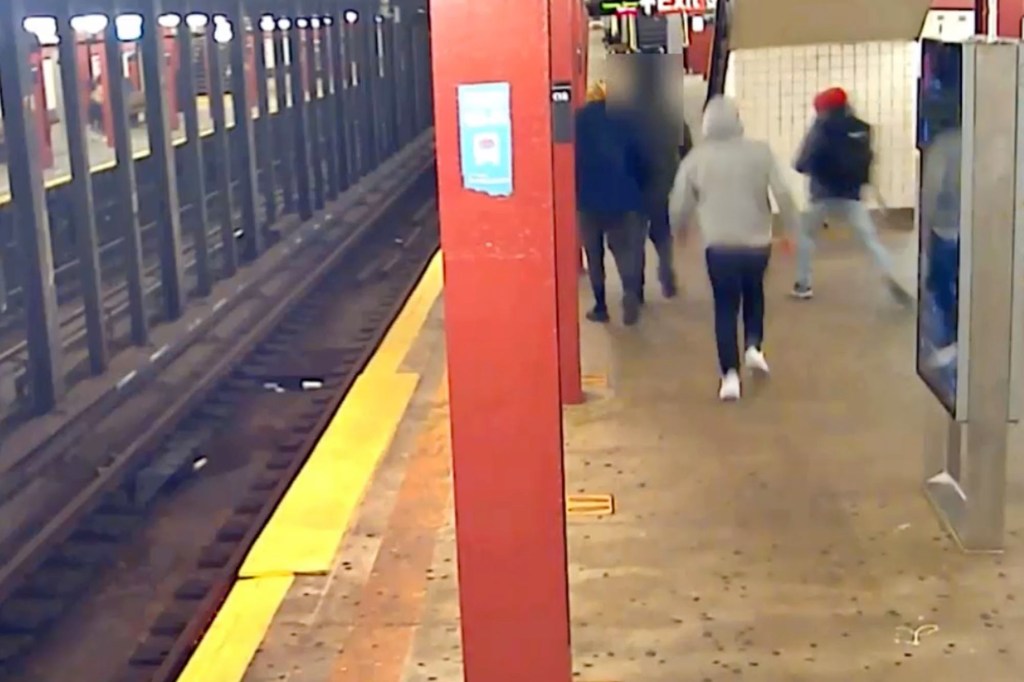 That victim was standing on the platform at the Parsons Boulevard station in Jamaica Hills around 8 a.m. Nov. 21 when the group surrounded him, punched him in the face and grabbed his phone, video released by the NYPD shows.

Police are still looking to track down the suspects.