Patriots rookie quarterback Bailey Zappe made his regular-season debut during Sunday’s game against the Packers in Green Bay after veteran Brian Hoyer was ruled out due to a head injury. As the fourth-round pick made his way onto the field, girlfriend Hannah Lewis celebrated on Instagram. 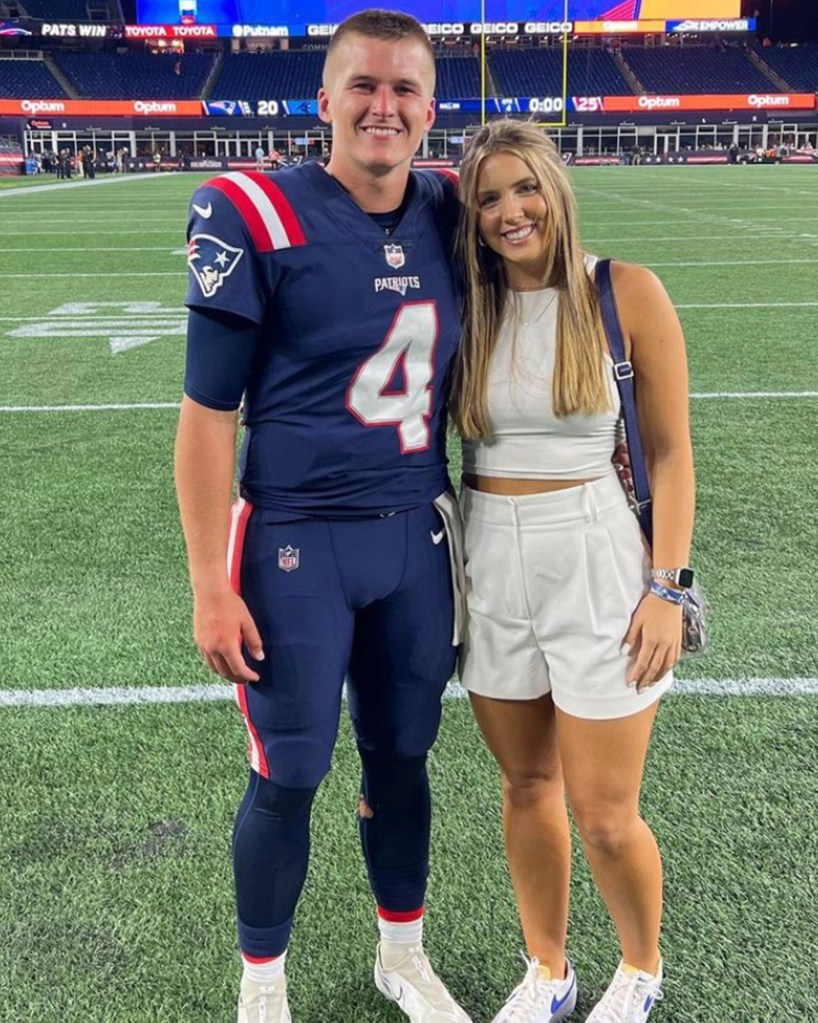 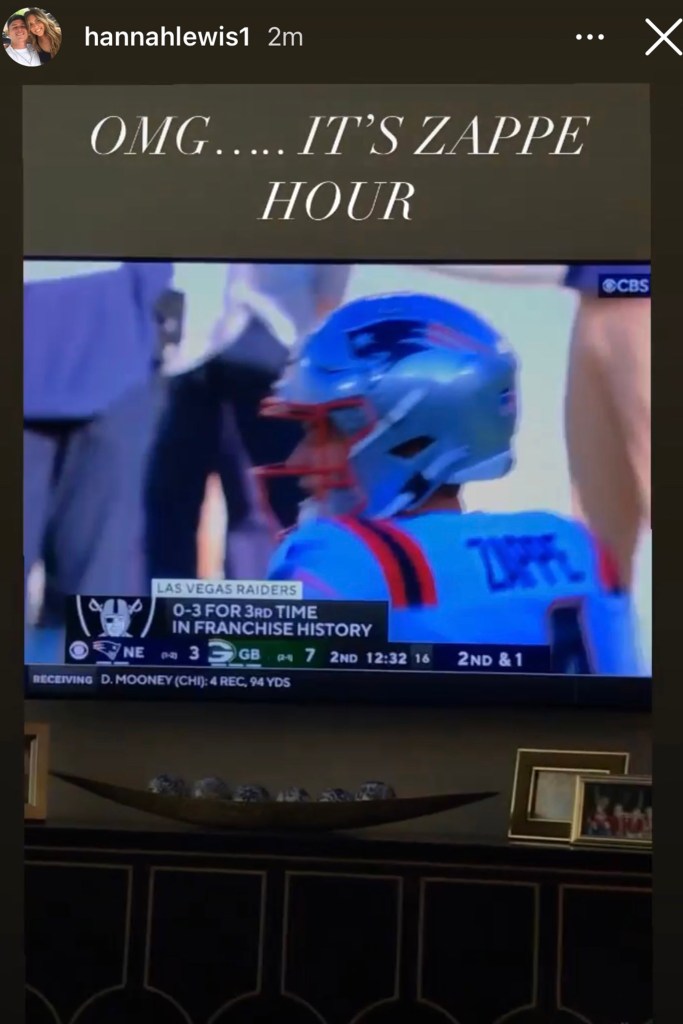 “OMG… It’s Zappe Hour,” she exclaimed in an Instagram Story.

Earlier in the day Sunday, Lewis — who recently celebrated her anniversary with Zappe — posted a game-day photo as she rocked the quarterback’s jersey.

“Game day with snicks and Tay, oh and go Bay!! #patriots,” she captioned the post.

Zappe, 23, had been serving as Hoyer’s backup until the latter exited the game before the half. Hoyer originally replaced injured starter Mac Jones this week, after the second-year quarterback suffered a high-ankle sprain in last week’s loss to the Ravens.

Zappe saw some preseason action over the summer, months after the Patriots selected him 137th overall out of Western Kentucky. Lewis commemorated the moment he was drafted in a touching Instagram tribute. 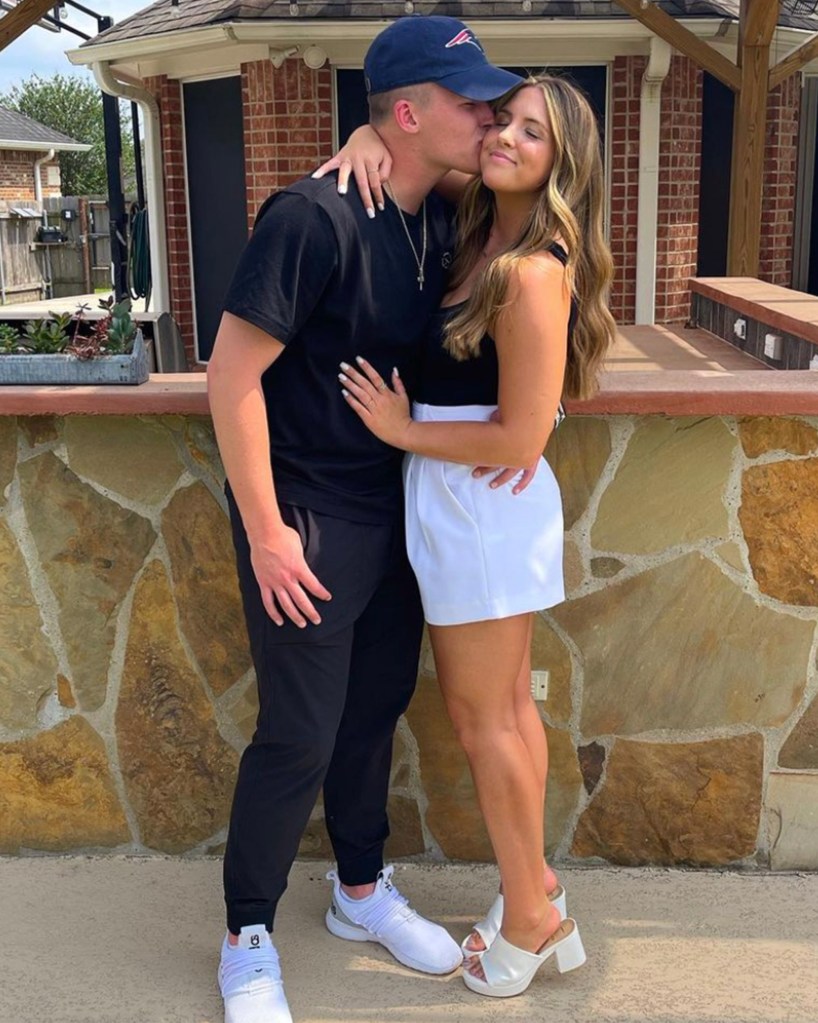 “Bailey Michael Zappe, watching you work so hard to achieve your dreams has been nothing short of amazing!” she wrote this past spring. “When we first met and I asked you what you wanted to do when you got out of college you answered with no hesitation, NFL. Through all the many odds you persevered and made your dreams come true. You inspire me everyday and you should be so proud of yourself. I love you!”

The couple celebrated their five-year dating anniversary in September.