A gorgeous brindle mix pup in New Jersey is looking for a forever home.

Carmine, who's estimated to be about two years old, is currently up for adoption at Sammy’s Hope Animal Welfare and Adoption Center located in Sayreville, N.J., in Middlesex County.

While Carmine’s origins are unknown, it’s clear he lived in a home previously, as he appears to be house-trained and walks "nicely" on a leash, according to the shelter.

Staff at Sammy’s Hope told Fox News Digital they’re just happy he found his way into the safety of their shelter.

At two years old, Carmine has an "old-school" charm, the staff reported, and he prefers to take a little time to warm up to new people.

Carmine enjoys hanging out with his friends, cuddling on laps, eating well and going for long walks on the beach, the staff also said.

THINKING OF ADOPTING A SHELTER DOG? HERE'S WHAT YOU MUST KNOW

"He’s up to trying just about anything as long as he is doing it with friends," the staff at Sammy’s Hope reported. 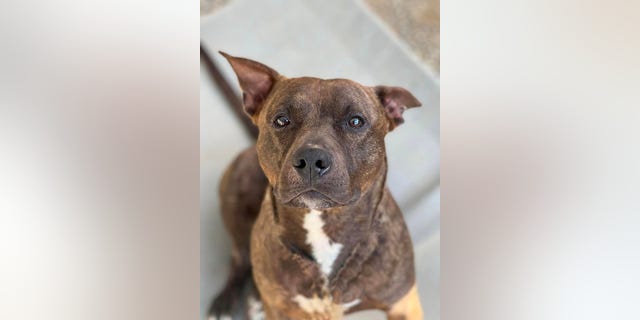 The young pup is eager to find a home to call his own as well as owners who are caring, patient and loving, the shelter noted.

ALABAMA MAN IS REUNITED WITH DOG AFTER IT WAS SWEPT OFF IN CARJACKING: HE'S MY ‘LITTLE BUDDY’

Sammy’s Hope added that Carmine just "knows the right family is out there" for him. 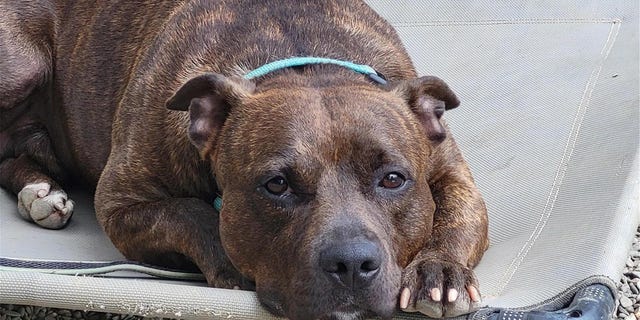 Carmine, a brindle mix, lounges on a cot as he awaits his forever home. (Sammy's Hope Animal Welfare and Adoption Center)

"If you are looking for a lifelong friend, someone that will always forgive, someone with a constant smile on his face, and someone to show you unconditional love — look no further," the shelter said.

"Once Carmine has your heart, there’s no turning back."

Want to read about other pets up for adoption? Check out this article from Fox News Digital: Adorable buff tabby in need of adoption in Utah: ‘Such a sweet girl’