Iran’s heroic women-led protesters have undermined the Islamic regime’s stability and shaken the theocracy’s viability to its core. This extraordinary movement was started by women, particularly young women, bravely and fearlessly risking their lives to defy a ruthless regime — a fact brutally brought home Thursday as Iran executed the first prisoner from this round of protests.

A new generation is rising up to fight for a future of freedom; but Team Biden isn’t giving it the recognition and support it deserves.

While reports Iran would disband its morality police — which killed 22-year-old Mahsa Amini for incorrectly wearing her hijab, sparking this movement — proved false, the regime is clearly facing an unprecedented and existential threat. This leaves President Joe Biden with both an obligation to meet and an opportunity to seize.

The president has a responsibility as the leader of the free world to support the Iranian people, who are putting their lives on the line to fight for basic freedoms and self-determination. 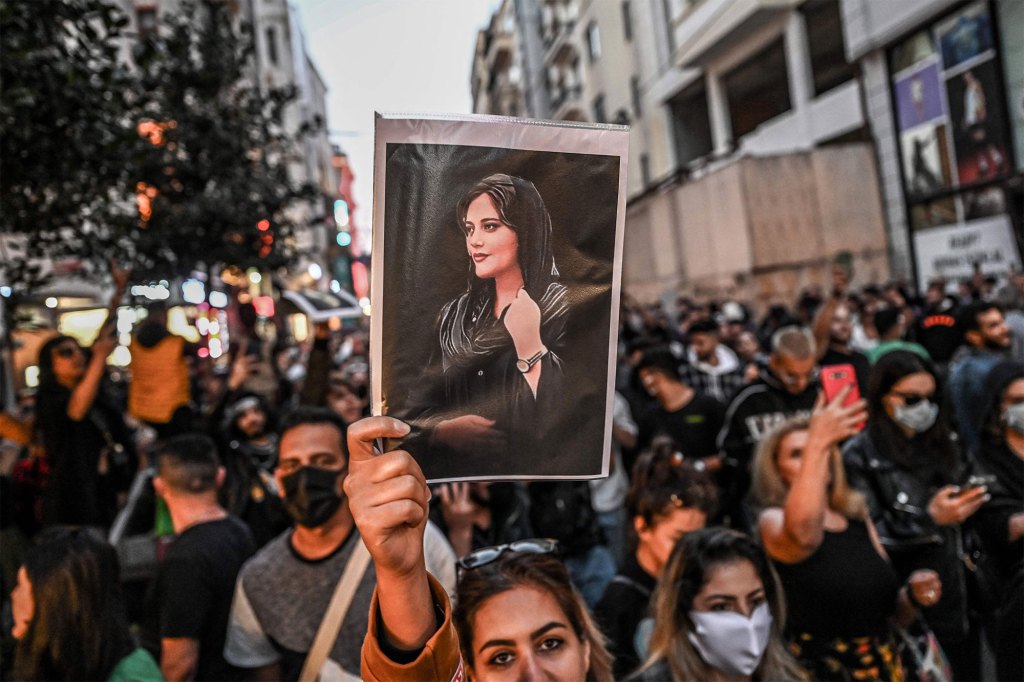 At the same time, the administration has a historic shot to weaken a repressive and ruthless regime that seeks the complete and total destruction of America and our allies. The destabilizing effect these protests have had on the regime represents a harbinger of the change that could well emerge with the appropriate degree of support and encouragement from the West.

The importance of standing with the Iranian people cannot be overestimated, now and in the future. Besides repressing basic freedoms at home, the theocracy has provided Russian troops drones to use against the Ukrainian people and enhanced its emboldened nuclear program, all while fomenting terrorism around the world.

Regrettably, Biden seems poised to repeat the mistakes of his former boss, who prioritized reaching a deeply flawed nuclear deal with the regime over the Iranian people.

President Barack Obama, who was singularly focused on inking the deal, refused to support the Iranians challenging blatant fraud in their 2009 presidential election. This gave the ayatollahs much-needed economic relief and a free hand to violently crush dissent.

President Biden has been wary to say or do anything that could derail the talks for a return to the 2015 deal. His tepid response to the protests is a strategic miscalculation and an endangerment of our national security, as well as the security of our allies.

The closest Biden has come to directly expressing support for the Iranian people was in the form of a dangerous gaffe. He claimed the United States was “going to free Iran” — a gift to the regime, which pointed to those remarks as “proof” of American meddling, and an embarrassment for the administration, which immediately walked the president’s words back.

Of course, the United States should not directly intervene to bring about a regime change. That would give credence to Supreme Leader Ali Khamenei and President Ebrahim Raisi, who blame the protests on US and Israeli interference. 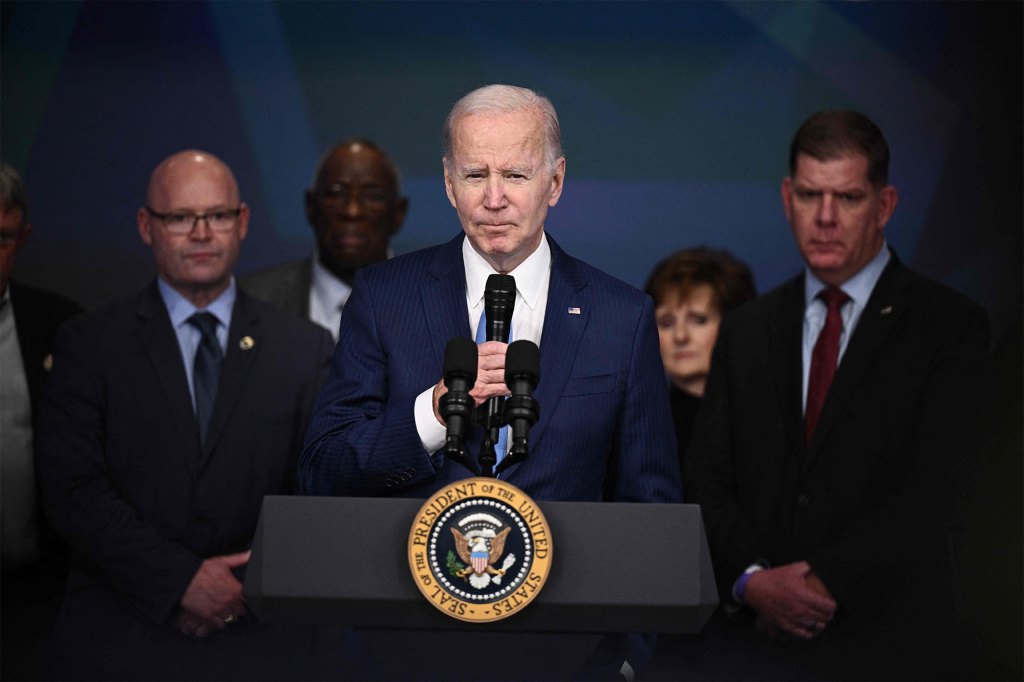 That being said, this is no time for America to stand idly by. Iran’s security forces have killed at least 458 protesters, including 63 children, and demonstrators have begun targeting government officials.

This isn’t an isolated incident. In 2009, protesters of a fraudulent presidential election were beaten and shot dead in the street. In 2019, authorities killed an estimated 1,000 during anti-government demonstrations sparked by gas price hikes.

Biden’s ongoing pursuit of a nuclear deal with the regime, despite its disturbing record of undemocratically and viciously cracking down on legitimate protesters, has drawn bipartisan criticism. Democratic Sen. Tim Kaine hinted Congress may be forced to take its own actions against Iran if the administration continues to equivocate.

There is no question Iran is an enemy of the United States. The regime has grown increasingly dangerous and unhinged, which directly endangers America, Israel and moderate Arab nations, Ukraine and, indeed, the entire free world.

The Biden administration has said publicly it anticipates Iran waging attacks on American soil, and the regime’s targeting of US citizens on US soil and increasingly brazen cyberattacks on US infrastructure are, US Deputy Attorney General Lisa Monaco recently said, a “sea change” in tactics.

Iranian authorities have plotted attacks on prominent individuals that were fortunately foiled, including former National Security Adviser John Bolton and Brooklyn-based American-Iranian journalist Masih Alinejad, as well as on our institutions, including police departments, transportation companies and a children’s hospital. 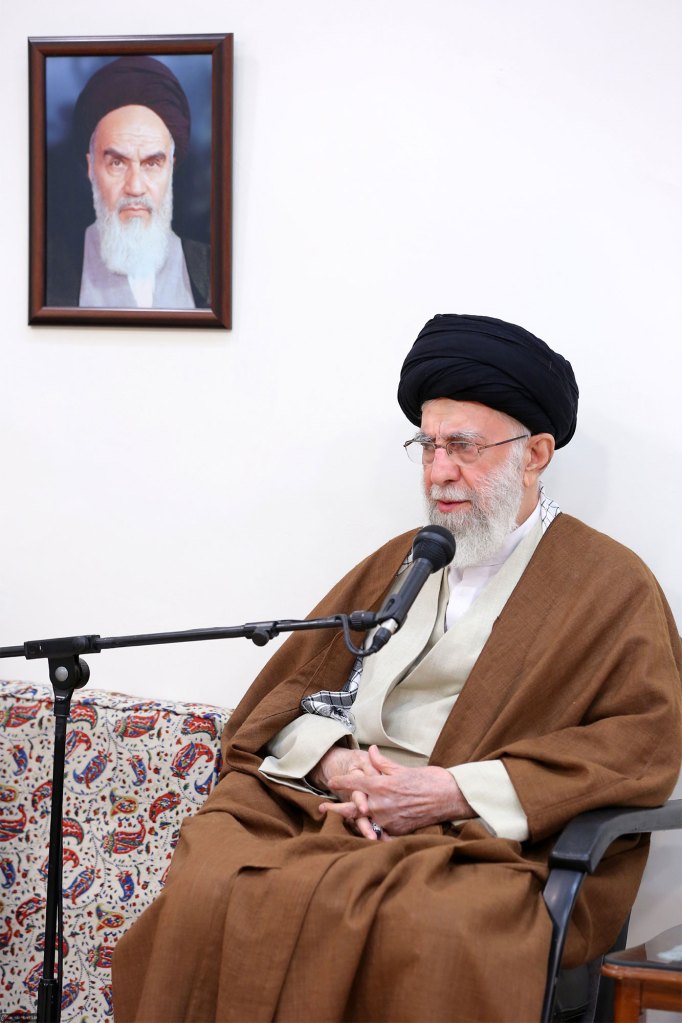 And Iranian adventurism abroad is endangering our allies, specifically Israel and moderate Arab states, as the regime tries to create a “Shia Crescent” of Iranian influence, stretching from Lebanon through Iraq down to Yemen.

Perhaps most consequential, Iran has provided Russia much assistance for its war in Ukraine. Iranian drones are being used to kill Ukrainian civilians, and Iranian soldiers have reportedly been stationed in occupied Ukrainian territory.

At the same time, Iran is continuing to build its nuclear program and restrict access for United Nations inspectors. The regime recently took the step of enriching uranium to 60% and installing advanced centrifuges that will allow for quick enrichment to the 90% needed for weapons-grade material.

Allowing Iran to continue threatening America and our closest allies without consequence would be a grave mistake. At this this critical hour, when the future of the theocratic regime is less certain than ever before, Biden must radically alter his approach.

In addition to abandoning the fatally flawed efforts to salvage a bad nuclear deal, the Biden team should focus on crippling the regime economically. As Walter Russell Mead recently wrote, this can be accomplished by working with our European allies on “a snapback of U.N. sanctions to punish Iran for arming Russia” and a crackdown on black-market Iranian oil exports.

Mead also notes America can take critical steps to help the Iranian people. We can provide “nonviolent, nonmilitary assistance to democratically minded protesters” and engage in “cooperation with interested neighboring states” who support the protests, which would “make life more difficult for Iranian proxies such as Hezbollah, and put more pressure on both Russia and Iran.”

With this new approach, President Biden can help usher in a new era of democracy for Iran — and, indeed, for the world.