"I've never done this before, but I've done a lot of things on a bipartisan basis, so I'm not sure what we're doing today, like a billion dollar, $200 million infrastructure project. Standing in front of a flood-damaged home on his first official visit since recovering from a "rebound" case of COVID-19, Biden said.

"What we're trying to do is make sure, for example, we need to install new water lines in communities," the president stumbled. "There's no reason they can't simultaneously dig a line to introduce a brand new modern line for Internet connectivity. Why? Why can't they do that? 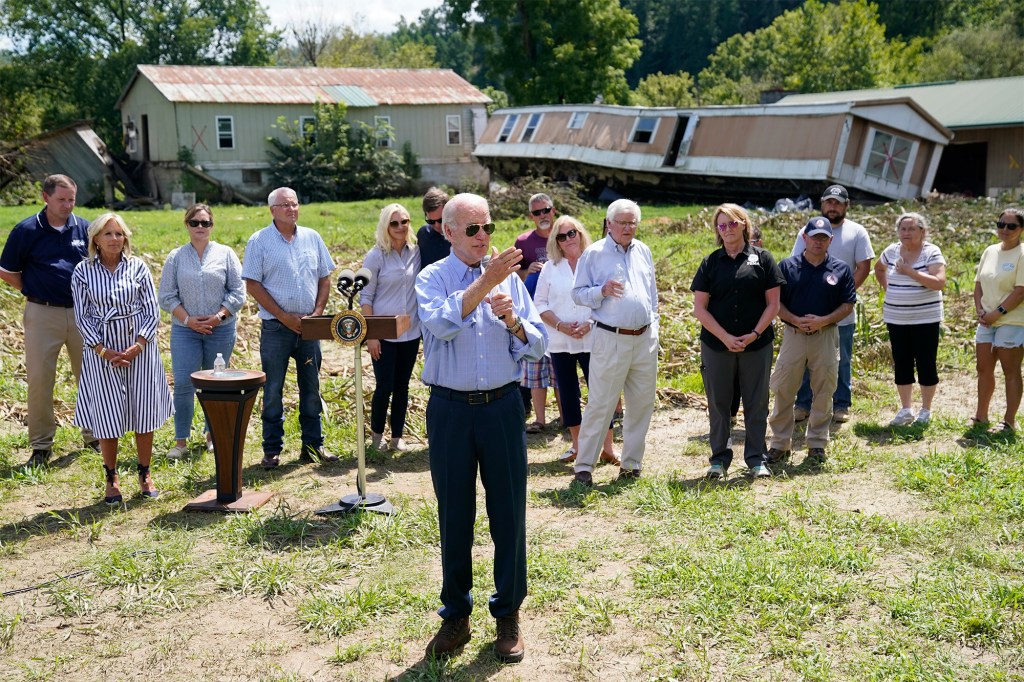 Biden spoke for only about four minutes. Most of the time I had my back turned. camera as he looked around the buildings and people affected by the recent floods.

In his remarks, the president, who will turn 80 in November, suggested that it might be possible to control the weather, after the storm hit the poor. He spoke jokingly to the audience. Beshear and Congressman Hal Rogers (R-Ky.) said it was time to "do the rap." 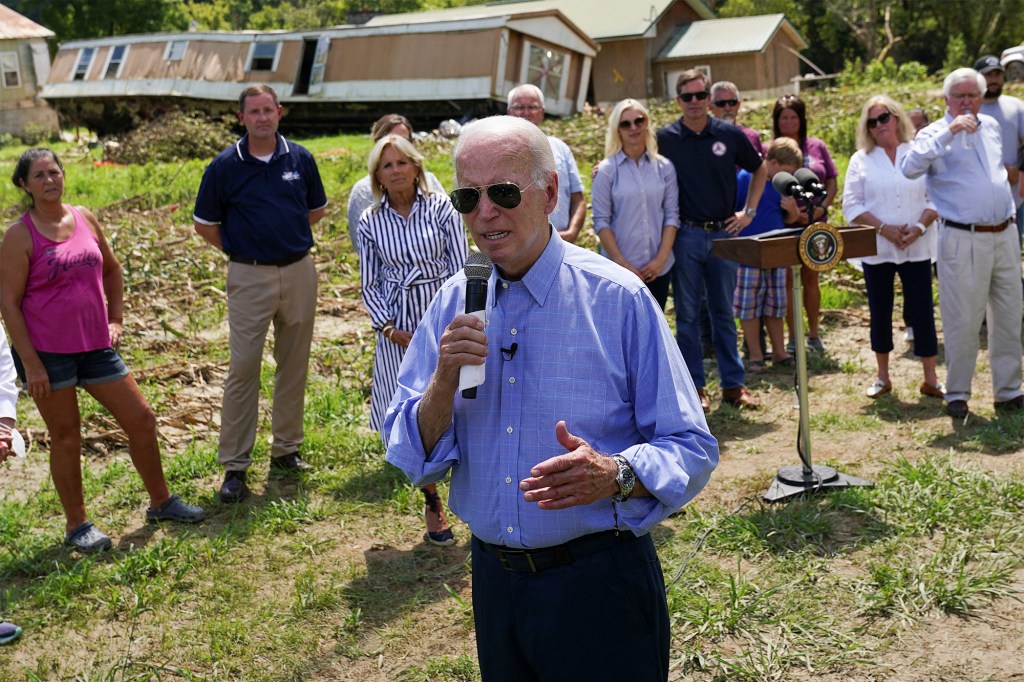 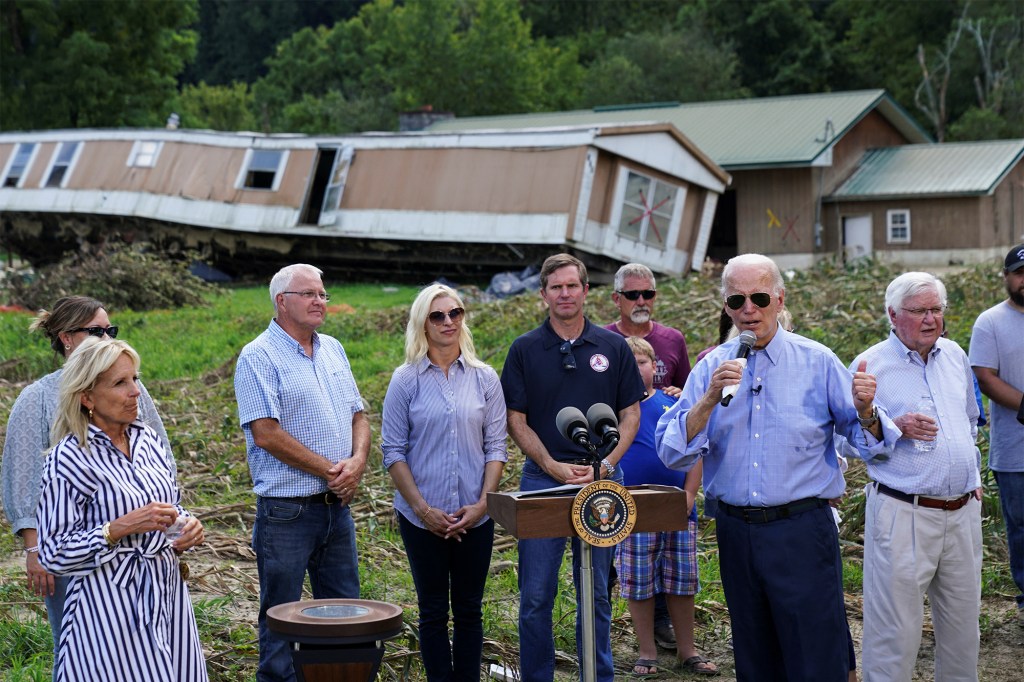 The Senate-passed bill, which is expected to pass the House as early as Friday, will provide up to $7,000 in tax credits for purchasing electricity, including tax credits for environmental programs. provide about $400 billion to vehicles, and about $64 billion to extend more generous COVID-19-era Obamacare subsidies.

This spending will be offset by new taxes on corporations, including his new 15% corporate minimum tax, stronger IRS enforcement, and allowing Medicare to directly negotiate drug prices.