NBC reporter Peter Alexander asked Biden at the end of a White House press conference with visiting French President Emmanuel Macron if he would share a message with demonstrators calling for an end to China’s COVID-19 lockdowns and, in some instances, the resignation of “president for life” Xi Jinping.

“Sir, do you have a message to protesters in China? You spoke about [recent protests in] Iran,” Alexander said from the front row of press seats about 15 feet from Biden.

The 80-year-old leader of the free world clearly heard the inquiry but didn’t respond, instead looking at his feet as he dismounted his podium and walked out of the White House East Room.

US presidents and visiting foreign leaders traditionally select two reporters each to ask questions. One of the two White House-chosen reporters was a US-based French journalist — meaning just one American reporter, Tamara Keith of NPR, was able to ask a question of Biden. 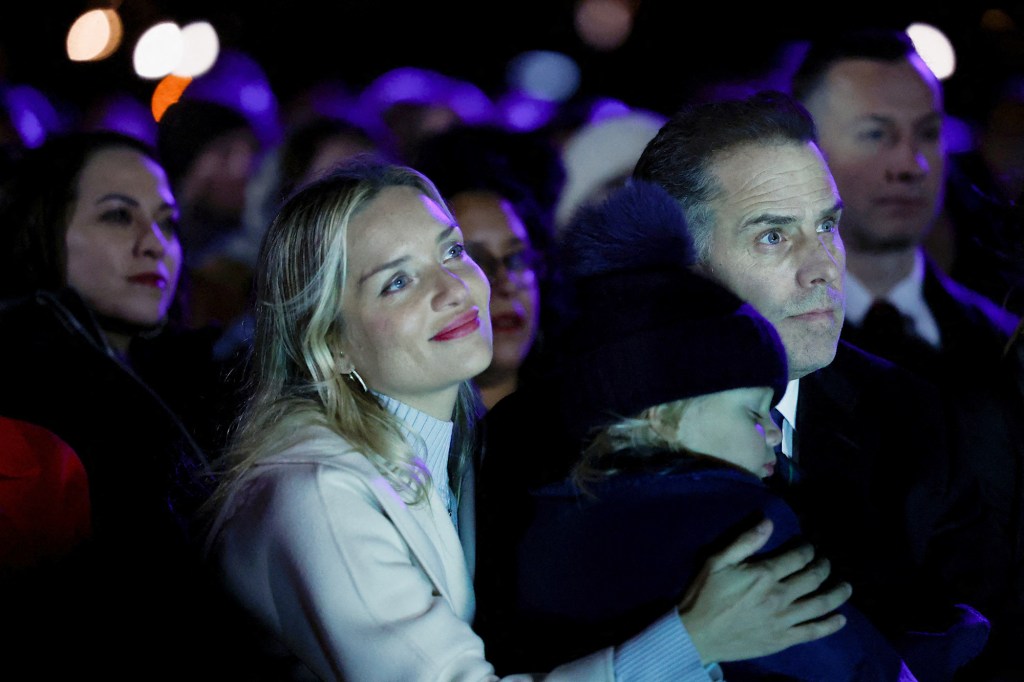 Alexander’s question was asked without the typical cacophony of shouted inquiries, ensuring it was heard by all in the room.

Nationwide protests gripped China over the weekend and have continued despite authorities’ attempts to stamp out dissent. The civil unrest, at points devolving into near-riots, is the most serious challenge to Chinese Communist Party rule since the 1989 Tiananmen Square protests and massacre.

Hunter Biden, meanwhile, has been a pervasive presence by the president’s side since mid-November as House Republicans prepare to use their majority in January to launch aggressive investigations into Joe Biden’s role in his son and brother’s international influence-peddling enterprises.

The 52-year-old first son was at the executive mansion on Nov. 19 for the closed-to-press wedding of his daughter Naomi, who lives at the White House. Hunter reappeared at the White House’s traditional turkey pardon on Nov. 21 before traveling the next day to the Massachusetts island with his dad. 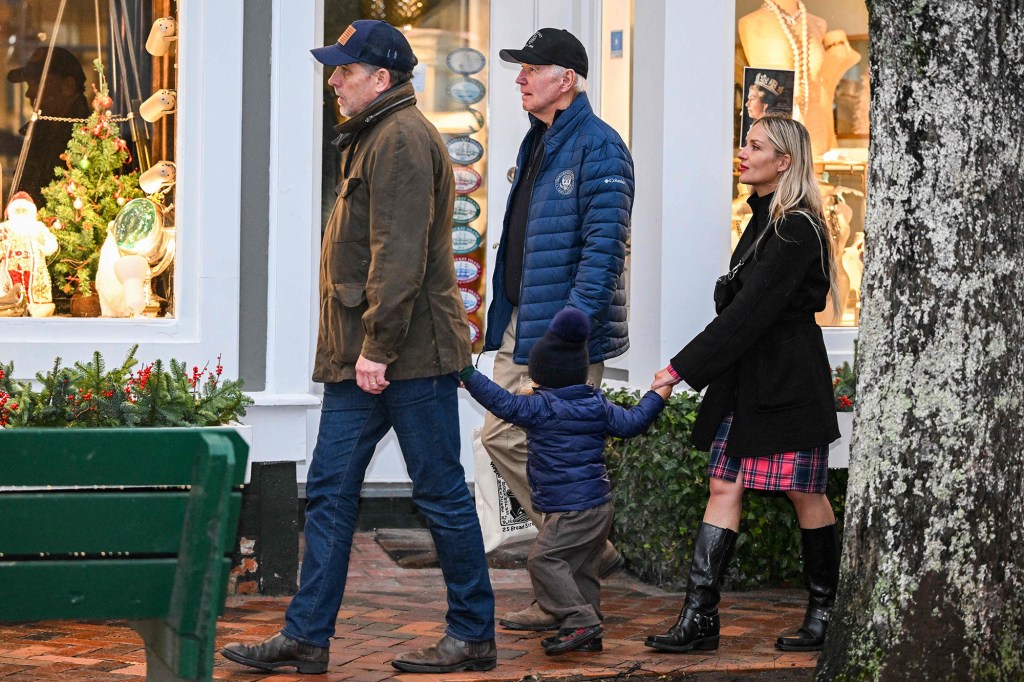 It was not immediately clear if the first son intends to rub shoulders with French leaders and businessman Thursday night at the first White House state dinner of his father’s presidency.

Online business records indicate that Hunter Biden still co-owns a 10% stake in BHR, despite his father’s insistence there would be no family-business-related conflicts of interest during his presidency.

BHR Partners says it manages $2.1 billion in assets and has taken a prominent role in Chinese state-backed companies acquiring investments overseas. The company’s website says, “We work with China’s industrial leaders, state-owned enterprises, multinational corporations, as well as with start-up visionaries in their international mergers and acquisitions, domestic restructurings and pre-IPO financings.”

BHR has “unique mixed ownership,” the company says, and “combines the resources and platforms of China’s largest financial institutions (including Bank of China, China Development Bank Capital, Harvest Fund, Postal Savings Bank of China, China Life and the National Council of Social Security Fund) and the networks and know-how of our US-based investment fund and advisory firm shareholders.”

In 2016, BHR Partners was influential in facilitating a deal in which a Chinese firm bought a Congolese cobalt mine from American and Canadian companies. The transaction gained significant attention last year when it was spotlighted by the New York Times. Cobalt is an important material for making electric vehicle batteries.

Joe Biden allegedly was involved with a second Chinese venture as well. Hunter and first brother Jim Biden earned $4.8 million from CEFC China Energy — an arm of Beijing’s foreign-influence “Belt and Road” initiative — in 2017 and 2018, according to the Washington Post’s review of Hunter Biden laptop documents.

Former Hunter Biden business partner Tony Bobulinski says he met with Joe Biden in May 2017 to discuss the CEFC deal and a May 2017 email from another associate, James Gilliar, says the “big guy” was due a 10% cut.

Bobulinski and Gilliar have identified Joe Biden as the “big guy.” 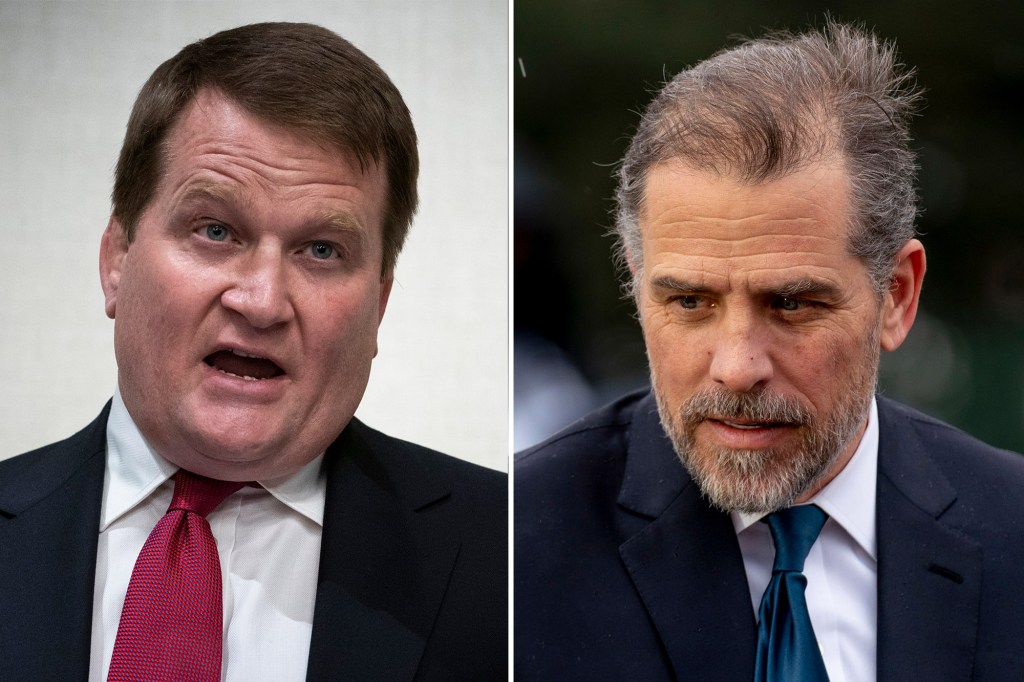 The incoming chairman of the House oversight committee, Rep. James Comer (R-Ky.), said last month that his panel would use its power to subpoena testimony and evidence to “evaluate whether this president is compromised or swayed by foreign dollars.”

“This is an investigation of Joe Biden,” Comer said.

Hunter Biden confirmed in late 2020 that he’s under investigation for possible tax fraud. One of his associates, Hollywood lawyer Kevin Morris, recently paid about $2 million to the IRS on the first son’s behalf, though the terms of that arrangement remain murky and paying off the debt doesn’t prevent criminal charges for the original non-payment.

The FBI also reportedly is investigating Hunter Biden for possible money laundering, illegal foreign lobby and lying about about his drug use on a gun-purchase form. The investigators report to the US Attorney’s office in Delaware. Attorney General Merrick Garland has resisted calls to appoint a special counsel to insulate the probe from political pressure — despite naming a special counsel Nov. 18 to oversee a pair of investigations into former President Donald Trump.