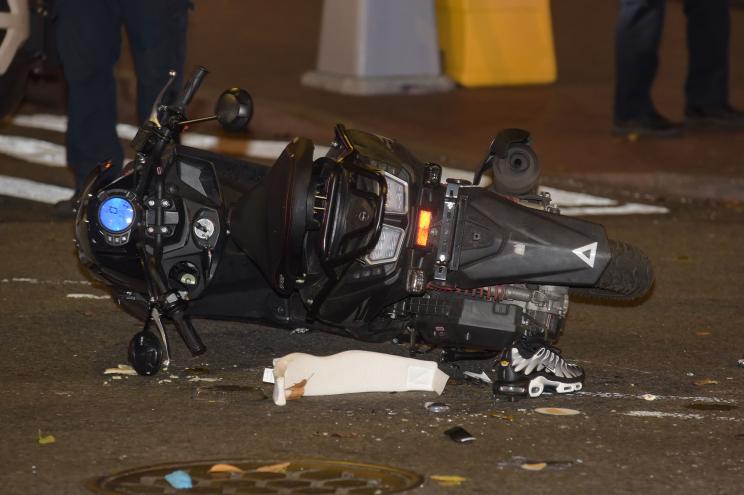 The mortally injured scooter operator died at Elmhurst Hospital after colliding with a BMW. Seth Gottfried

The driver of a motor scooter died following a collision with a BMW in Queens, police said.

The motor scooter driver was headed westbound on 37th Avenue when he collided with a 2021 BMW traveling southbound on 82nd Street, police said.

The scooter operator died at Elmhurst Hospital, the NYPD said.

The 24-year-old BMW driver remained on the scene, and was subsequently arrested, police said. “Charges are pending,” an NYPD spokeswoman said.