They literally jumped the sharks.

Authorities were horrified after discovering the mutilated corpses of 114 protected sharks on a fishing boat off Colombia.

“During the inspection, species that appeared to be sharks were found,” Juan David Rendón, commander of the Pacific Coast Guard Group, told Jam Press of the Jaws-dropping find, which occurred Nov. 27 on a “Los Pescadores” fishing vessel.

The commercial trawler had reportedly disembarked from Buenaventura, Valle del Cauca, Colombia, and was pulling into port at Bahía Solano, Chocó Department when it was stopped by the coast guard for a routine inspection.

But what they found was anything but typical: While inspecting the vessel’s refrigerated quarters, officials discovered the butchered corpses of what appeared to be sharks, whereupon they “decided to escort the vessel to Bahía Solano to carry out a detailed check,” said commander Rendón. 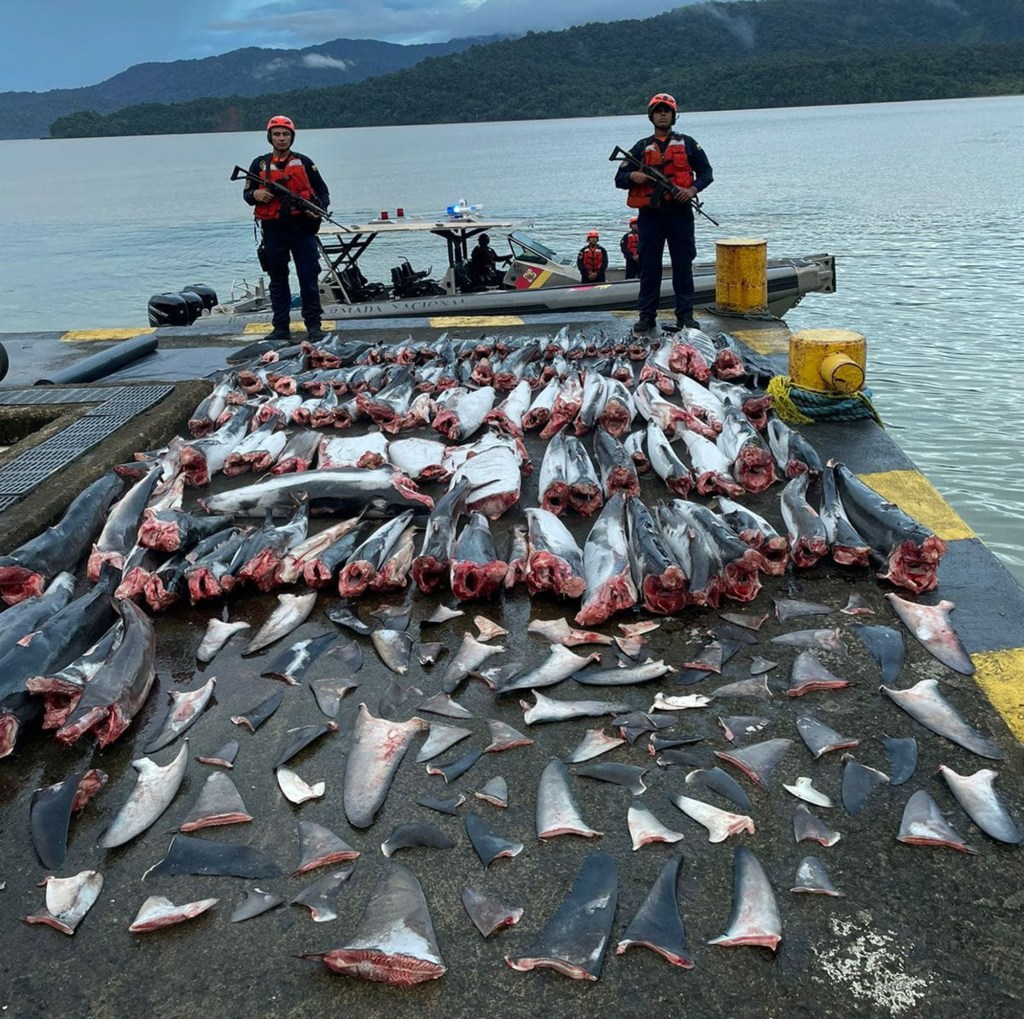 A subsequent examination at the dock uncovered a bag with 89 fins and 114 mutilated shark specimens, which collectively weighed a metric ton.

Grisly photos show the numerous dismembered predator torsos laid out on a pier like something out of an illicit tuna auction.

Authorities have since arrested the crew members and seized the vessel while an investigation into the shark bodies is ongoing.

It’s likely that the clandestine haul was harvested to sate the demand for shark’s fin soup, a Chinese delicacy that can fetch up to $200 per bowl in Hong Kong. This practice is harmful as fishermen typically slice off the fish’s fins and then throw them back into the sea, where they have little chance of survival. 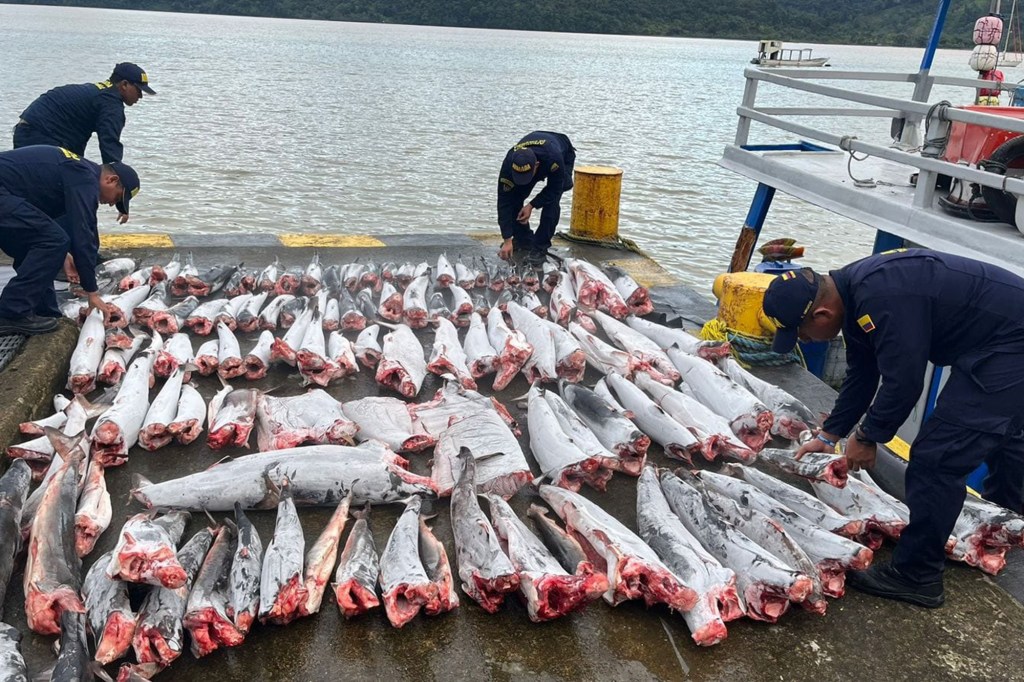 “There is a huge illegal wildlife trade around the world that we have to control,” said Susana Muhamad, Minister of Environment and Sustainable Development of Colombia, who thanked the Coast Guard for apprehending the guilty parties.

Currently, anyone convicted of illegally harvesting sharks can be slapped with a hefty fine and sentenced to between 48 and 108 months in prison.

Unfortunately, the harsh penalties don’t seem to be deterring shark finners: Colombian authorities have seized a total of 7.4 tons of illicitly-fished products this year alone. And, despite global bans on the appalling practice, a whopping 100 million sharks are still culled annually around the world to fuel the fin trade.

In one bust closer to home in April, authorities discovered nearly 400 illegal shark fins inside a Texas seafood restaurant.