Even some of Russell Wilson’s own teammates may have finally had enough of the Broncos’ struggles.

During the Broncos’ 23-10 loss to the Carolina Panthers on Sunday, Denver nose tackle Mike Purcell shouted at the quarterback on the team’s sideline.

Broncos defenders have the right to be mad. The Broncos scored just 10 points Sunday, dropping their average points scored to 14.27 points per game this season which, if kept on that pace, would be the worst by any team in the NFL since the 2000 Browns who, scored 10.1 per game. On the flip side of the ball, the Broncos’ defense has allowed just 17 points per game.

After the game, Purcell explained his exchange with Wilson. He said frustration was the main component.

“We let up a touchdown so we weren’t doing our job, but gotta get a spark somewhere,” Purcell said. “That’s all that was.”

If only that spark worked. Wilson finished the game 19-for-35 passing with 142 yards and a touchdown. The touchdown was a garbage time 1-yard pass to Brandon Johnson to make the final score look a little more respectable, but the Panthers dominated the game from start to finish.

Quarterback Sam Darnold didn’t have an impressive stat line for Carolina, just 11 of 19 with 164 yards and a touchdown, but 103 of those yards went to wide receiver DJ Moore, who racked that up on only four receptions. 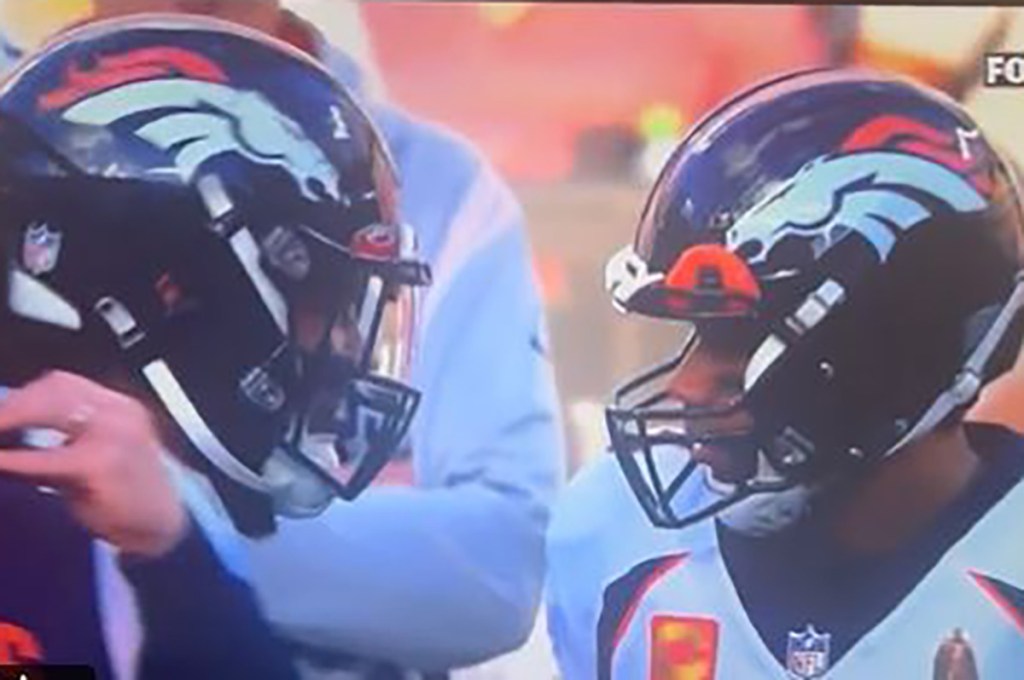 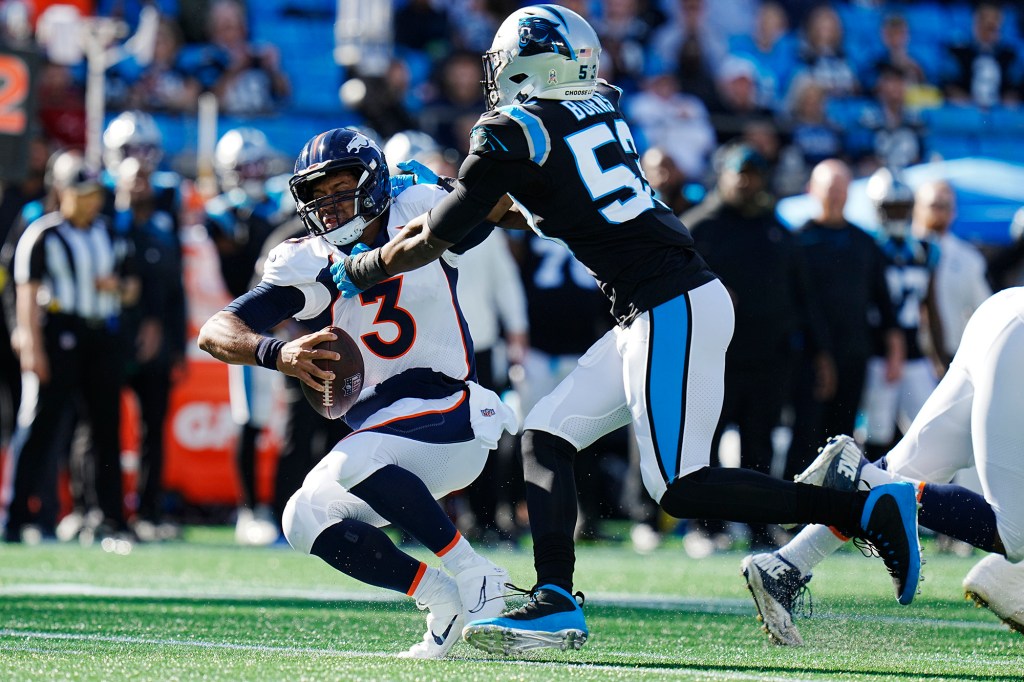 On the ground, Panthers’ running back Dont’a Foreman had 24 carries for 113 yards.

The Broncos fall to 3-8 and don’t have it easier next week, heading to Baltimore to play the 7-4 Ravens and Lamar Jackson.

A season that began with high expectations for Denver is not turning out to be what they expected, as this offense sputtered again. The Broncos have scored over 20 points just twice this season.