Buckingham Palace shared a photo on Friday of King Charles III working at his desk with his official red box, which contains government papers from the United Kingdom and Commonwealth minsters and representatives. The dispatches come in daily.

The palace also posted three photos of the queen with red boxes from different periods in her reign.

"Her Majesty Queen Elizabeth received Red Boxes, which were made upon her Coronation in 1952, almost every day of her reign, including weekends and holidays, but excluding Christmas Day," the post said. 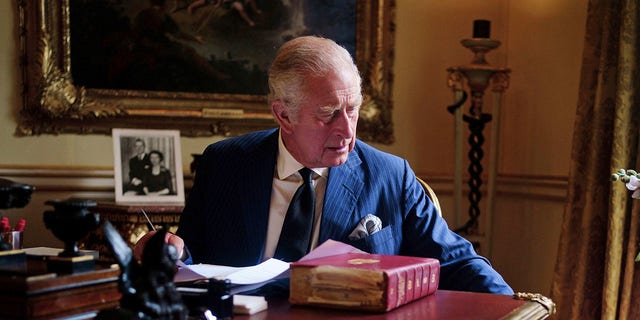 In the photo behind Charles is a picture of his parents the queen and Prince Philip when they were first married. The photo was a gift to the young couple from the queen's father, King George VI, for Christmas in 1951 before he died in 1952, according to People magazine. 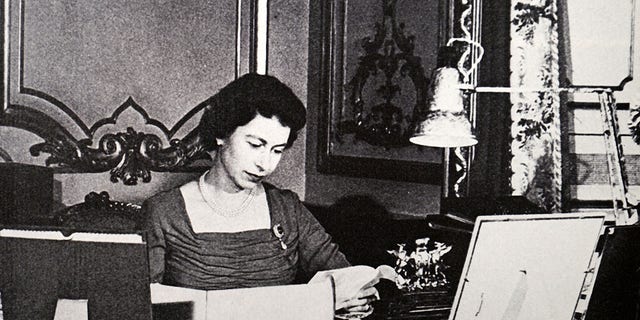 Charles ascended to the throne when his mother died on Sept. 8, immediately taking over her responsibilities.

Working until the end, the queen had met with new U.K. Prime Minister Liz Truss two days before she died at 96 years old, inviting the prime minister to form a new government.

Charles met with Truss the day after the queen died, telling her his mother’s passing was "the moment I’ve been dreading." 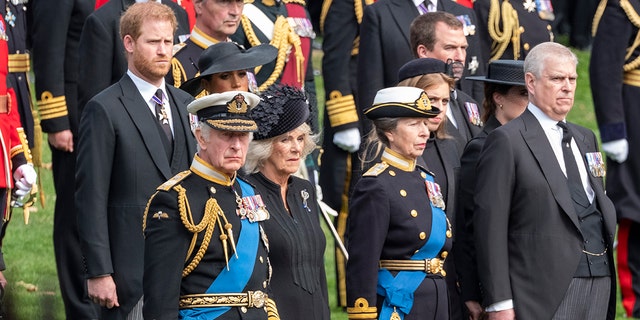 The king or queen has no formal role in the government but is the ceremonial head of state in the U.K. and Commonwealth countries like Australia, Canada and The Bahamas.

The queen’s funeral was held in Westminster Abbey on Monday after her lying in state for several days at Westminster Hall during which thousands waited in lines as long as a day to file by her coffin and pay their respects to her.

Since Charles’ ascension, Prince William is now first in line to the throne followed by his son Prince George, 9.

Schiff won’t say whether he’d comply with GOP subpoena, will ‘consider the validity’

The 12 best Cyber Monday laptop deals of 2022, from Apple to Microsoft

A baby and a toddler were stabbed to death in New York City, police say

After His Ankle Injury, Here’s What to Know About Neymar’s World Cup Return