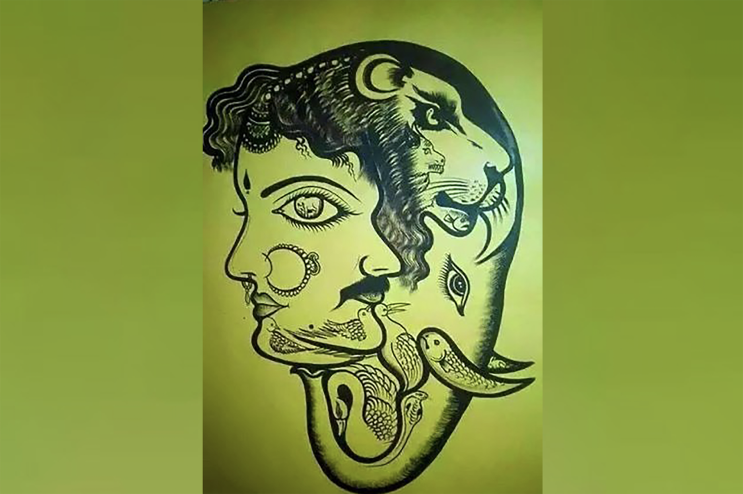 This optical illusion challenges viewers to find all the animals in 21 seconds.

It’s a wildlife safari for the eyes.

Puzzlers are straining their peepers trying to solve this optical illusion, the object of which is to spot all 11 animals in this portrait of a face within 21 seconds.

On its face, the multifaceted image — whose origin and artist are yet unclear — depicts a person’s head spliced with those of a tiger and an elephant-like some grotesque mythological monstrosity.

However, there are eight other animals hidden within the illustration, per Jagran Josh.

Do you see them all?

[Warning: Spoilers below the full image.] 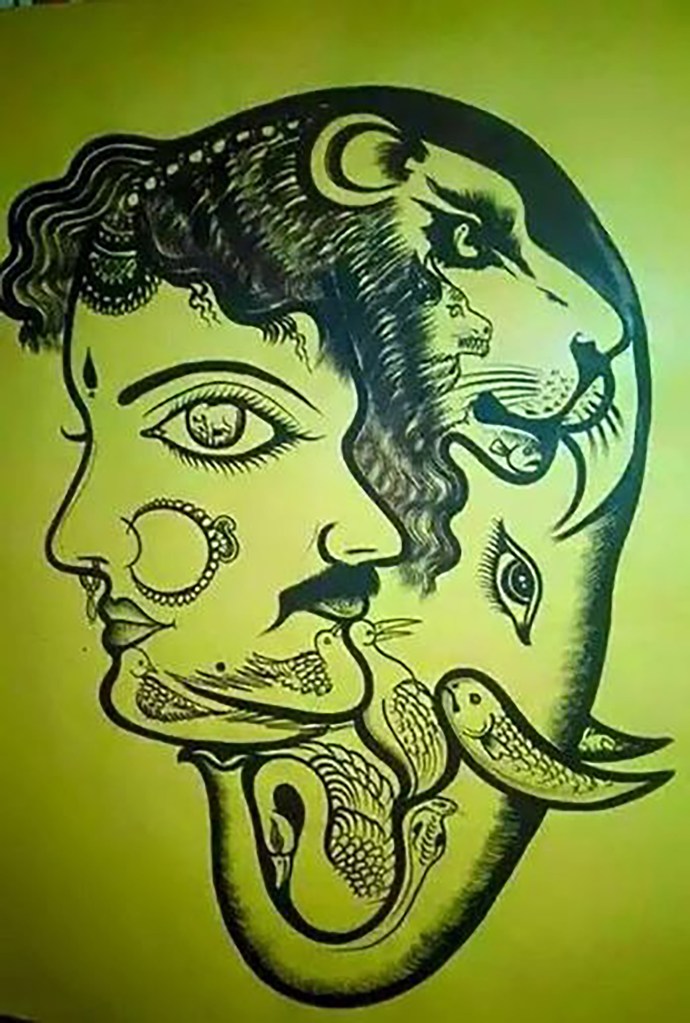 This trippy illusion hides a menagerie’s worth of animals.

They are a swan, a snake, two pigeons, a crane, a big fish, a small fish, a wolf, a cow, and a rabbit. Pro-tip: the two-faced human is merely a distraction.

Can’t spot them all? Not to worry, Jagran Josh provides a handy answer key so viewers can see all the animals in full detail. Perhaps the most difficult to spot is the cow, which is located right in the man and woman’s shared eye.

This isn’t the first animal-based scavenger hunt to throw viewers for a loop. This optical illusion challenges viewers to find ten animals hidden within a seemingly barren landscape portrait. 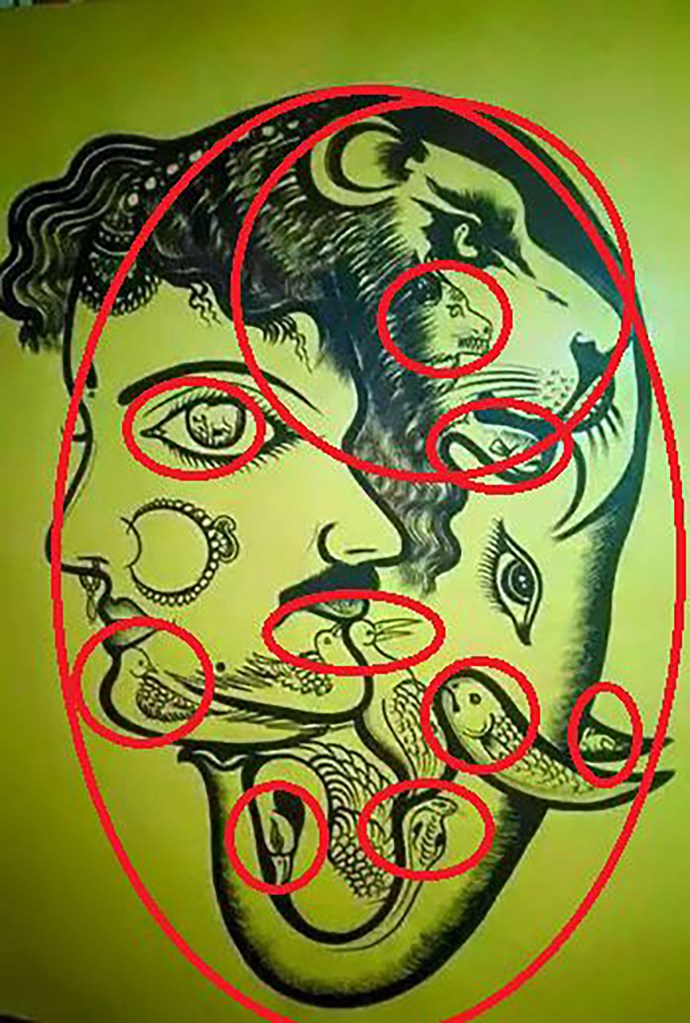 The locations of all the animals revealed.

If that wasn’t tricky enough, take a gander at this reptilian retinal puzzle, in which the goal is to find the snake among the turtles within 15 seconds.

But don’t fret if you can’t crack any of these visual jigsaws. The Post has compiled an official optical illusion compendium featuring a smorgasbord of perception puzzles for all abilities.