Cate Blanchett on "Tár" and the art of transformation

Cate Blanchett has mastered, and made a career out of, the art of transforming herself. In her latest film, "Tár," she becomes the conductor of a symphony orchestra in Germany. "She wouldn't be running a rehearsal in English," Blanchett told correspondent Seth Doane. "So, I have to speak in German. So, it was one of those things where it would have just been inauthentic if I had not."

"Should we do this interview in German?" asked Doane.

"Absolutely. We should do it in German!"

"Are you conversational at all?"

"No. Das is jah ganze bundesrepublic. That's what I learned at school!"

The ambitious role is the latest in a long list. The Australian actress won an Academy Award for her portrayal of Katharine Hepburn in "The Aviator," and earned the Oscar for best actress as an unstable former socialite in "Blue Jasmine." She's played a queen, an elf, and Bob Dylan. 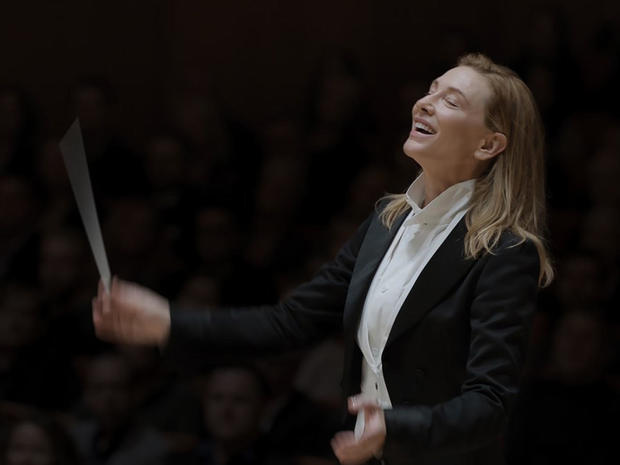 Cate Blanchett as an orchestra conductor in "Tár." Focus Features

Doane asked, "You have all of these different accents that you can do."

"They all end up, if I try and replicate them later, like I'm in a call center in New Delhi. They all sound the same."

"So, you learn them for a film and then they just go?"

"Yeah. I can't do a general something. It has to be really specific, and then I forget it."

While the roles change, Blanchett's approach is consistent, as she makes clear in the film "Tár" (out this week to critical acclaim). She plays conductor Lydia Tár with a signature attention to detail, resulting in yet another character that's nuanced and complex.

Though she admits it was daunting to conduct an actual orchestra: "You know, have to say, you know, Okay, I'm going to give you the downbeat and you have to follow me." 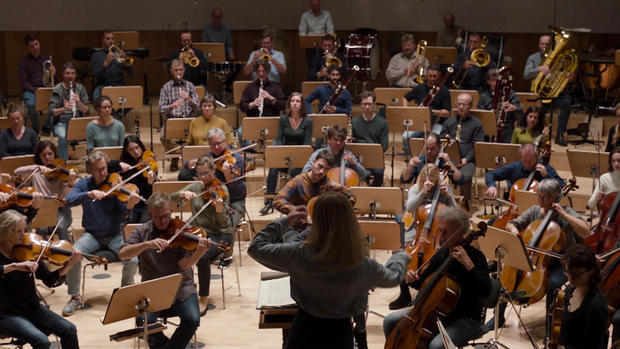 Cate Blanchett as an orchestra conductor in the movie "Tár." Focus Features

"Learning the language of music and how to conduct, in a way, sounds like it was more difficult than learning the actual language, German?" asked Doane.

"I played the piano as a schoolgirl, had schoolgirl German," Blanchett said. "I had to do a lot of preparation. But I mean, look, an audience couldn't be less interested in an actor's homework, because it's like, Look how hard I worked. You know, it's like, who cares?"

"But you love the homework."

"I do. I mean, I found the whole thing fascinating."

The screenwriter and director of "Tár," Todd Field, said he wrote the part for Blanchett – and would not have made the movie if she said no. It's his first film in 15 years.

Blanchett asked Field, "Why did you want only Cate?"

Blanchett answered for him: "No one else was available!"

It's clear Blanchett does not always take herself as seriously as others may.

Field said, "I never could have imagined what she brings. I mean, she is…" 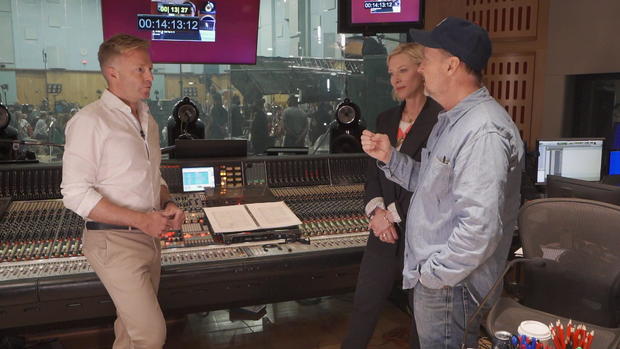 Doane met the actor at Abbey Road Studios, made famous by The Beatles, where the London Symphony Orchestra was realizing a plot line from the movie, completing what was set up in the film. The character Lydia Tár had been preparing to record Mahler's Fifth Symphony, which this orchestra did as part of a concept album that's being released as a companion to the film.

Before they shot, Blanchett worked with conductor Natalie Murray Beale, who described the role of conductor as "such a mix of skills. You're leader sometimes. You're boss, you're interpreter. And you have to be aware of 100 people in a room all working within a system."

She said, "You get this amazing electric charge. And in that space, I can understand how some people can think that they're the king or queen of the world. And it's really important that you allow that space to be kind of filled again with humility, and I think that's what you witness in the character."

It's a provocative film which explores of-the-moment themes, such as #MeToo and cancel culture.

Doane asked, "Your character has this interesting mix of appearing very powerful, but also very vulnerable." 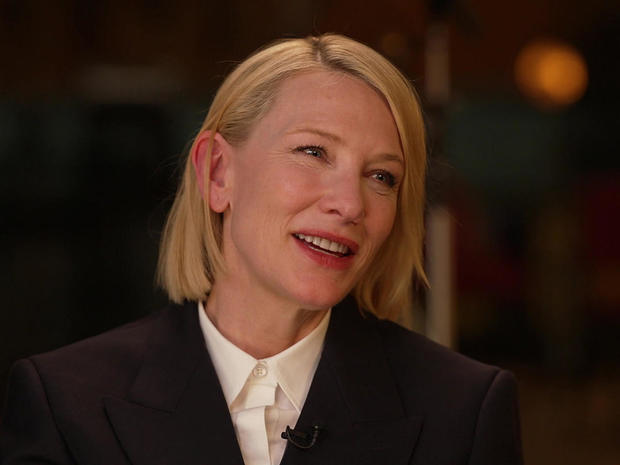 "Yeah, we've all got those dualities in us, don't we?" Blanchett said. "And I think I we spend half of our lives in the middle of a confidence trick of pretending we've got our s*** together when, in fact, you know, we don't. The world and being alive is full of nuance and gray areas. And I think that that's where the film is really human and really provocative."

"Do you have self-doubt when you …"

"Yeah, Of course. Of course. I mean, that's why, you know, I think I probably keep working, in a way, to try and repair or make good for mistakes and missteps."

Clearly, she's connected. But Blanchett, who got her start in the theater, claims being in the limelight does not come naturally.  "It took me a long time to feel comfortable with being looked at," she said. "It's very uncomfortable! But even longer to feel comfortable being, quote unquote, famous."

In her life away from the spotlight, she's married to playwright Andrew Upton, and is a working mom.

Doane asked, "What are you like as a parent?"

"How do you protect that role, with the celebrity and all of the pressures that that brings?"

"I really try not to bring my work home," she replied.

For Blanchett, the work is a form of escape. "I'm not interested in playing myself," she said. "I mean, I do that in my everyday life, which is why I go to work, because I bore myself rigid. I don't want to play myself."

An escape which showcases her remarkable ability to transform.

To watch a trailer for "Tár," click on the video player below