Maybe CBS was simply looking out for Jets fans by preventing them from watching their team’s anemic offense.

Midway through the fourth quarter, with the Jets driving to attempt to cut into the Bengals’ 15-point lead, the CBS feed went out. The game went off the air for a few minutes, before eventually coming back. The shot was from higher up and the network’s studio crew had to call several plays. The Jets’ drive fizzled. Fans missed an important play, a Corey Davis late hit that cost the Jets 15 yards and short-circuited the promising drive. 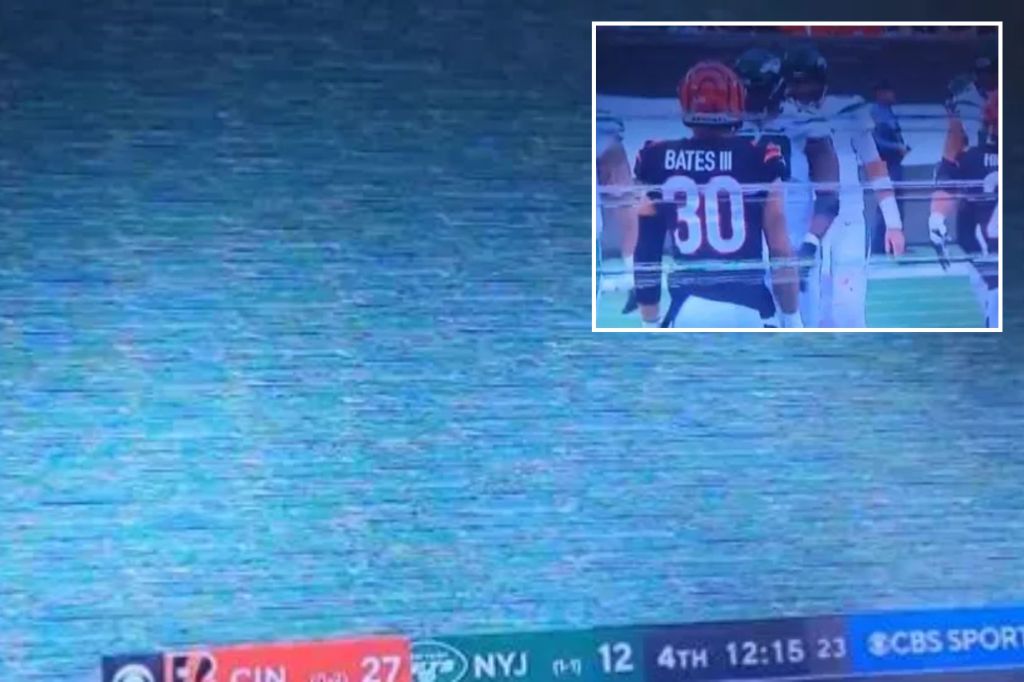 Fans went to Twitter immediately to voice their displeasure. But the network may have just saved Jets fans the aggravation of watching another offensive failing.

The issues were fixed later in the fourth quarter, with Ian Eagle, Charles Davis and Evan Washburn returning to call the game. The Jets lost, 27-12.