Fires burned and scuffles broke out as Mexican authorities attempted to clear out a migrant camp of 500-800 mostly Venezuelan people feet away from the US-Mexico border on Sunday.

“You can’t do this to us; there are children here!” Cried one migrant woman during the chaotic scene in Juarez, Mexico — across the border from overrun El Paso, Texas.

The camp started in mid-October, after President Joe Biden announced pandemic-era restrictions would be applied to Venezuelans seeking asylum in the US. That meant people being expelled from the country to Mexico if they crossed the border illegally.

Venezuelans who had already left their homeland, usually walking for months to get to the US. then started to camp out feet away from the crossing at El Paso on the Mexican bank of the Rio Grande — which divides Texas from Mexico.

Migrants lived in donated tents, some taking jobs while waiting for news of a change in policy that would allow them to cross into America. The camp grew to over 1,000 people at one point and included families, women and children. 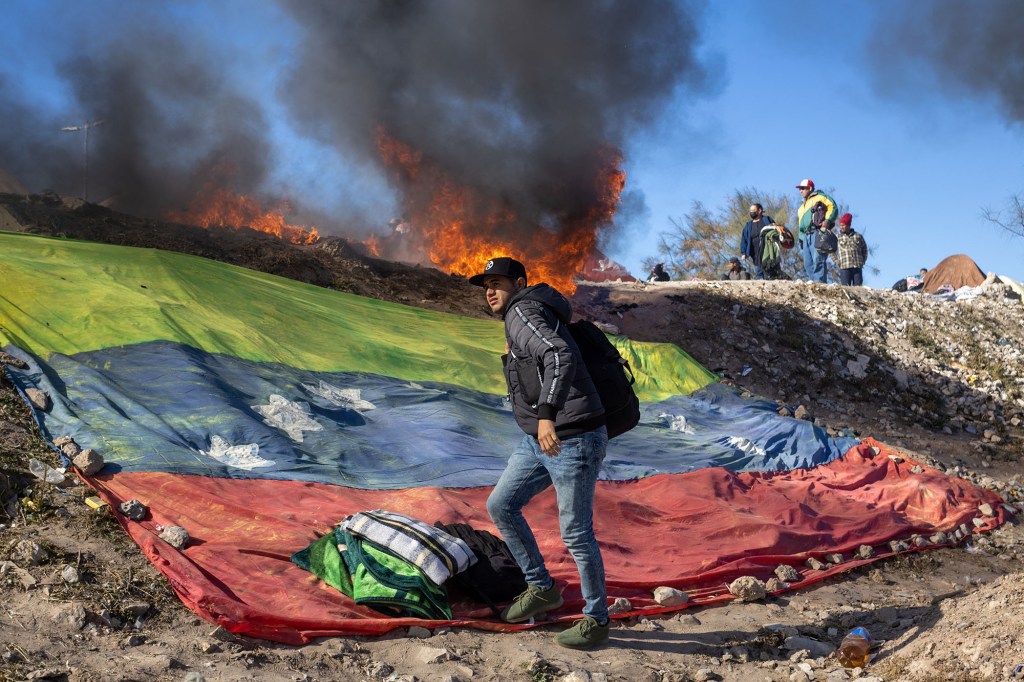 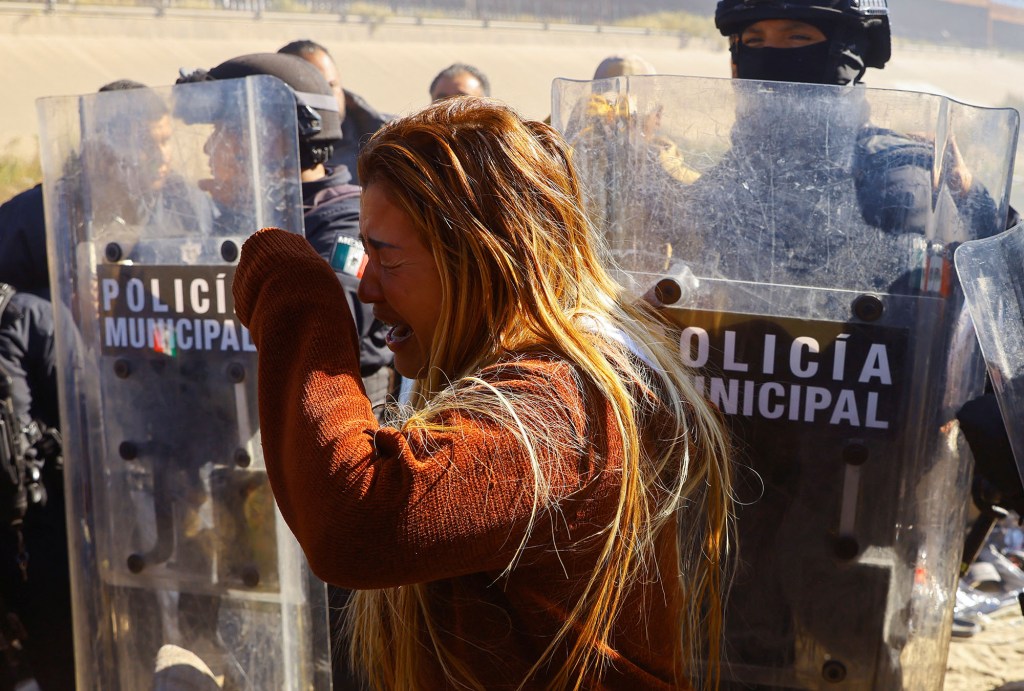 Then Sunday police in riot gear arrived with other Mexican authorities early in the morning. Officials explained they had an order to clear the camp, according to local news outlets. Mexican officials offered to take the migrants to a shelter, as there have been fears someone would freeze to death as temperatures dropped in recent weeks and there have been reports of migrants living in unsanitary conditions and burning fires dangerously close to the flammable materials they slept under.

The Post reported from the camp in mid-November and witnessed small children relieving themselves under a bridge in plain sight of camp. There were no toilets available or place to wash their hands or bathe.

When Mexican authorities told the migrants to leave, many pleaded to be allowed to stay.

“If you knew everything that we went through just to get here, you’d understand,” said one Venezuelan woman in the midst of the uproar, referring to the arduous journey most Venezuelan migrants make through dangerous jungle and various Central American countries to reach the US for a chance at a better life. 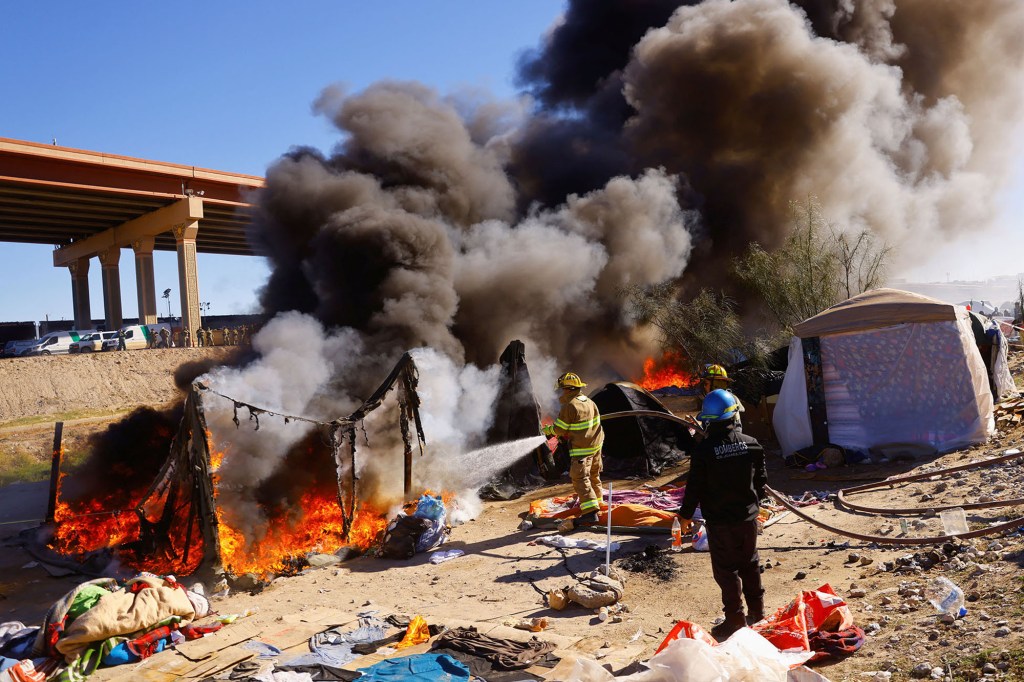 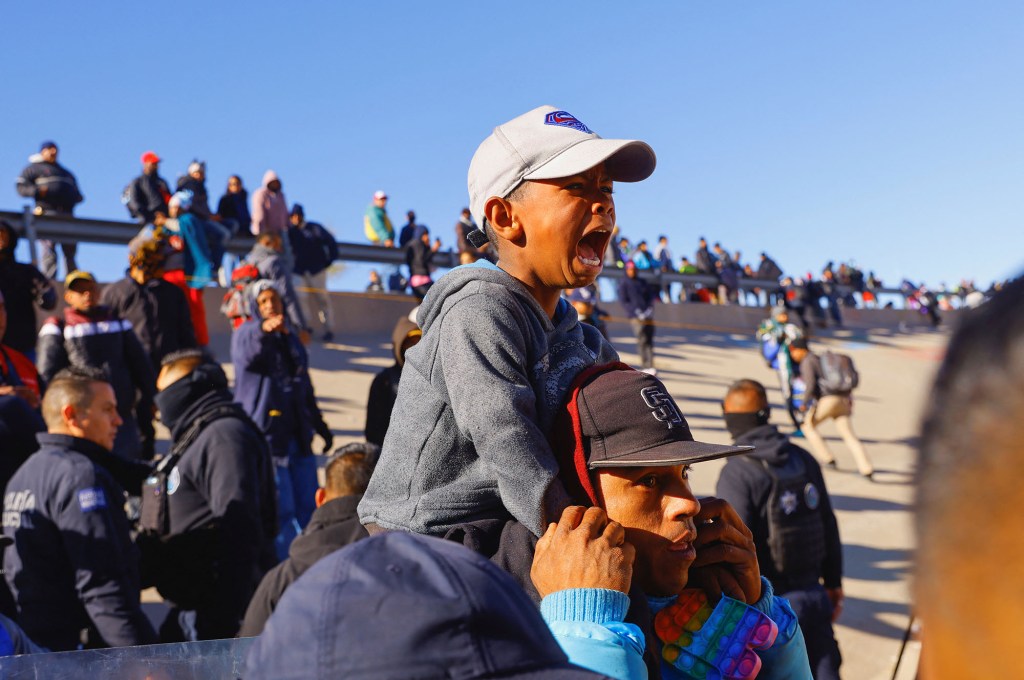 Many refused to get on the buses Mexican authorities had prepared to take them to Mexican federal shelters.

Migrants in the camp previously told The Post they were camped less than a half a football field away from the US because they feared leaving that spot would jeopardize all their struggle and sacrifice and they would miss their shot at getting into the US.

Despite the pleas, Mexican authorities began tearing down the tents, prompting arguments and minor clashes. In the middle of the confusion, some tents were set fire by the migrants, in protest, according to the El Paso Times.

Throughout the ordeal, a row of Border Patrol agents gathered on the US side and watched the scene unfold, ready in case any migrants tried to cross the river and rush the border. 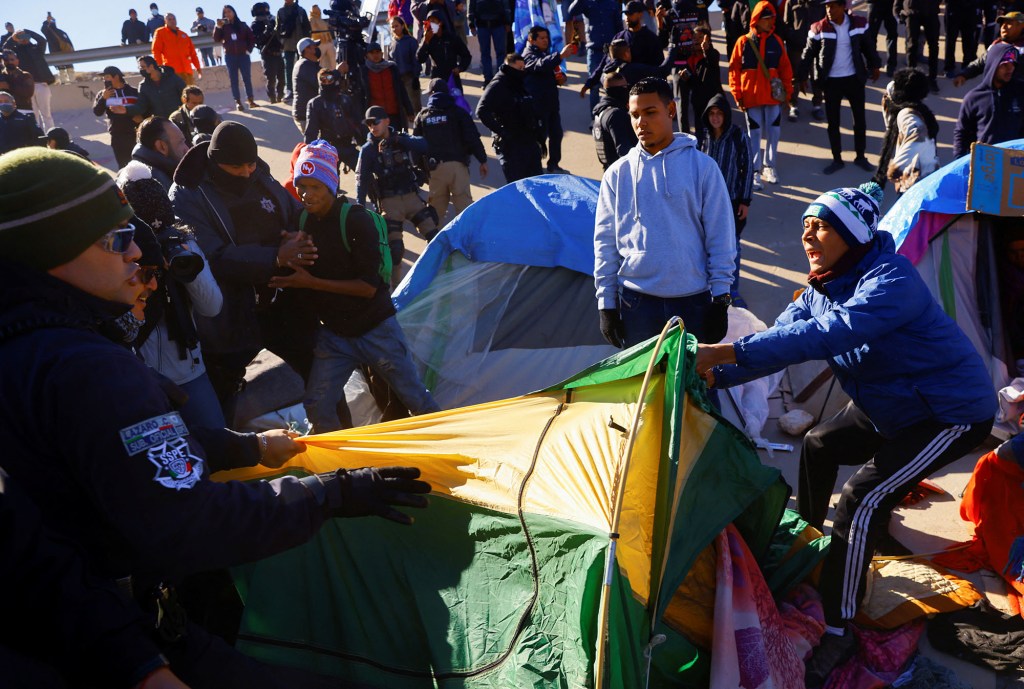 By midday Sunday, most of the immigrants had fled into the streets of Juarez; many saying they were afraid to go to the shelter for fear they would get deported from Mexico, reported El Diario de Juarez. Another 34 migrants agreed to go to the federal shelter, Leona Vicario Integration Center for Migrants.

Monday morning, Mexican authorities asked remaining Venezuelans migrants who had slept at a park near the border to leave, again offering to take them to a shelter, according to El Diario.

Most are waiting until for the end of Title 42, which expires on Dec. 21. That is the official title of the policy which allows the immigrants to be expelled from the US immediately. The US Border Patrol uses Title 42 to kick out about 40% of illegal border crossers. 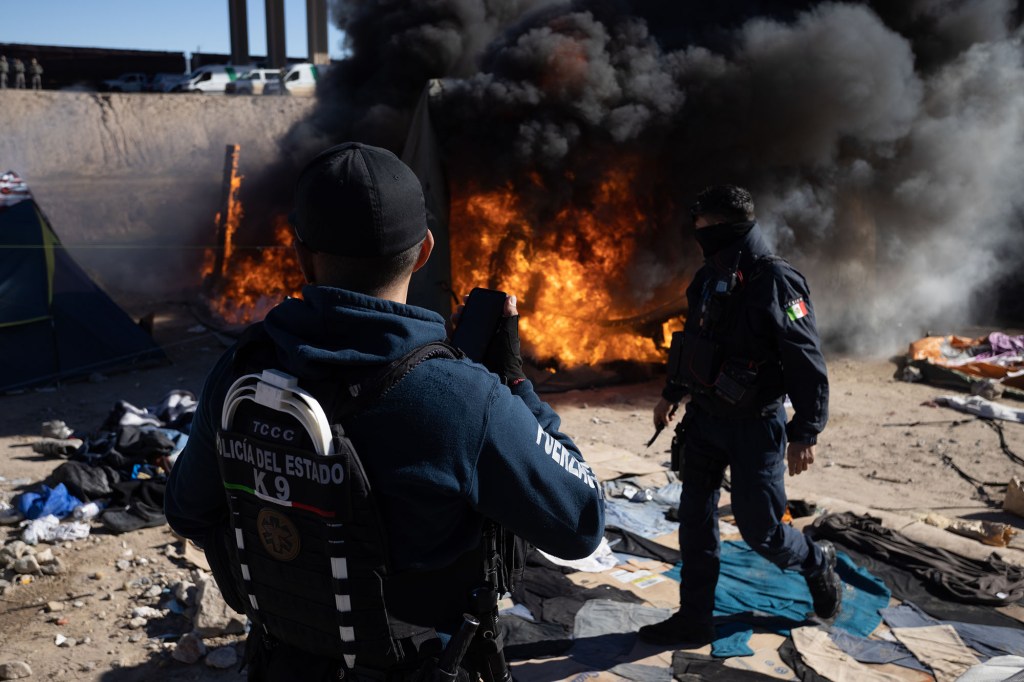 Earlier this month, a judge ruled Title 42 was no longer legal and the Biden Administration had until Dec. 21 to stop enforcing it.

Immigration experts have predicted its end would lead to an “avalanche of immigrants” crossing the border into the US from Dec. 21 onward unless a new rule or policy is announced.