Some Chicago Marathon runners are feeling a little blue heading into this weekend’s race.

One of the biggest events of the year for the sport followed Boston and London with the creation of a nonbinary division for runners who don’t identify as male or female. The lack of hype around the new inclusive division left some of those who identify as such with a bad taste in their mouths. 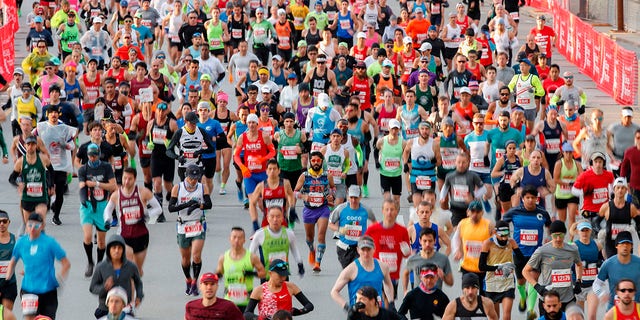 A pack of runners at the 2019 Bank of America Chicago Marathon on October 13, 2019 in Chicago, Illinois. (KAMIL KRZACZYNSKI/AFP via Getty Images)

According to the Chicago Sun-Times, there was no major announcement to coincide with the division.

"Personally, it feels hurtful because it feels performative, or brushed under the rug, because it really is a big deal," Cal Calamia told the newspaper, adding they were "excited" to compete in their hometown.

The New York City Marathon did it last year. The Philadelphia Distance Run was the first large race in the U.S. to establish a nonbinary division and offer equal prize money. The event did that last year. 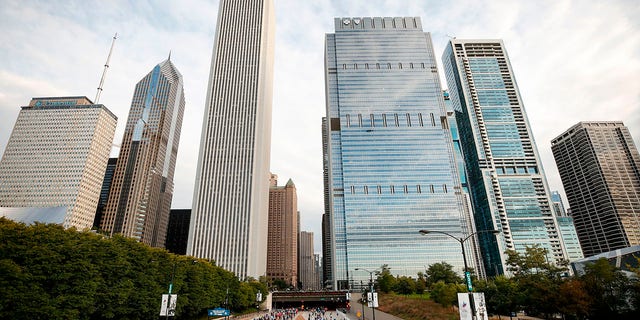 Runners compete during the 2019 Bank of America Chicago Marathon on October 13, 2019 in Chicago, Illinois. (KAMIL KRZACZYNSKI/AFP via Getty Images)

"As a trans athlete, showing up and registering for these races is a hard thing to do, because there’s not usually space," Calamia told the Sun-Times. "What makes it easier is when big organizations with a lot of power say, ‘We’re adding this category and we’re proud of it, and we’re doing what it takes to celebrate these runners who are now being invited to our event."

About 70 runners are registered for the nonbinary division in the Chicago Marathon.

"While we’re excited to introduce the nonbinary division, we recognize the opportunity for continued dialogue, learning and progress with our event. Discussions are ongoing with non-binary participants and leaders within our sport to work together towards our goal of creating more inclusive event experiences," Chicago Marathon spokeswoman Alex Sawyer told the paper.

The marathon will begin on Oct. 9.