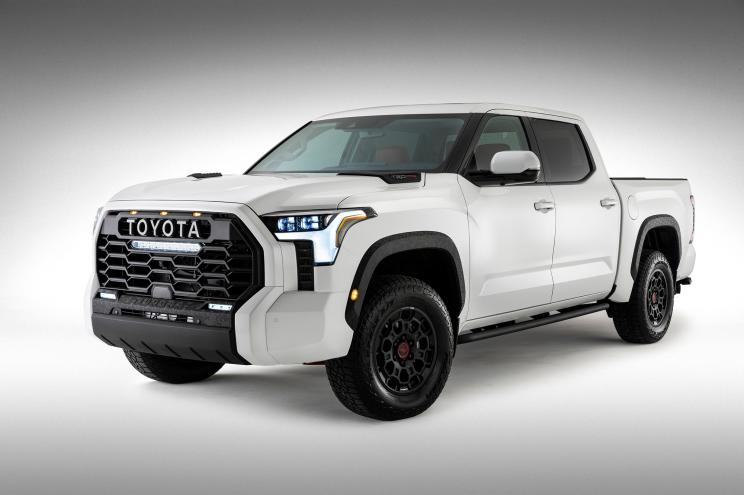 A Chinese company created a bootleg version of a Toyota Tundra. Courtesy of Toyota Motor Sales U.S.A. via AP

It puts the “toy” in Toyota.

A Chinese company is selling a mini pickup truck that’s the spitting image of a Toyota Tundra.

It’s listed as both the SVH Tundar and SVH Tundaa in Facebook posts by the Sino Vehicle Hub that sells it, but its tailgate is embossed with the name Tundra, just like the authentic Toyota is.

Behind it is a 1.0-liter three-cylinder engine that’s supplied by Isuzu, in which Toyota happens to be a minority shareholder.

Power is sent to the rear wheels through a five-speed manual transmission, but it’s only enough to get it up to a top speed of 62 mph.

The list price is just $6,000, according to Autoevolution, and that includes air conditioning.

Toyota and SVH have not responded to requests for comment on the vehicle’s similarity to the Tundra.

This is far from the first time a Chinese automaker has sold a model that appears to be inspired by one from a foreign brand. A range of models, from the Ford F-150 to the Lamborghini Urus, have been copied over the years.

It’s rare that an automaker wins a trademark infringement in court, however, and they often don’t bother to sue, but in 2019 Land Rover was successful in stopping a company called Landwind from selling a copy of the Range Rover Evoque after a three-year legal battle.