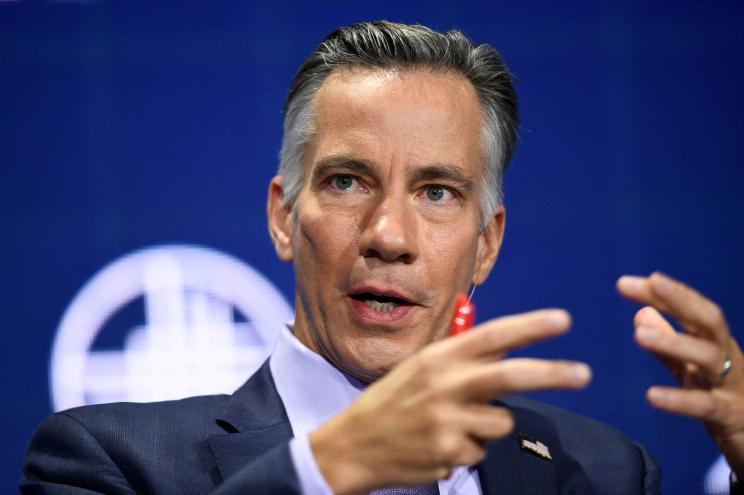 CNN anchor Jim Sciutto has been ordered to take "personal leave," according to a media source. AFP via Getty Images

Longtime CNN anchor Jim Sciutto will not appear on his weekly morning show for some time after he was reportedly ordered to take a “personal leave.”

A media source told the Daily Mail Sciutto would be taking time off from the network after the anchor did not appear on the Tuesday or Wednesday episodes of “CNN Newsroom.” Sciutto’s most recent article was published Monday.

Last month, The Daily Beast’s Confider reported that Sciutto was the subject of a CNN internal investigation earlier this year after he took a “serious fall” in Amsterdam.

Sciutto had been returning home from a reporting trip to Ukraine to cover Russia’s invasion when the incident occurred, according to the September exclusive report.

“Despite colleagues taking direct flights home from Poland, Sciutto and his producer made a stopover in the Dutch capital where the accident occurred. We hear Sciutto has since recovered from the incident but has been directed by CNN to address a ‘personal situation,'” Confider said.

Sciutto traveled to Ukraine in February, March and April of this year.

On May 1, Sciutto posted a photo of Poland, where CNN correspondents were being flown out from after covering the war.

Whenever I cross into Poland from Ukraine, I think: why wouldn’t Ukrainians want similar? It’s freer, wealthier & safer from Russia under NATO. Ukraine has repeatedly elected presidents seeking closer ties with the West. That’s a fact Putin won’t accept. And now Europe is at war. pic.twitter.com/OwIGhScVgV

CNN has been suffering a tumultuous year. Chris Cuomo was fired from the network for allegedly aiding his brother, disgraced Gov. Andrew Cuomo, with his scandals. Jeff Zucker resigned a CNN’s president just a few weeks later after carrying on an affair with an executive.

On Monday, former president Donald Trump filed a $475 million lawsuit against the media company after claiming that the network had carried out a “campaign of libel and slander” against him.