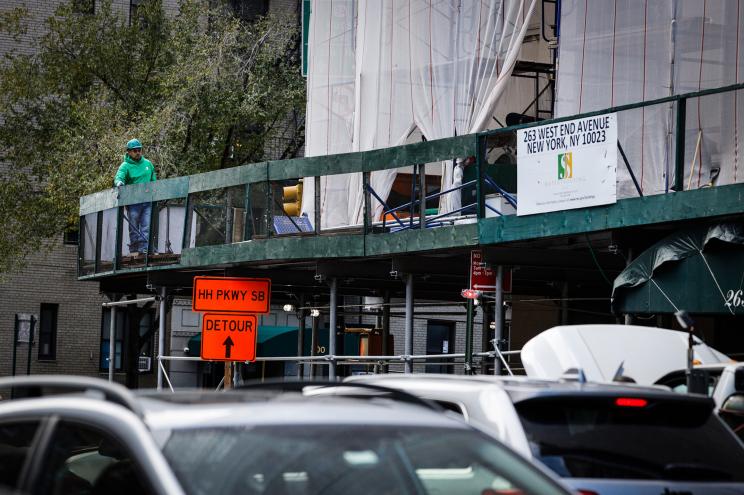 A construction worker plummeted four floors to his death at a landmarked building on the Upper West Side on Monday morning, police said.

The 36-year-old hardhat was on scaffolding at 263 West End Ave. in Manhattan on the Upper West Side when he tumbled to his death around 11:25 a.m., cops said.

He was pronounced dead at the scene.

It wasn’t clear what type of work the man was doing at the building between West 72nd and West 73 streets, cops said.

The real-estate website StreetEasy.com describes the structure as an “elegant prewar co-op building with 22 floors and 125 apartments.”

It was originally constructed in 1929, records show.