Coolio, who died suddenly at the age of 59 on Wednesday, never stopped performing.

The “Gangsta’s Paradise” rapper’s last performances as well as his final social media post have resurfaced after his death as tributes come pouring in online.

Coolio’s last performances as well as his final social media post have resurfaced after his death.

The Compton native — born Artis Leon Ivey Jr. — shared what would be his last social media post, just one week ago.

“What am I doing? #guess #thoughts #sayanything,” the caption read.

The snap showed the singer’s back turned to the camera, seated in front of a vanity mirror while rocking a checkered shirt, Nikes and a ball cap — with holes to allow his iconic braids to show through.

Just five days before his death, he performed at The Roundup Music Venue in Texas. The “My Soul” singer shared a snippet of the concert on social media at the time, jamming out on stage with thousands of fans.

His prior appearances during the last few weeks included his headlining act at Riot Festival on Sept. 18 in Chicago, at Douglass Park.

And in June, the father of six jetted off to Dublin and gave a live performance at the Black Forge Inn — UFC fighter Conor McGregor’s pub — reported the Irish Mirror, appearing with Irish rap duo Versatile. He had previously released a song with group in 2019, titled “Escape Wagon.”

Coolio was found dead on the bathroom floor of a friend’s home in Los Angeles, his manager, Jarez Posey, told TMZ on Sept. 28. He was the pronounced dead at scene by responding EMTs and it is suspected he passed from cardiac arrest.

A-listers such as Snoop Dogg, Michelle Pfieffer, LL Cool J, Ice Cube and more paid tribute to him on Wednesday. 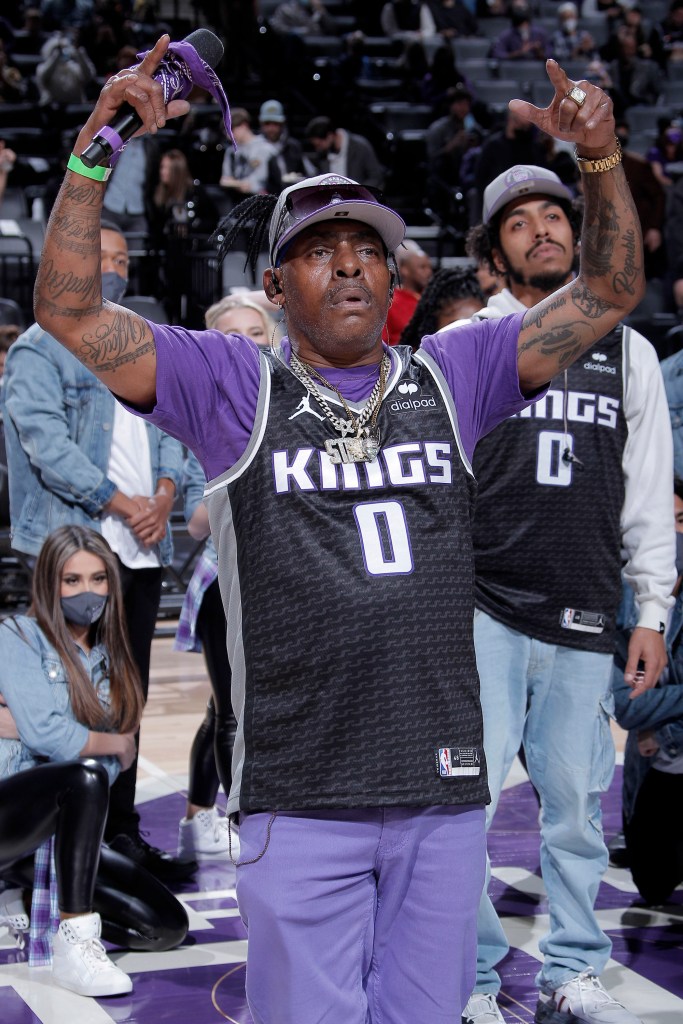 Pfieffer, who starred in his 1995 music video for “Gangsta’s Paradise” — the title track to the actress’ film “Dangerous Minds” — wrote that she was “heartbroken to hear of the passing of the gifted artist @coolio.”

“A life cut entirely too short,” she added.

“As some of you may know I was lucky enough to work with him on ‘Dangerous Minds’ in 1995,” the “Scarface” star continued. “He won a Grammy for his brilliant song on the soundtrack – which I think was the reason our film saw so much success.”

“I remember him being nothing but gracious. 30 years later I still get chills when I hear the song. Sending love and light to his family. Rest in Power, Artis Leon Ivey Jr. ❤️,” Pfeiffer added.

“This is sad news. I witness first hand this man’s grind to the top of the industry,” Ice Cube tweeted. “Rest In Peace.”