The pivotal fourth season of Daniel Jones is underway. The Giants quarterback threw the first pass of the year against a real opponent when New York began his preseason schedule against the Patriots in Foxborough on Thursday night. .

Jones played in his first two series for the team, and for 69 yards he completed 6 of 10 passes. He led the offense with a 13-play, 68-yard opening drive that resulted in a field goal that made the Giants 3–0. The Giants stalled on Jones' second drive and punted. 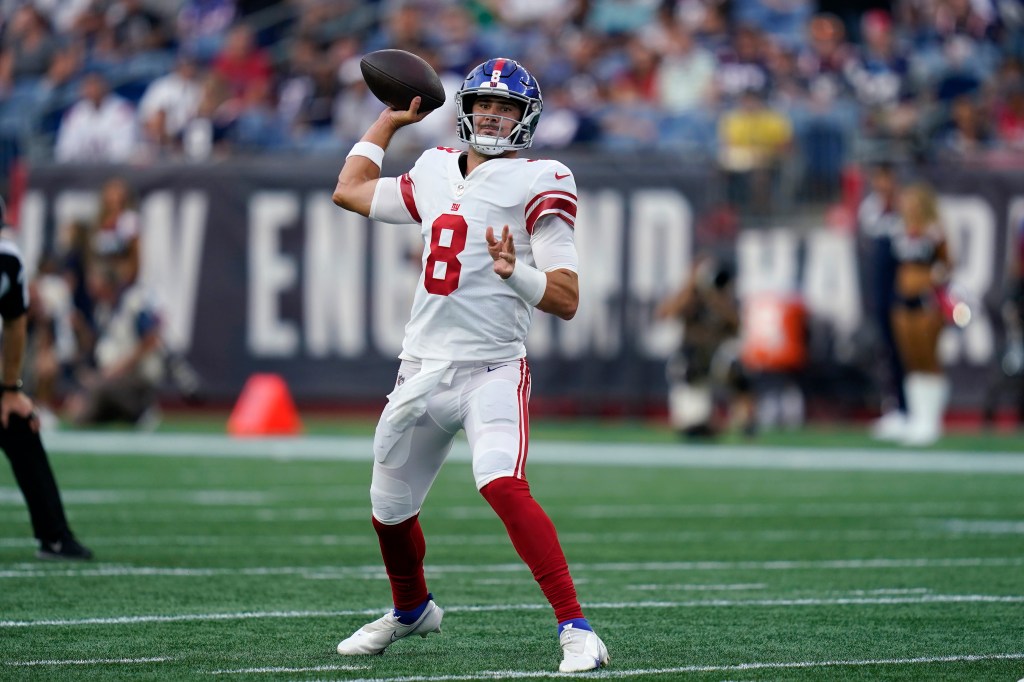 Giants head his coach Brian Daball revealed earlier in the week that he will face "everyone" in the first game of the preseason.

Jones is about to have a decisive season with the Giants and their new regime, who did not opt ​​for a fifth year.