Miami — David Peterson started twice in a row on Sunday, but the waiting match continued.

What followed soon to become a father: his effectiveness on the Mets mound. The left-handed player continued his season's best seven innings, allowing the Marlins two earned runs in the Nick Fortes walk-off home run in the ninth round against Adam Ottavino, losing3-2.

"I was able to get in touch early in the turn at bat and get some quick ground balls to help pitch count," Peterson said. "I felt good on every pitch. I was able to throw some curved balls there, my slider was normal, my fastball feels good, and I had a better command for the changeup. " 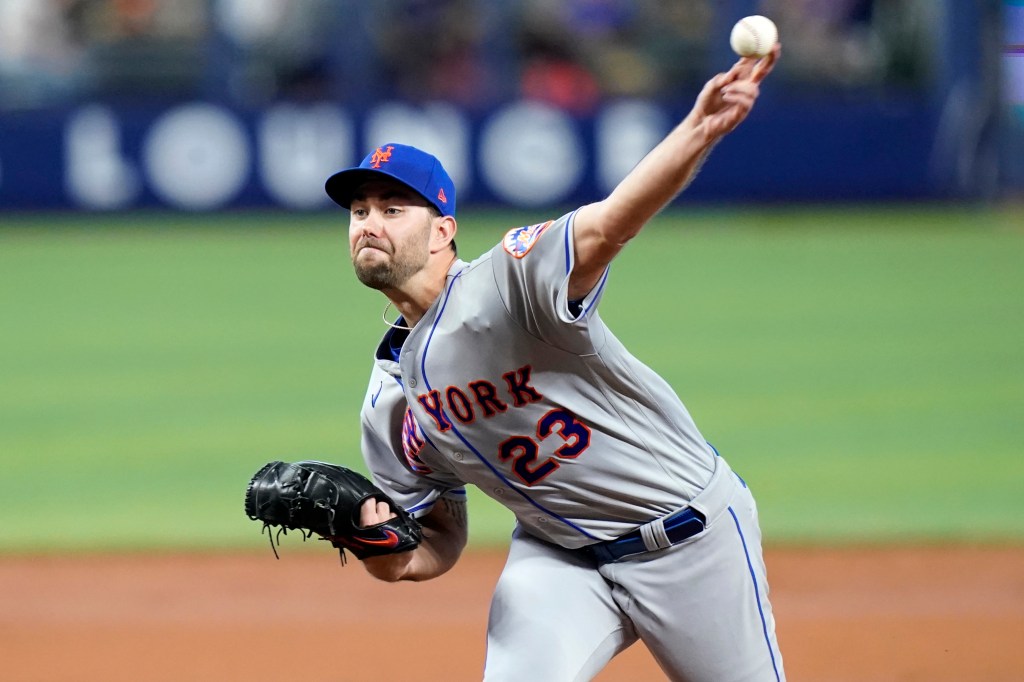 Petersonstarts his last start of 5¹ / ₃ scoreless inning, playing against Marlins in Cityfield on Monday with Jacob DeGrom, Max Scherzer and Tyler Megil on the list of injured. Helps maintain rotation.

"I feel like I'm in a good place physically and mentally," Peterson said.

Regarding the upcoming arrival of his son in Denver, Peterson said: I'm definitely answering the phone and I'm very close.

Scherzer'sMinor League Rehab— He pitches again to Double A Binghamton — scheduled for Tuesday in Hartford, Connecticut. Right-handedthrew 65. At Binghamton's pitchlast week, there was discussion about his return to the Mets on Sunday, but Scherzer and Team Brass chose to play in the minor league to rehabilitate from a tense left diagonal.

According to manager Buck Showalter, Jeff McNeil's return to the starting lineup should take place on Tuesday. The Mets utility man has been sent off since last Monday whenleft the game due to tension in his right hamstring. Showalter showed that artificial turf at the Marlins stadium may have prevented McNeil from returning over the weekend.

Carlos Carrasco, Taijuan Walker and Chris Bassitt are the starting pitchers for the next three games of the Mets. On Monday and Thursday holidays, Show Alter allows Rotor to skip fifth-place starter Trevor Williams.