During Wednesday night's episode of "The Masked Singer," "Shark Tank" star Daymond John was eliminated, and judge Ken Jeong got emotional over the loss of comedian Bob Saget after hearing a rendition of the "Full House" theme song.

John, who appeared on the show as The Fortune Teller, spoke to Fox News Digital about what it was like to be on the show and having to keep it a secret for so long. He sang "Movin’ On Up," the theme song for the popular sitcom, "The Jeffersons," a show he is proud of because it’s about African Americans working their way up in the world as entrepreneurs.

"It was nerve-wracking. I have a whole new respect for people who take the stage and sing, people behind the scenes … the choreographers, everything. It was great," John said. "It was a really great song. I can't say that I picked it initially, but as I reflected on it, and I was singing it, it just brought a lot of other things to me."

Asked what it was like being on the opposite side of the judging panel, the "Shark Tank" star said "it wasn't hard at all." 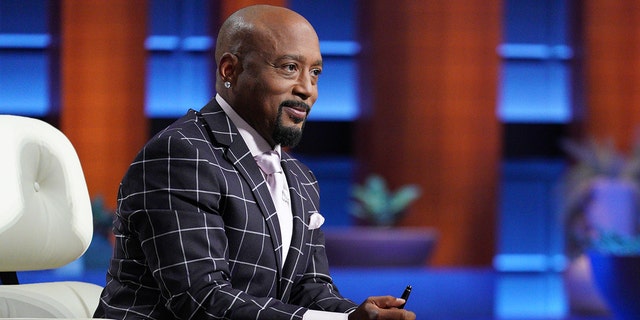 John found it extremely nerve-wracking to be performing on "The Masked Singer" stage and developed a newfound respect for performers. (Christopher Willard/ABC via Getty Images)

"I love that part," John added. "I believe that this was only going to bring you successes by being vulnerable and being out there and pitching yourself. I got to this point in my life is by being judged and by pitching myself every single minute of my life."

John had a connection with the show as he has known host Nick Cannon for what he considers "a very, very long time," explaining that as a child actor, Cannon would come "to the showroom to pick out clothes" and that they "hang out casually" and have done so for a few years.

One of the hardest parts about being on the show was keeping it a secret, especially since he was filming two shows at the same time.

"It was very hard to keep it a secret, but it was only hard because of my schedule. I was also filming 'Shark Tank,' a lot of the stage and the crew that were pushing the stuff around and pushing me out there … were just working on ‘Shark Tank’ the day before," he said. "I had people literally three feet in front of me directing. When I took off my mask, half of the crew was like, ‘What now is going on?’ I mean, I was literally with them for weeks at a time filming." 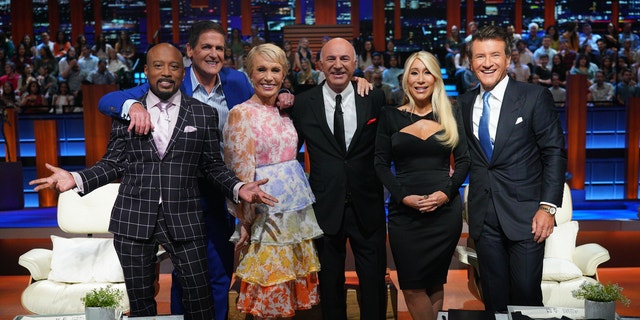 It was hard for John to keep the secret because he was filming "Shark Tank" at the same time with the same crew. (Christopher Willard/ABC via Getty Images)

Prior to getting eliminated, John found himself in the bottom three, where he was made to participate in a song-off. He made it past the first round of competition but then had to face off against The Harp, with the final song they had to sing being the "Full House" theme song, "Everywhere You Look."

Upon hearing the contestants sing the show’s theme song, Jeong was overcome with emotion as he began to think of his friend and star of "Full House," Bob Saget. Saget passed away in January 2022.

"I tell you, watching you sing that, Harp, and seeing Jodie [in the audience], somewhere up above, our friend, Squiggly Monster, Bob Saget, is smiling," Jeong said, choking back tears after the performance.

Jodie Sweetin, star of "Full House" and "Fuller House," was in the audience that night as she was acting as a guest host for the evening alongside Tori Spelling. The two of them brought out clues as to who the contestants were. 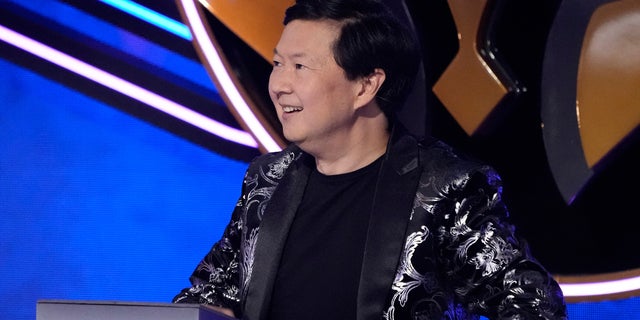 Ken Jeong got emotional after contestants sang the "Full House" theme song on "The Masked Singer." (FOX via Getty Images)