The bodies of a California couple and their dog were found hidden under the heavy brush of a creek bed where a driver had crashed the day before, police said.

Matthew Chachere and Jennifer Besser had been walking their pet, Buddy, Nov. 21 when they were struck by an excessively speeding 24-year-old driver in San Luis Obispo, the city’s police said.

The unidentified male driver had reportedly struck the curb, a street sign and the abutment of the bridge on Sacramento Drive.

San Luis Obispo police responded to the scene after receiving a call for a single-car collision, but released the driver after not noticing the bodies and determining that he was not under the influence of alcohol or drugs.

Whether the driver hid the bodies himself has not been disclosed by police at this time.

The next day, the SLOPD received a report that a dead dog was lying in the creek bed at Sacramento Drive where the crash had occurred. Police unsuccessfully tried to contact the dog’s owners before making arrangements for the poor pet to be brought to Animal Control.

Later that night, Chachere and Besser’s family filed a missing persons report for the couple after they didn’t show up to a holiday gathering in Modesto, police said. Family members submitted pictures of the pair and Buddy, which one SLOPD dispatcher recognized as the dead animal that was reported earlier that day. 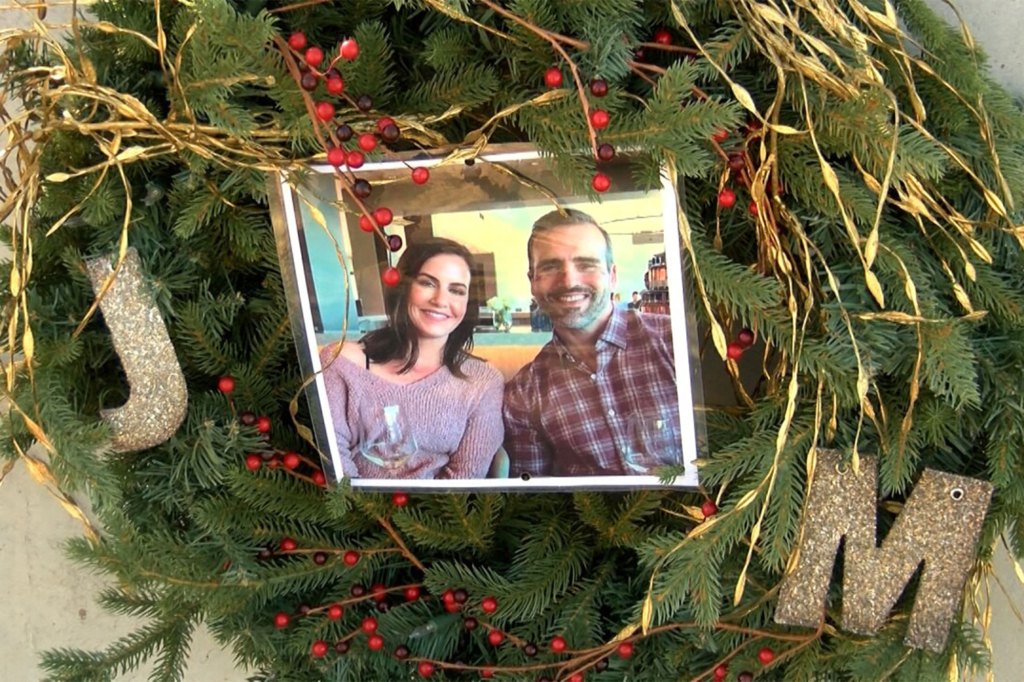 Police returned to the crash site, but this time searched through the heavily wooded creek bed, where they discovered the bodies of Chachere and Besser “under heavy brush.”

Both Chachere, 39, and Besser, 36, worked for E&J Gallo Winery in Modesto, the Tribune reported. Chachere, who was a linebacker for California Polytechnic State University from 2001 to 2005, had coached at Davis and Ceres high schools in Stanislaus County.

A memorial now lies at the site where police believe the couple was killed, KSBY reported, complete with flowers, candles, photos and a stuffed animal reading, “Jennifer, Matt, Buddy we love you and miss you.”

Members of Chachere and Besser’s family stopped by to visit the memorial Tuesday.

“They were a very supportive family. They were there, his mom and dad, were there for all the games. I can still remember the dad’s face and smile and joy watching his son, great man, you can’t help but feel pain for them,” Chachere’s former Cal Poly Coach Payam Saddat said.

Police are still investigating the crash and have interviewed the 24-year-old driver. The driver could face criminal charges pending the findings.