One preseason game and a few practices still remain for things to change and nobody — least of all defenseman Robin Salo — is counting anything as final yet. But surely, if the Islanders had to announce their opening night roster, it seems very much as though Salo would be in line for a third-pair slot on the left side alongside Scott Mayfield.

That remained the prevailing conclusion following the Islanders’ 5-2 victory Thursday night over the Devils at UBS Arena.

Salo played 18:23 of sound hockey, tied for the Islanders’ lead with four shots on net and helped set up Anthony Beauvillier’s third-period goal with a hard drive to the net that eventually led to an open look.

“Just steady, first of all,” head coach Lane Lambert said of Salo following the game. “Steady moving pucks. Good on the blue line offensively. Making decisions, getting pucks through and when he doesn’t have a play, he puts it in an area where he can get it back. He has a lot of poise back there.”

In a 21-game NHL cameo sprinkled throughout last season, Salo had a goal and four assists, proving himself to be a capable offensive player prone to defensive lapses. Those lapses ultimately kept him from grabbing any consistent playing time with the big club. With that experience under his belt, however, Salo, who will turn 24 on opening night, looks ready to be a full-time NHL player. Lambert’s system, in which there is more freedom for defensemen to get up on the play than last season, suits Salo. 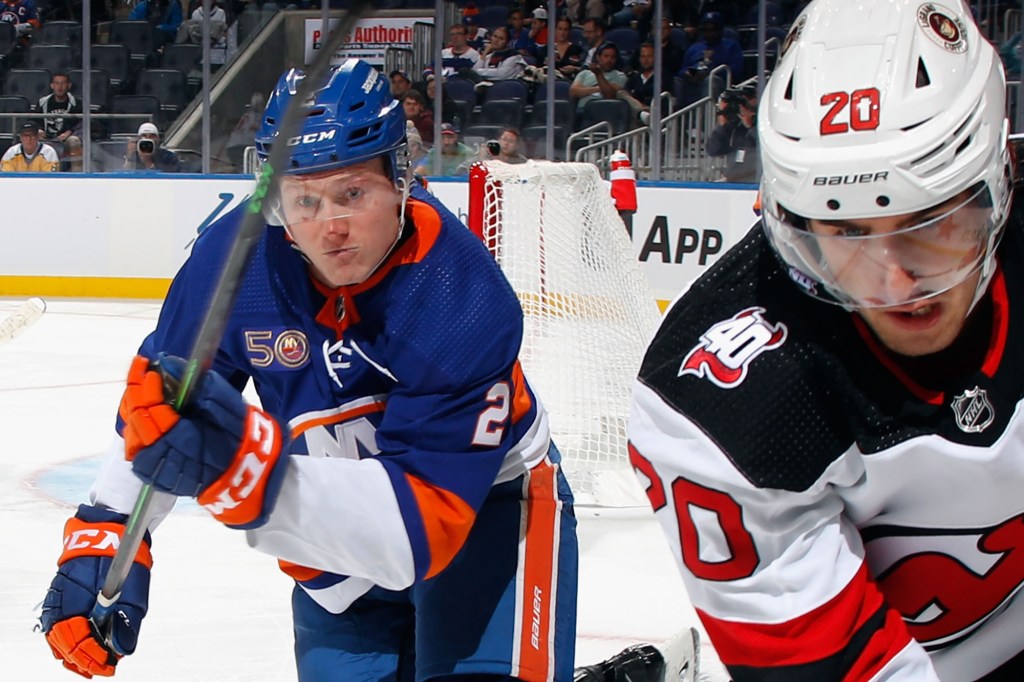 “I like to stay active and when we play aggressive, I kinda like that,” Salo said. “You kinda get that step up, always be there. … I like the play style. Just can be aggressive, you don’t have to think too much.” 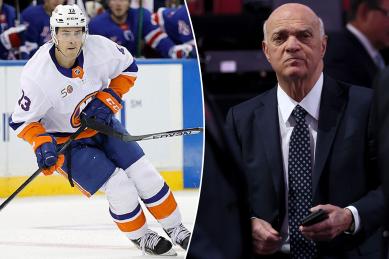 The Islanders came into camp with four clear candidates for the sixth and seventh (and eighth, if they choose to carry that many) defensive spots: Salo, Sebastian Aho, Grant Hutton and Dennis Cholowski.

LaDue outlasted Cholowski in camp and, after he assisted on Ross Johnston’s goal at 14:48 of the second period on Thursday, it’s worth wondering whether he is suddenly putting himself in the mix for the seventh role.

“As you get older, you try not to think about that,” the 30-year-old LaDue said. “I know if I play my best hockey that I can help this team out up here. That’s all I’m focusing on is going out there and playing my best and playing my game. We’ll see what happens, but whatever happens, just gotta keep moving forward.”

Salo, an object of greater intrigue, echoed the same ideas.

“Try to just focus on my game, doing the best I can out there,” he said. “Then the rest is, I can only focus on the things that I can affect. Just try to play with my strengths out there and play my best game. Then the result will sort itself out.”

His strengths, though, have left an impression.

“Robin uses his skating ability to create a lot of space, to get away from the forecheck and be able to break out the puck, a lot of times enter the [offensive] zone his own way,” Islanders captain Anders Lee said Thursday morning. “I think that gives him a great chance to be effective each night.”

That seems to be an asset the Islanders are looking for in their defensemen nowadays.

“We still have one game left and there’s things to be sorted out,” Lambert said, asked about where Salo stands in the competition. “He’s certainly playing well. No question about it.”