DeMarcus Cousins is reportedly set to join Dwight Howard in Taiwan’s T1 League, but the volatile big man is wondering why he still isn’t in the NBA.

So much so, in fact, that the four-time All-Star still calls Warriors GM Bob Myers, even though he last played for Golden State three seasons ago and lasted just one season with the team.

“DeMarcus called me a month ago and he said, ‘Why am I not in the NBA?’” Myers told Matt Barnes and Stephen Jackson on the “All The Smoke” podcast earlier this week. “And I said, ‘You want that answer? … Because people are afraid of how you’re going to act.’ And he’s like ‘Why?’ And I said, ‘Well whatever the reason is, it’s here now.’

“And I like DeMarcus. You guys may know him. He’s just, I can’t blame him for him because of all he’s been through.” 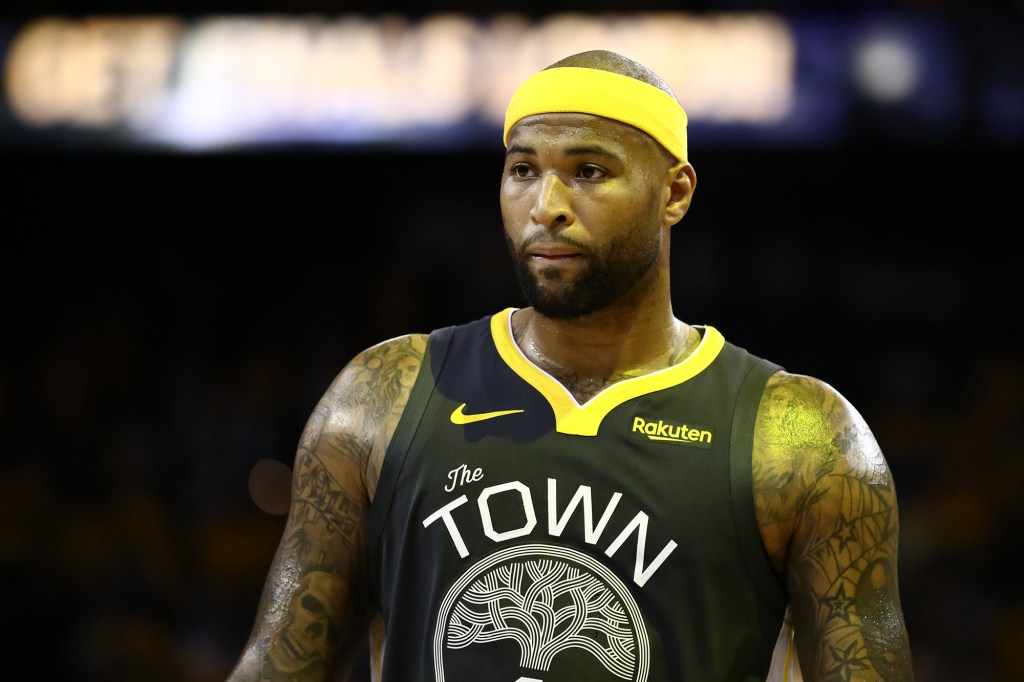 Cousins, 32, spent his first seven years in the NBA with Sacramento, where he rose to prominence but also found himself embroiled in a number of controversies. Notably, he was suspended two games by the league in November 2012 for confronting Spurs color commentator Sean Elliott in a “hostile manner” after Elliott said Cousins tried to “bully” Tim Duncan in a game. In December of that season, the Kings also suspended him indefinitely for “unprofessional behavior and conduct detrimental to the team.” The suspension was lifted later that month.

After being traded to the Pelicans just over halfway through the 2016-17 season, Cousins again flashed his enormous talents with a slew of games in which he put up monster numbers, but in January 2018 he tore his ACL, ending his season.

Cousins, a four-time All Star then signed a mid-level exception to join the Warriors, who reached the NBA Finals in 2019, but he was again plagued by injuries. After the season, he signed a one-year deal with the Lakers but tore his ACL during a preseason workout and missed all of 2019-20.

Off the court troubles also arose in the summer of 2019 when an arrest warrant was issued for Cousins on a misdemeanor domestic violence charge after his ex-girlfriend and mother of their child alleged that he threatened to shoot her. The charges were dropped three months later, however, and the case was dismissed.

Cousins went on to sign with the Rockets in December 2020 but was released just over two moths later and brief stints with the Clippers, Bucks and Nuggets followed.

Earlier this week, the Basketball Network reported that Cousins is set to join Howard in the T1 League, quoting the former fifth-overall pick out of Kentucky as saying, “Hi Dwight, I’m coming!”