Democrats in key Senate races have been breaking records with their fundraising — signaling they'll have substantial resources available to them in the final weeks of the election season. And yet, last month, Republicans outspent them on air, largely thanks to outside groups.

The shift in spending has come up on the campaign trail. It hasn't escaped the notice of the Democrats that they're getting hammered by GOP ads, and they may be having an effect: polls have tightened in recent weeks in multiple battleground races.

Ad spending in the general election for the Senate has now topped more than $1 billion, and more than half of that has gone into four races: Georgia, Nevada, Pennsylvania and Wisconsin.

When it comes to the Senate races, Democrats have been able to exceed or match Republicans on the airwaves in terms of the reach of their ads in most weeks since the general election began, according to a source tracking media buys. That's in part because candidate campaigns receive better rates on advertising. In other words, they're paying less than outside groups for the same air time. Even if they are being outspent by outside groups, Democrats have maintained the advantage in who's seeing those ads, at least so far. 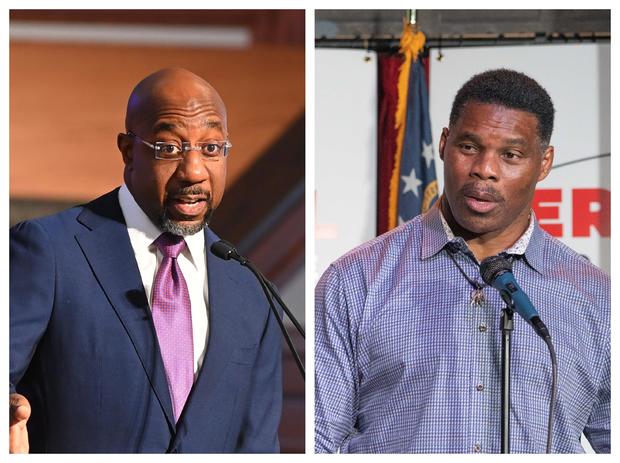 Among Republicans, only Dr. Mehmet Oz in Pennsylvania and Herschel Walker in Georgia have released totals so far. Oz brought in just over $17 million, but that figure included a $7 million personal loan; Walker said he raised $12 million. 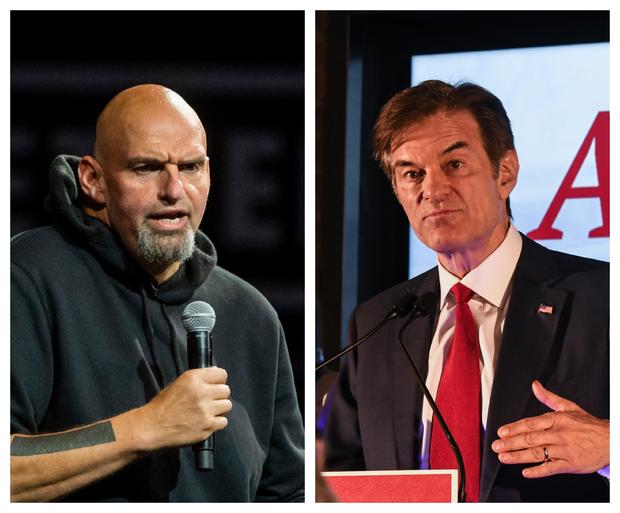 From April until the end of June, Democrats outraised Republicans in nearly every battleground Senate race, with the exception of Wisconsin — in some cases they raked in nearly twice as much as their opponents. Meanwhile, Republicans outspent Democrats in the Senate races last month with more than $178 million compared to Democrats' $164 million, according to AdImpact.

But most of that Republican money  — $133 million last month — came from outside groups, while candidates put up $33 million. For Democrats, more money was spent directly by candidates.

Here's what that meant in some of the biggest races:

In Georgia, Warnock was the largest TV and cable spender in one of the nation's most competitive Senate races in July and August with nearly $10 million. But Republicans last month outspent Democrats in the race in support of Republican Herschel Walker. Overall, however, Democrats' ads aired more often because of the more favorable rates for candidates.

A similar pattern has played out in Pennsylvania. Fetterman was the bigger spender on TV and cable in the first two months of the third quarter; Democrats outspent Republicans overall. That shifted in September to Republicans with the spending edge.

The shift to greater GOP spending more in the races after Democrats had the spending advantage could also be seen last month in North Carolina, Nevada and Ohio. The number of GOP ads understandably increased, but in all of them, Democrats maintained an edge in the number of ad airings, according to AdImpact.

The situation was slightly different in Wisconsin, where incumbent Republican Sen. Ron Johnson led Barnes, his Democratic opponent,  in fundraising for the second quarter, though Barnes was in the middle of a crowded Democratic primary. While Johnson has not yet released his fundraising numbers from July through September, Republicans have been flooding the airwaves and spending millions to back their only GOP incumbent up for re-election in a state President Joe Biden won.

In September, Republicans collectively outspent Democrats on TV and cable advertisements in Wisconsin: $18.3 million to $13.9 million, according to AdImpact. Democrats spent over $1 million more in August and about $3 million more in July, but with Democrats going through their primary process in those months. In July and August, more Republican ads aired than Democrats'. That was not the case last month but it was much closer in number than in other states.

Anthony Chergosky, a political science professor at the University of Wisconsin-La Crosse, said the outside spending from Republicans has played a "major role" in the campaign. He said while sometimes outside group spending can "hijack" the candidates' message and focus, the Republican ads have "reinforced" Johnson's messaging against Barnes on crime and law enforcement.

"You turn on the TV in Wisconsin and every commercial break features Mandela Barnes getting absolutely pummeled over the issues of policing and crime," he said. "The Republican outside groups know exactly what to do in terms of targeting Mandela Barnes' weak spots."

When it comes to the rise in GOP ads, the McConnell-aligned Senate Leadership Fund was the biggest player in some battleground Senate races last month. A spokesperson for the group said it was "furiously litigating Democrats' records."

"As voters learn about Democrats' lockstep support for the agenda destroying their quality of life, they are desperately searching for candidates who will be a check on these out-of-control liberal policies," communications director Jack Pandol said in a statement.

One of the few major Senate races where Republicans spent less than Democrats last month was in Arizona, where Democrats spent nearly $9 million more than Republicans. Incumbent Democratic Sen. Mark Kelly contributed more than $9 million of the $19.4 million spent by Democrats on television and cable ads. 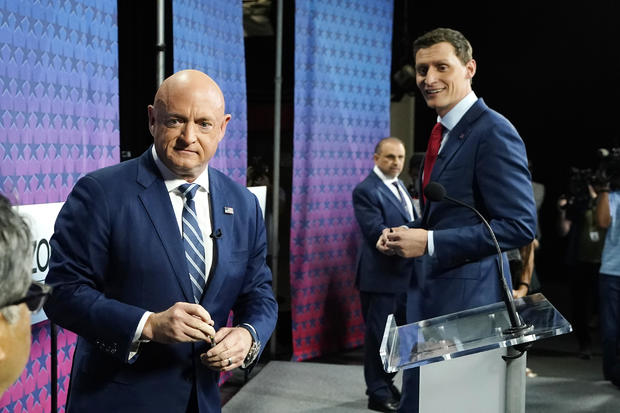 While the ad spending dynamic may have shifted over the third quarter to more Republican spending, Democrats are getting some help from outside groups, too. While it did not spend as much as the Senate Leadership Fund, the Senate Majority PAC dropped roughly $27 million last month – making it the largest spender for Senate Democratic candidates, according to AdImpact. It was followed by candidates Warnock and Kelly among top Democrats spending on television.

The filing deadline for candidates to report their third quarter fundraising totals with the Federal Election Commission is October 15.