​Democrats have a 20 percentage point lead over Republicans among Latino voters — but that advantage ​has slipped from past election cycles, according to a poll released on Sunday.

Asked which party they would like to see in control of Congress after November’s midterm elections, 54% of Latino voters picked Democrats, while 33% went with Republicans, giving Democrats a 21-point edge, an NBC News/Telemundo poll found.

The survey, released less than six weeks away from the election, also found that Latinos are split on President Biden, with 51% approving of his job performance and 45% disapproving.

Among the issues garneting their disapproval are the cost of living (60%), the economy (54%) and border security and immigration (51%).​

“While Latinos continue to lean toward the Democratic Party and prefer Democratic control of Congress, Republicans have a higher share of the vote than we’ve measured previously,” Democratic pollster Aileen Cardona-Arroyo of Hart Research Associates, who conducted this survey with Republican pollster Bill McInturff, told NBC News.

“Being down by 20 points is a lot better [for Republicans] than being down by 40 points,” McInturff said.

Latino voters largely side with Democrats on abortion, protecting democracy, healthcare and addressing the concerns of the Hispanic community. 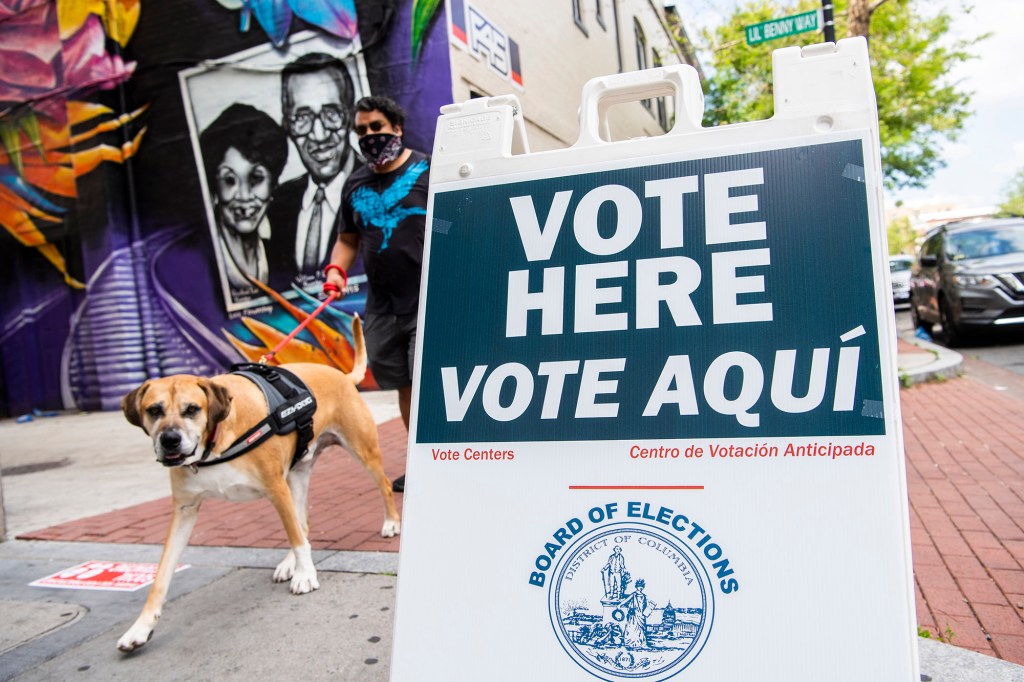 They back Republicans on the economy, crime and border security.

They’re split on whether the border is secure. The poll showed that 46% believe the border is “totally” or “mostly” secure, compared to the 44% who say it is “mostly not” or “totally not” secure.

But a substantial majority, 65%, believe that migrants who arrive at the southern border should be allowed to remain in the US until their asylum cases are heard in court.

Thirty-one percent say those migrants should be immediately detained and sent back to their countries of origin.

The poll surveyed 1,000 registered Latino voters between Sept. 17-26. It has a plus/minus 3.1 percentage points margin of error.