“It is a defining issue,” said endangered Rep. Dan Kildee (D-Mich.), who is running a spot featuring a rape survivor who needed a lifesaving abortion. “My position and my opponent’s couldn’t be more stark. People should know this is a guy who thinks he has the right to tell a woman what to do after she’s raped.”

Kildee is among dozens of Democrats in the most competitive districts who are flooding the airwaves with abortion-focused TV ads, a sign of just how potent they believe this attack will be in their underdog bid to keep control of the House. And it’s not just candidates themselves: At least seven super PACs have centered ad messaging on abortion rights, as has the Democratic Congressional Campaign Committee. Outside groups devoted more than 40 percent of their total broadcast TV spending to running abortion ads, according to AdImpact.

“It’s a serious subject and it’s really important to people,” said retiring Rep. Ed Perlmutter (D-Colo.). “So I don’t think you can overplay that.”

In some ads, abortion is the central message; in others, it’s a brief mention. But one way or another, it is the topic that appears most frequently in Democratic spots.

The ads feature rape survivors, worried mothers and white-coated OB-GYNs. They warn that Republicans want to institute a federal abortion ban and that their GOP opponents would not carve out exceptions that would allow the procedure in cases of rape, incest or if the life of the mother is at risk.

Abortion has been the most popular issue in Democratic broadcast TV spots, appearing in nearly one-third of them, according to AdImpact data. The second most prominent topic, health care, appears in just 17 percent, followed by taxation, which appears in 16 percent.

Still, most candidates have been careful to advertise on other topics as well.

“There’s no one I’ve ever talked to who cares only about one issue,” said Rep. Pat Ryan (D-N.Y.), who stunned many Democrats when he won a summer special election after waging an abortion rights-focused campaign. But he stressed that he also ran an ad on his fight to lower utility costs in New York: “We have to have a holistic message.”

The spots are also on air in rural areas, including in Democratic Rep. Vicente Gonzalez’s seat in South Texas and against GOP Rep. David Valadao’s district in the Central Valley of California.

“Americans don’t like rights being taken away,” said Abby Curran Horrell, the executive director of House Majority PAC, House Democrats’ top outside group. The super PAC is airing abortion ads in those two heavily Latino districts. “It crosses demographics, it crosses geographies. It’s an issue that resonates with voters across the political spectrum.”

“We feel very confident in the strategic messaging decisions that we’re making to win races,” she said.

Their messaging has left Republican candidates on the defensive. Only a handful have used paid advertising to address the attacks head on, a move that could both blunt Democrats accusations — but also further shift the narrative away from economic issues.

Rep. Tom Emmer (R-Minn.), who leads the House GOP campaign arm, said his candidates need to “have a position” on abortion — to tell their voters where they stand — but he does not believe it will sway any races.

“This election is about kitchen table issues,” Emmer said. “Those are the issues that we need to address and we need to stay focused on.”

In polling commissioned by the National Republican Congressional Committee in August and September, voters in 68 out of 69 districts surveyed said the economy and inflation, combined, were more important to them than abortion rights. Among independents polled, inflation was the top issue for 25 percent, followed by abortion at 12 percent.

For Democrats, abortion was the top-polling issue, at 25 percent — a sign that the advertising could be a potent base motivator for the party in many districts. In blue-tinted seats, such as those held by California Reps. Mike Levin and Katie Porter, that message could increase Democratic turnout and provide an easier path to victory.

But as GOP candidates and outside groups largely ignore the issue to focus on crime and inflation, some battleground Democrats have privately wondered whether their party is devoting enough resources to combating those attacks. 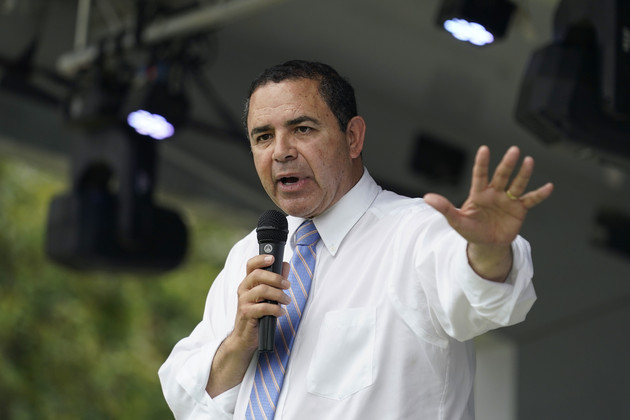 “Abortion is an important issue for Democrats. But you have to have a diversity of issues,” said Rep. Henry Cuellar (D-Texas), an anti-abortion Democrat who defeated a liberal primary challenger this year who made supporting abortion rights a major part of her platform. “You can’t depend on just that.”

Cuellar said that even among Democratic voters, it’s not always a top issue, particularly in a culturally conservative, and predominantly Catholic, district like his. The same dynamic is playing out in retiring Democratic Rep. G.K. Butterfield’s seat in rural eastern North Carolina.

Abortion is important, and Democrats should message on it, Butterfield said in an interview. But it’s not one of the top five issues in his district, the incumbent continued. State Sen. Don Davis, the Democratic nominee for the seat, is not running any broadcast TV ads on abortion rights.

Democrats in multiple other swing districts told POLITICO they have already made plans to run an economic-focused ad — alongside other abortion ads — in October, particularly amid recent stock market jitters. Democratic super PACs, run by party strategists, are airing more abortion attack ads than candidates themselves, who also run positive spots highlighting their work in Congress.

“I’ve cautioned my team about not going all in on it, like we don’t talk about anything else,” said one Democratic incumbent, who spoke on the condition of anonymity. The lawmaker said the abortion issue is likely to sway the election by “a few points,” but feared that it could swamp the party’s message on the economy to the point where voters think Democrats are saying, “‘Oh who cares that prices are high?’” 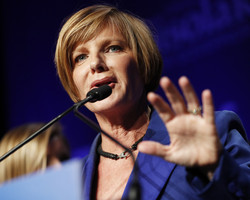 For the most part, though, Democrats are confident that protections for abortions are so popular in swing districts that it will help them hold onto seats that looked lost before the Supreme Court’s decision in June.

And two August elections emboldened Democrats in their embrace of the strategy. First, voters in Kansas soundly rejected a constitutional amendment that could have restricted access to abortion. A few weeks later, Ryan won in New York.

By the summer, dozens of other campaigns followed their lead. In the days after the final 2022 primary contests in New Hampshire, both the state’s Democratic incumbents, Reps. Chris Pappas and Annie Kuster, released TV ads warning of their opponents’ stances on abortion.

“It’s just the No. 1 issue on the ballot,” Kuster said in an interview. Her opponent, Bob Burns, narrowly beat out a more moderate Republican, who describes himself as “pro-choice.” She said her ad would have cross-partisan appeal in a state where abortion rights are broadly popular.