Deshaun Watson met with the media for the first time in fourth months on Thursday, but the Browns quarterback didn’t have much to say.

At least not when it came to the several questions related to his alleged sexual misconduct against more than 20 female massage therapists and the subsequent 11-game suspension for having violated the NFL’s personal conduct policy. Football questions only.

Watson made an opening statement that included the 27-year-old three-time Pro Bowler saying he was excited to be back; then he thanked the Browns, his teammates, personal trainers, the city of Cleveland and those who sent positive energy his way.

“I understand that you guys have a lot of questions,” he said. “But with my legal team and my clinical team there’s only really football questions I can address at this time.”

Along with his suspension, Watson agreed to a $5 million fine and to undergo professional counseling and therapy. 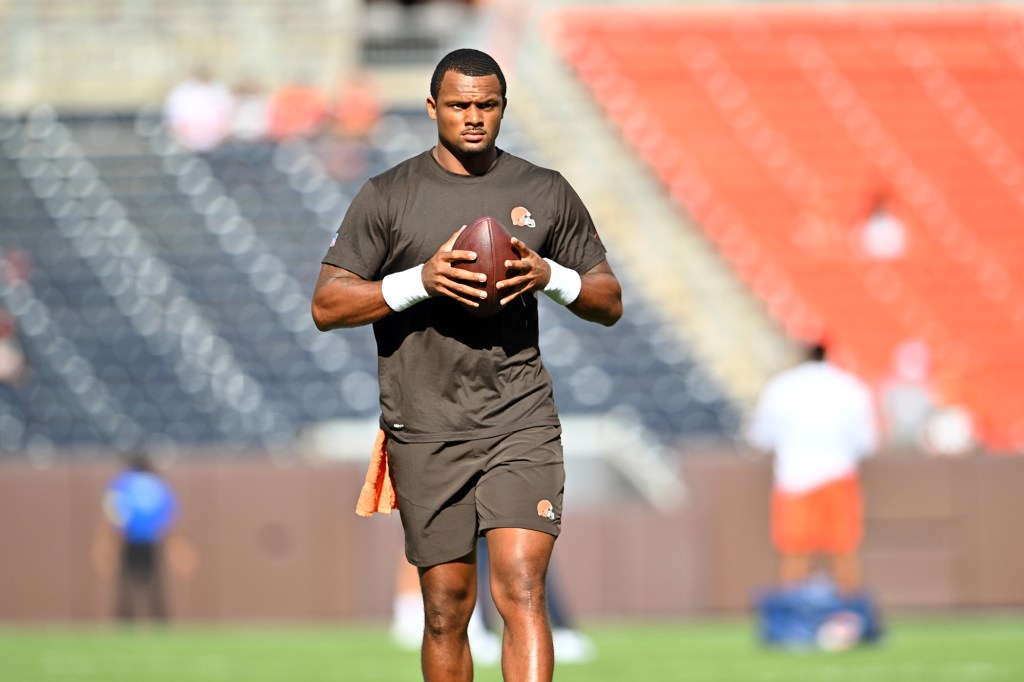 When asked about the counseling, along with whether he should be the face of an NFL franchise, Watson ducked both questions. He also didn’t answer a question about his mental state during the suspension.

“I respect your question,” Watson said. “I understand. But that’s more in that phase of clinical and legal stuff and I’ve been advised to stay away from that and keep that personal.”

It was an about face from the last time he faced the media, on Aug. 11, when the news broke about the suspension and Watson fielded questions about the situation as well as continued to proclaim his innocence.

Deshaun Watson’s opening statement. Thanks Jacoby Brissett. Thanks browns and trainers and fans. Also says he is only answering Football questions for legal reasons. pic.twitter.com/rHemk0eD8I

Watson will make his Browns debut on Sunday in Houston — where 10 of his accusers plan to be in attendance. It’s also where he spent his first four years in the NFL before being dealt to the Browns last offseason. Cleveland then inked him to a five-year, $230 million fully-guaranteed contract.

“I’m focusing on football,” Watson said. “My main focus is locked in on the game plan and trying to execute and make sure that I’m keeping the standard up for the Cleveland Browns so we can try to win.” 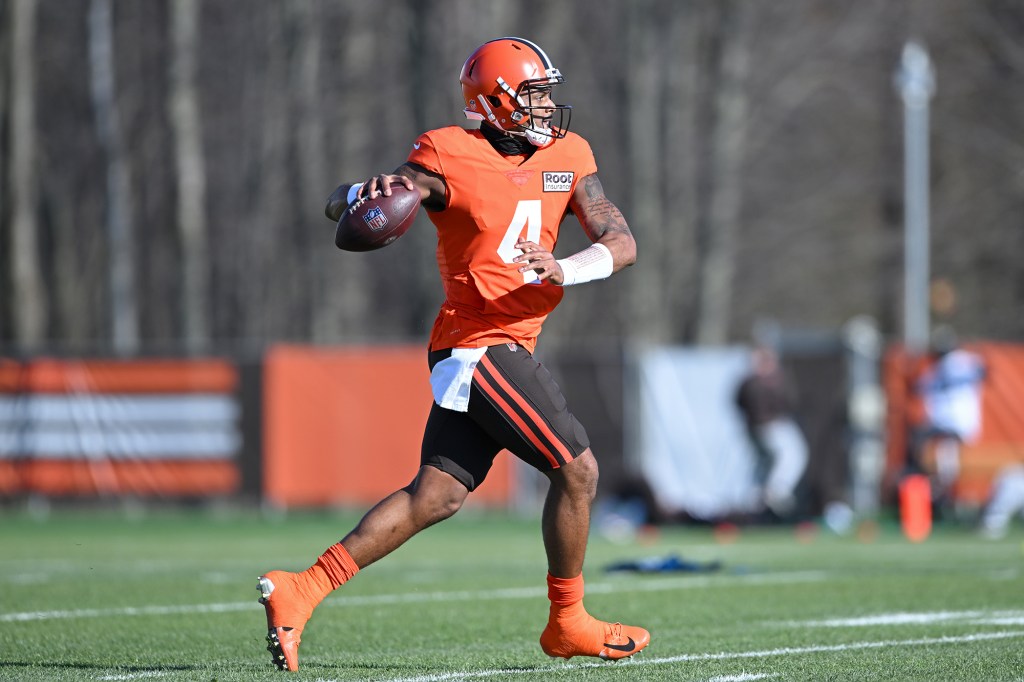 Watson, who was suspended on Aug. 30 and returned to practice Nov. 16, settled with 23 of the women who filed civil suits over the allegations after two grand juries in Texas declined to indict him on criminal charges. Two lawsuits remain pending.