Detroit police said they fired 38 shots in 3 seconds at Porter Burks, a 20-year-old schizophrenic Black man, as he was in an apparant mental health crisis, killing him.

During a press conference on Tuesday with Detroit Police Chief James White, snippets of body camera footage were shown of events leading up to the fatal shooting that occurred Sunday. The body camera footage shown involved a trained crisis intervention officer identified as Shawn in the video. 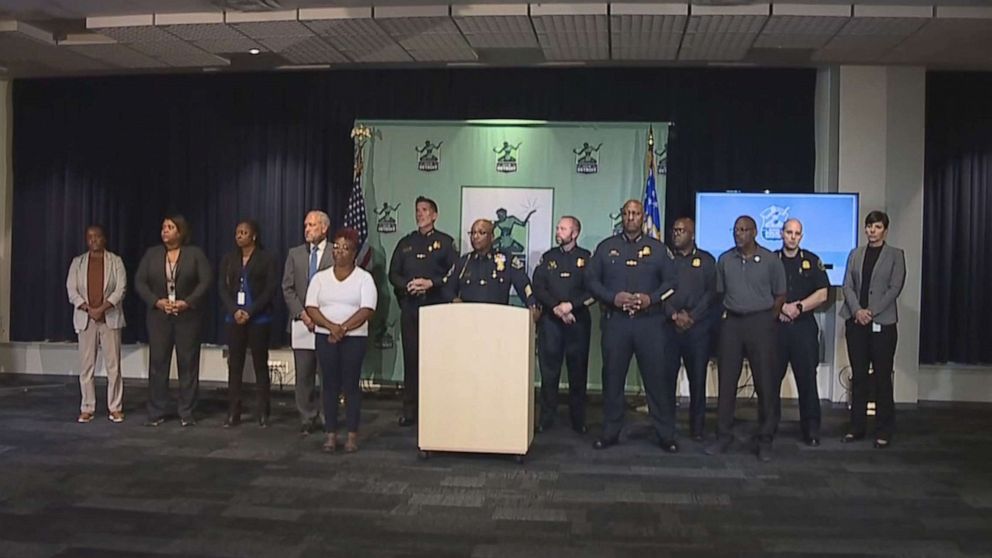 Chief James White and the Detroit Police Department holds a press conference to release bodycam footage from the shooting of Porter Burks in Detroit, Oct. 5, 2022.

In the video, officers can be heard negotiating with Burks, who is alleged to have been armed with an 8-inch blade knife, ordering him to put it down and offering to get him some help.

"You're not in any trouble, just drop the knife and we'll get you some help," the officer said in the video.

Burks can be seen running toward officers in the video before he was fatally shot.

Burks was too far from law enforcement for a taser to be effective, White said.

Detroit Police executive team director Christopher Graveline said there were numerous officers at the scene Sunday where Burks was killed, but only five had fired their weapons.

Due to the ongoing investigation by Michigan State police, White said he is not releasing the full names of the five officers involved but they are all currently on administrative leave. 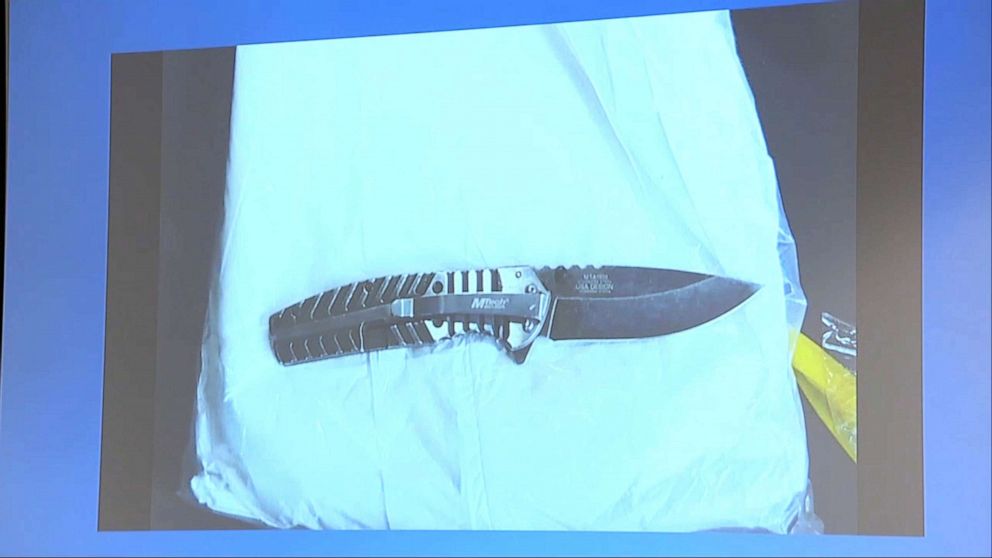 A knife allegedly held by Porter Burks is displayed during a press conference with Chief James White and the Detroit Police Department regarding the fatal shooting of Burks in Detroit, Oct. 5, 2022.

Burks was diagnosed with schizophrenia three years prior and was having a mental episode, according to his brother Damondo Anderson, who called the police for help.

In the body camera video, Anderson tells police Burks was frantic and slashed his tires. Anderson claimed he was “concerned for people” because he was armed with a knife.

Police were aware of Burks' mental health condition, according to Graveline. They responded multiple times on separate occasions -- two incidents dating back to 2020 where Burks stabbed his siblings. 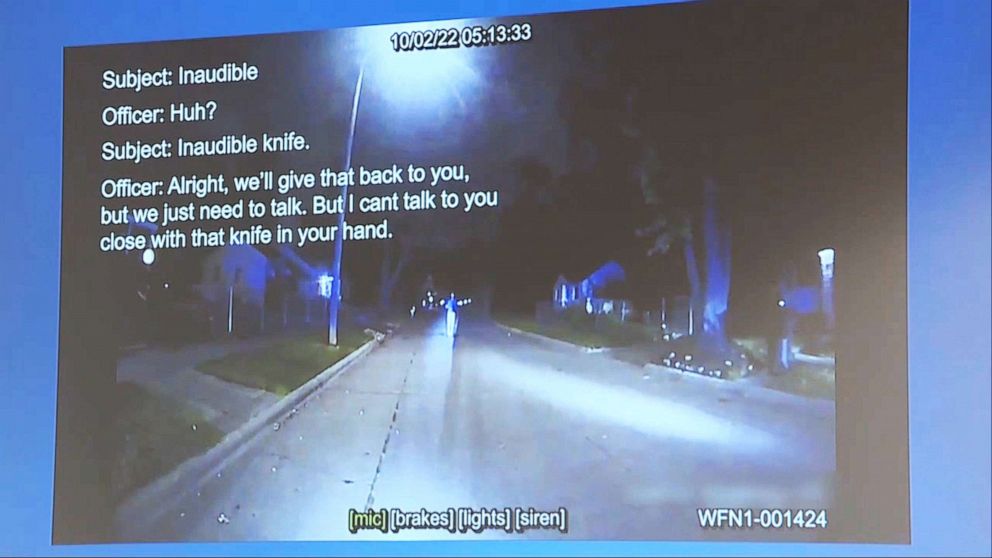 Bodycam footage released by the Detroit Police department shows Porter Burks during the incident when he was fatally shot in Detroit, Oct. 5, 2022.

"In March of 2020, he stabbed two family members, a sister…he stabbed her in both her neck and her hand," Graveline said at the news conference. "As well as a brother in the top of his head as the brother came to defend the sister."

"What we have found unfortunately is a system that has failed Mr. Burks on several different occasions," Graveline said. "That schizophrenia manifested itself into violent behavior. We have seen a pattern of him being brought to psychological services and being released and not being followed up with taking his medication."

White said that they need "help with the system."

Fieger Law announced Wednesday that Geoffrey Fieger will be representing the family of Burks and will hold a press conference Thursday at 10:30 am.