Disturbing video captures the moment a crew viciously pummeled a 62-year-old robbery victim and snatched his cell phone in The Bronx this week.

The 62-year-old victim was walking at East 150th and Exterior streets in Mott Haven around 5:20 p.m. Wednesday when a crew of five muggers approached him, cops said.

Footage shows the group knocking the man to the ground and repeatedly slugging and kicking him. 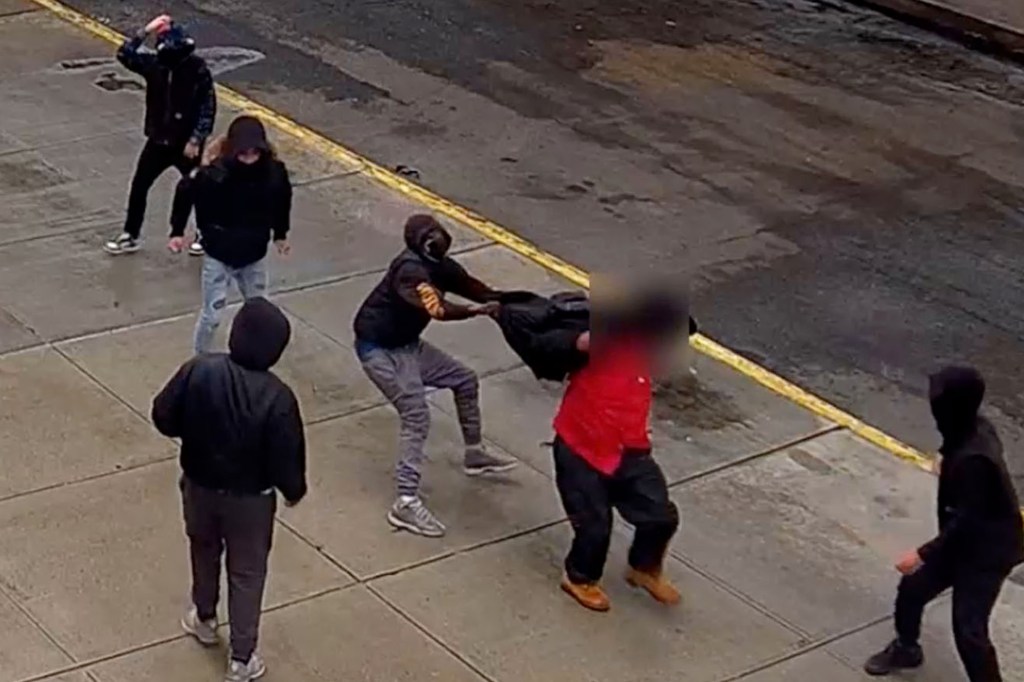 One of the suspects grabbed the victim by the bottom of his jacket and spun him around, the clip shows.

The victim dropped his phone during the attack – prompting one of the heartless muggers to grab it, according to cops and the video.

The group fled north on Exterior Street, and cops are still looking for them.

The victim was treated at the scene scene for his injuries.