A dog knows when their human is feeling “ruff.”

Turns out there’s a scientific reason that your dog appears for a cuddle at just the right moment.

It’s known that animals can usually communicate with others within their species through odors  and chemical signals emitted through the body, but researchers at Queen’s University Belfast were curious if pups could detect their owner’s state of mind through more than just visual cues.

Scientists got four dogs named Treo, Fingal, Soot and Winnie to help them with their first-of-its-kind study, by sniffing samples of bodily fluids from stressed and relaxed people.

The furry friends were trained on how to search a scent-line up and alert researchers which sample was the right one. Sweat and breath samples were taken from 36 people before and after they completed a difficult math problem, taken about four minutes apart. Blood pressure and heart rate were also measured before and after the math problem, while participants self-reported their levels of stress.

Up to this point, scientists were unsure if there was an odor associated with stress.

But the researcher’s test proved their thoughts to be true. The dogs were quickly able to correctly inform the researchers which sample was the stressed sample 93.75% of the time.

Scientists concluded that the dogs could detect the odor change that is made when humans are stressed, which is thought to be because psychological stress triggers a physiological response that alters the odor of human breath and sweat.

“The findings show that we, as humans, produce different smells through our sweat and breath when we are stressed and dogs can tell this apart from our smell when relaxed – even if it is someone they do not know,” PhD student Clara Wilson said.

“The research highlights that dogs do not need visual or audio cues to pick up on human stress.”

The findings can be used to help train service and therapy dogs, especially those that specialize in anxiety and post-traumatic stress, and make them aware when their owner might need a good cuddle.

Wilson said the study “helps to shed more light on the human-dog relationship and adds to our understanding of how dogs may interpret and interact with human psychological states.” 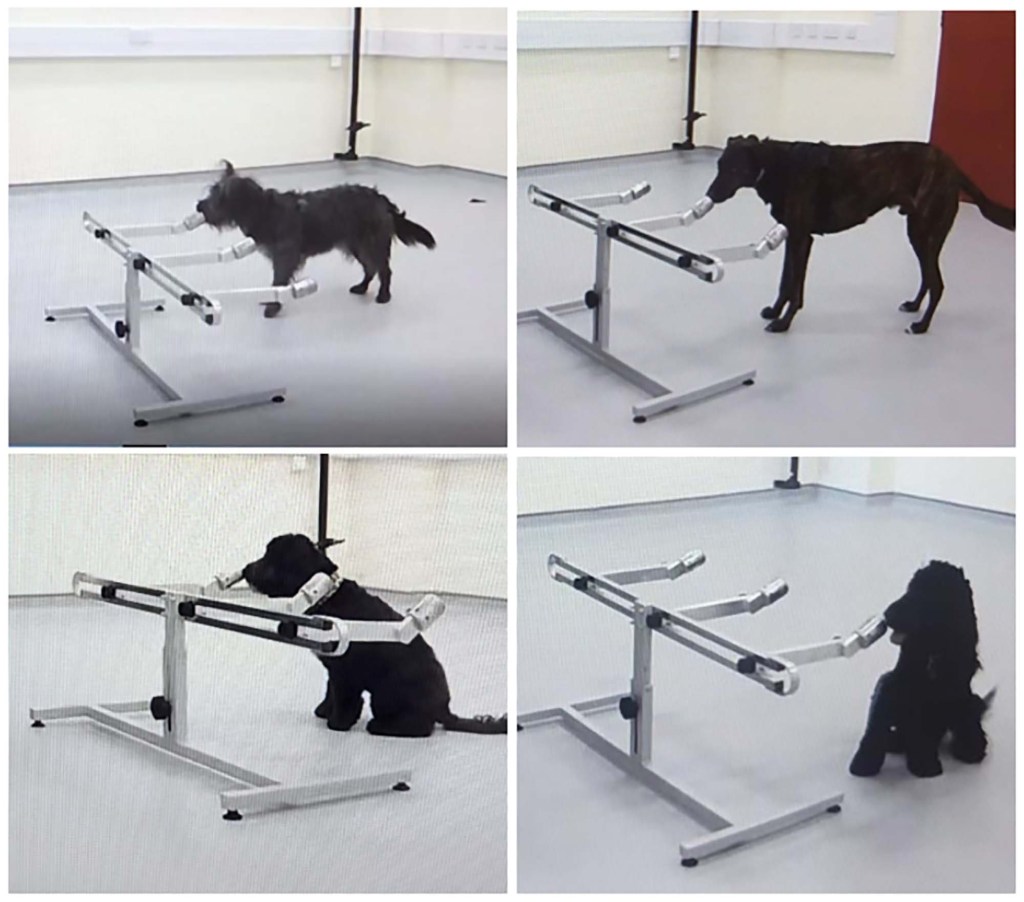 Treo’s owners were “delighted” that their two-year-old cocker spaniel got to participate in the study, especially because the good boy “thrives on sniffing.”

“We believe this study really developed Treo’s ability to sense a change in emotion at home,” Treo’s owner Helen Parks said. “The study reinforced for us that dogs are highly sensitive and intuitive animals and there is immense value in using what they do best – sniffing.”

Erratic NYC tenant runs amok, allegedly stabs neighbor: ‘She has been nothing but trouble’