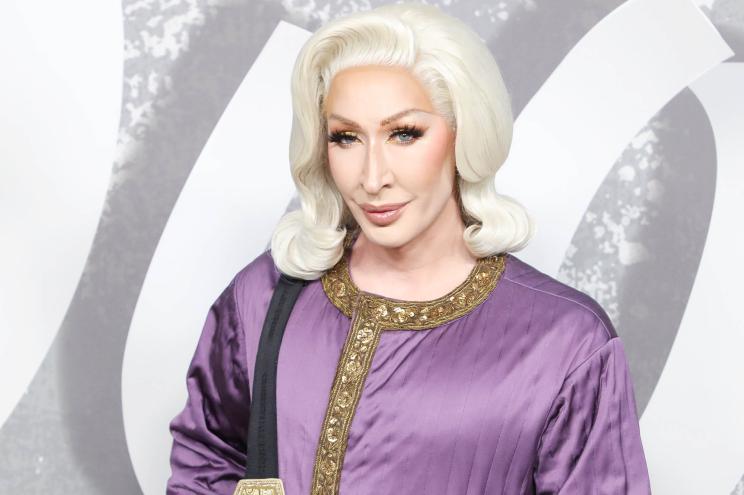 Matthew Sanderson, 37, performs under the name Detox and is an alum of RuPaul's "Drag Race." Dave Benett/Getty Images for Dio

A popular Chicago drag queen claims he was hurt during a rehearsal at a studio in the Garment District because too many performers were jammed into a rehearsal space that was too small.

Matthew Sanderson, 37, who performs under the name Detox and is an alum of RuPaul’s “Drag Race” — signed up for the drag tour with Voss Events in 2019 and was part of a run-through held at a studio at 520 Eighth Ave., according to court papers.

But the March 28, 2019, rehearsal went south when Sanderson suffered “serious and permanent injuries to his face” as performers went through their choreography, he claimed in the Manhattan Supreme Court lawsuit filed against Voss and New York Spaces Inc., which owned the studio.

Sanderson wants $600,000 damages and claims Voss and New York Spaces should have known the studio was “inadequate” to host the number of performers involved.

What to Know About Paul Whelan, the Marine Veteran Left Out of the Brittney Griner Prisoner Swap

Biden had a 'painful’ decision to make to secure Griner’s release. He made it.

All of Prince Harry, Meghan Markle’s fresh attacks on the royal family in $100M Netflix series

Here’s how much US stocks could fall in severe recession: ‘Dr. Doom’ economist

Opinion: Brittney Griner's release is cause for celebration and reflection

Best holiday deals on Apple iPads: Get best-ever pricing on Apple tablets at Amazon and Walmart

Oil tankers are getting stuck in the Black Sea. That could become a problem

Congress is debating new retirement rules. These 7 changes are on the table

The best Samsung deals at the Discover Samsung winter sale: Save big on smartphones, appliances and more

Probe of Idaho student murders may include forensic genetic genealogy