A Florida man could be seen on video using his baby son as a human shield during a tense confrontation with police that ended with him being tased and arrested.

The Flagler County Sheriff’s Office said they responded to a report from a Palm Coast woman last week that her boyfriend, Brandon Loehner, had abducted their 1-year-old son at gunpoint.

Deputies soon spotted Loehner driving recklessly nearby with the child in his lap, crossing over medians and speeding along a parkway. 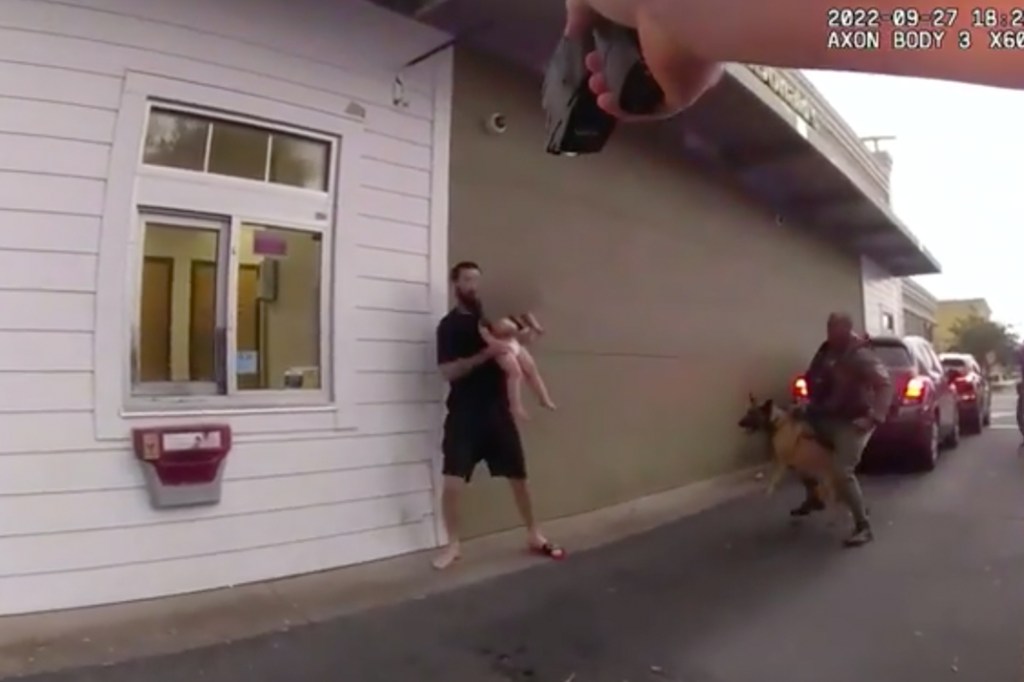 He refused to pull over after cops attempted a traffic stop, and at one point careened into oncoming traffic, the agency said.

He finally turned into a Target shopping center before parking near a McDonald’s drive-thru and exiting the vehicle with the boy still in his arms.

Video shows Loehner refusing to put the child down while surrounded by deputies, including a K-9 unit, and backing up against the restaurant’s exterior. 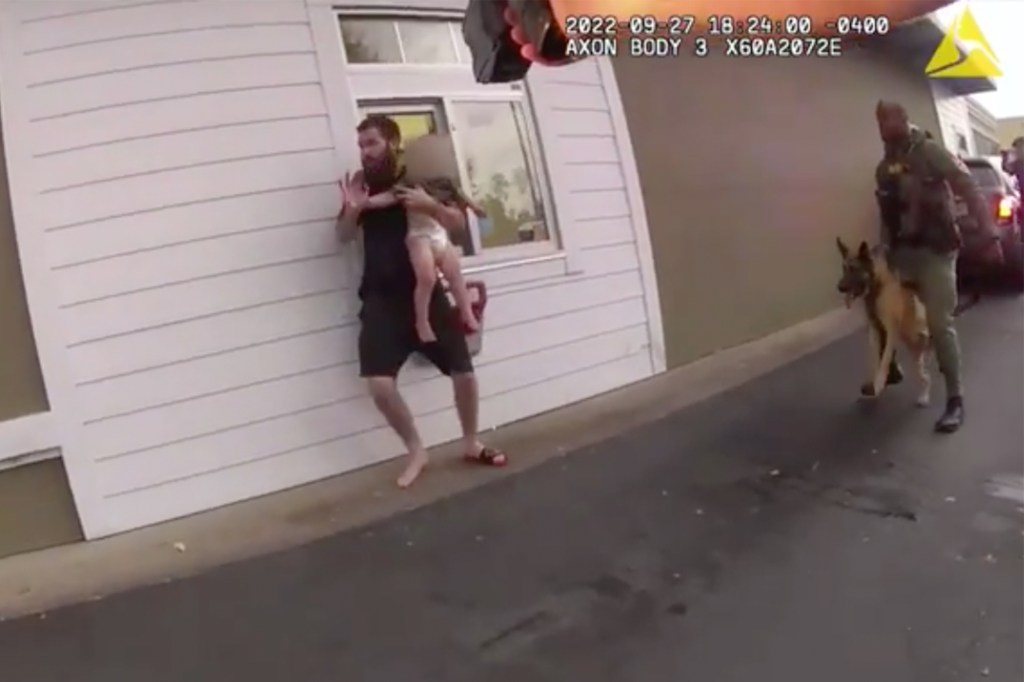 After a brief standoff, one of the deputies shoots Loehner with a taser and he drops to the ground.

An officer immediately scooped up the diapered child and attempted to comfort him as he reached for his father and called out to him.

Loehner continued to resist arrest before finally being subdued with the aid of the police dog. 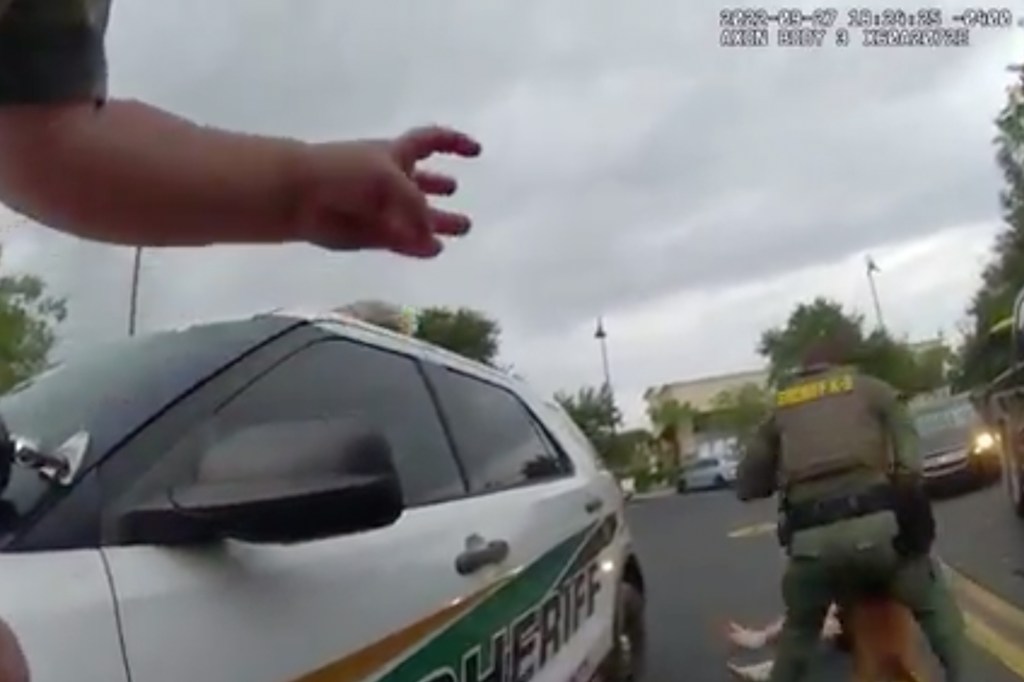 “Deputies were confronted with a very chaotic situation and a very combative individual that was putting his child at risk by using the child as a shield. Our deputies did everything they could to quickly rescue this child safely from a madman and apprehend the suspect.”

The child was soon reunited with his mother, and Loehner was treated for injuries sustained from the K-9.

He was arrested and charged with kidnapping, using a minor as a shield, resisting with violence, child neglect, fleeing and eluding and reckless driving.