Shocking footage shows suspect , who is still on the run, crashing his car into three people, including a mother and baby, while on the run. It shows the moment when it hits. Traffic stop in Queens on Wednesday.

Surveillance video obtained by The Post captures a terrifying ordeal that begins shortly after 5 p.m. with a police officer addressing the driver of a black SUV at the intersection of Wyckoff His Avenue and George Street in Ridgewood. I'm here.

A 28-year-old mother was seen pushing her 2-year-old daughter in a stroller across the street, while one of the officers was seen in a patrol car while another A video show, in which the driver dropped the gas on the floor and took off while gesturing to the cops.

He slammed into his mother and child, who were several feet away from where he parked his car, and hit another of his 35-year-old men. This woman has nothing to do with her child.

The impact threw the mother into a parked car, and her SUV appeared to run right over the toddler in the middle of the street as onlookers screamed, clips show. there is

Another man, believed to be unloading from a commercial truck at the time, hit the back of the truck. 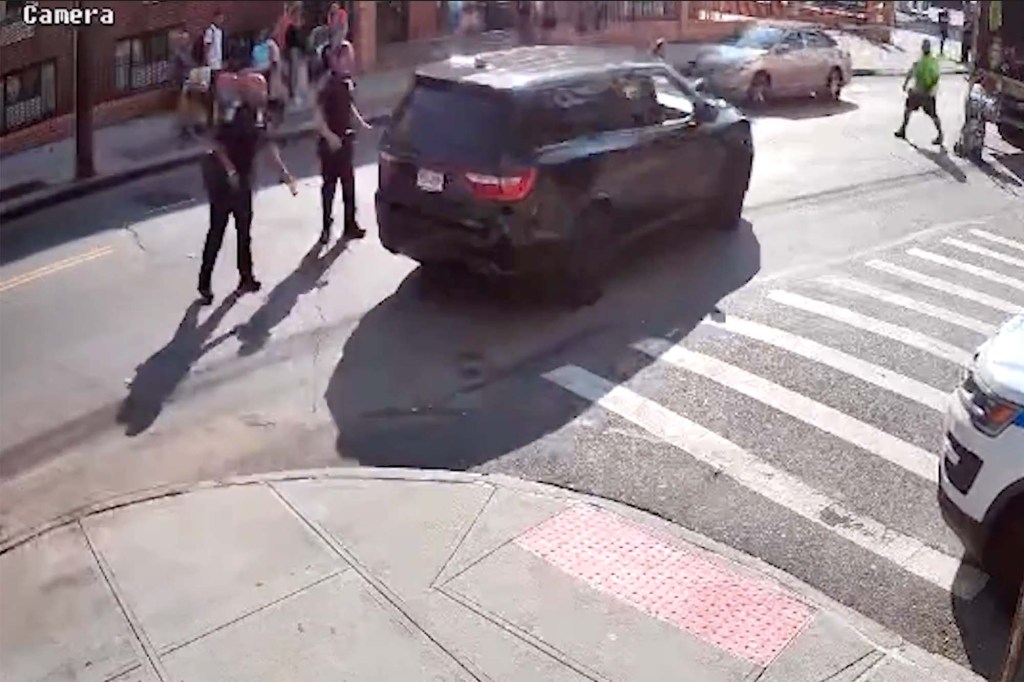 A driver was stopped by the police for driving with a suspended license.

As the video shows, the mother quickly got off the ground and snatched the child off the road. Some civilians rushed over to help the other man.

The intersection was soon flooded with people who went outside to see what the commotion was about. Less than two minutes later, another of his NYPD vehicles arrives on the scene to assist.

Her mother injured her knee and her daughter fortunately only injured her wrist, police said. A man injured his leg. All three were taken to Wyckoff Hospital. 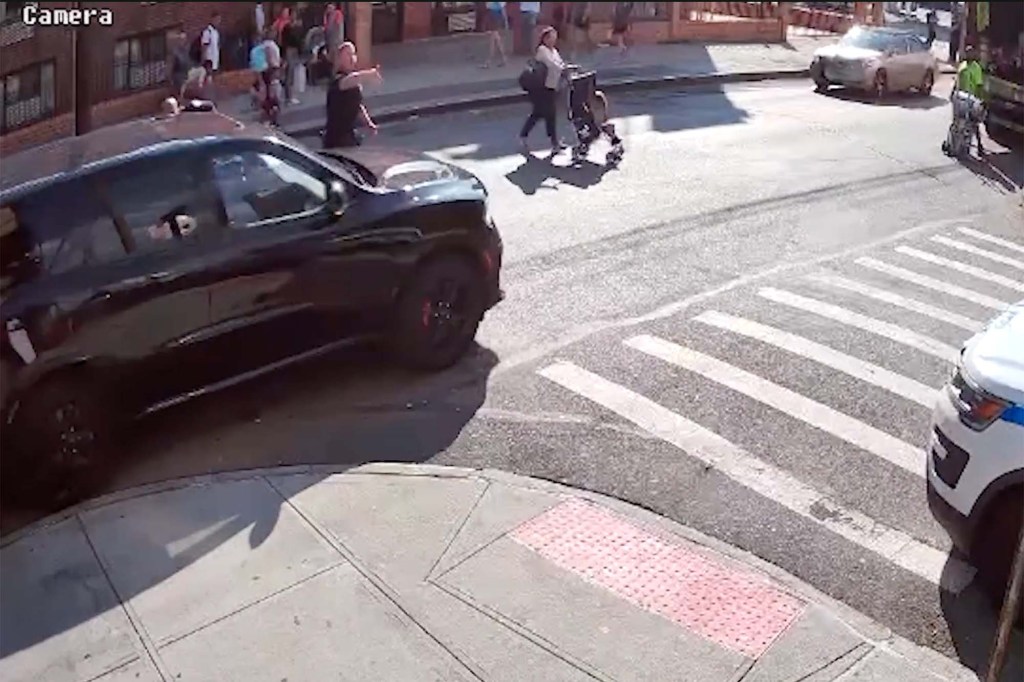 Her mother was crossing the street with her child when the driver slowed down.

Police said the driver was stopped for driving with a suspended license and was ordered out of the vehicle.

The suspect's car was later found in Brooklyn, but the driver is still on the run.