Jesse Winker decided to make a hole in his hip at the first pitch he saw and do something about it.

After being hit by a fastball at 91 mph from Andrew Wantz to start the top of the table in the second inning, the Mariners outfielder, the referee should hold him back.

Winker was not rejected, causing a brawl between the two clubs in Anaheim on Saturday.

Wants seemed to try to attack Mariners star Julio Rodríguez with a fastball sailing just behind his left shoulder in his first inning, warning both benches. It is possible that Angels Erik Swanson raised a fastball and retaliated against Mike Trout on Saturday. 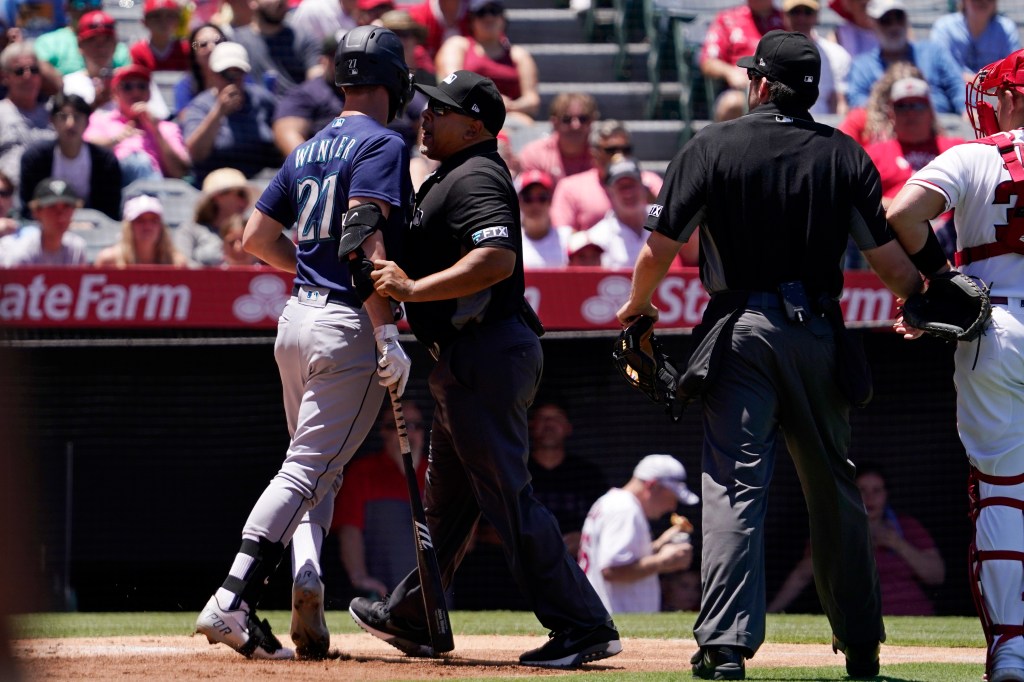 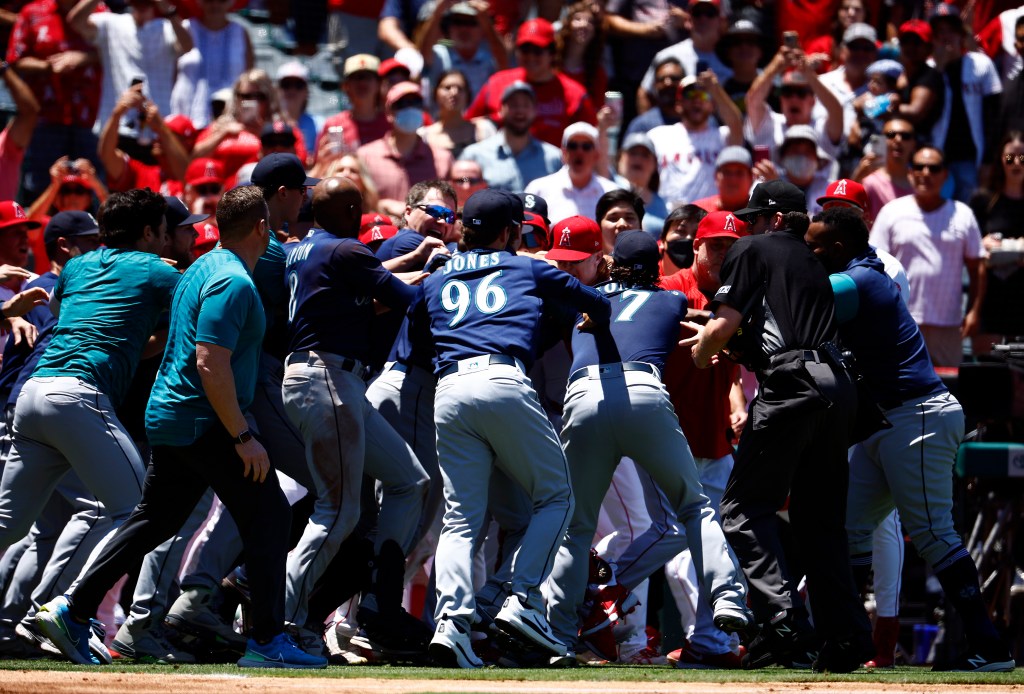 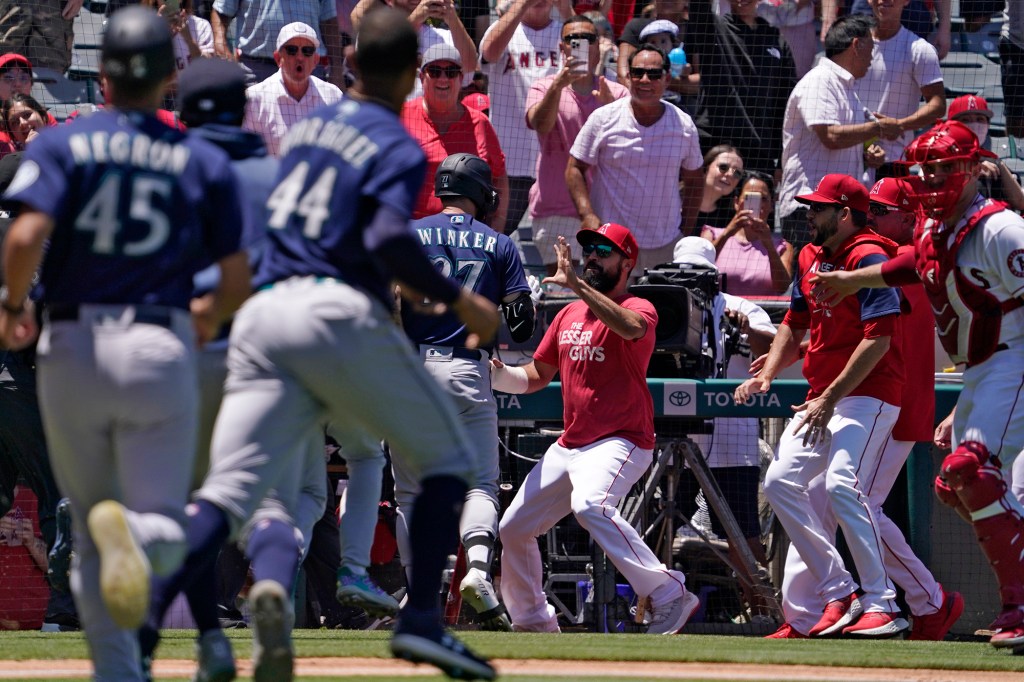 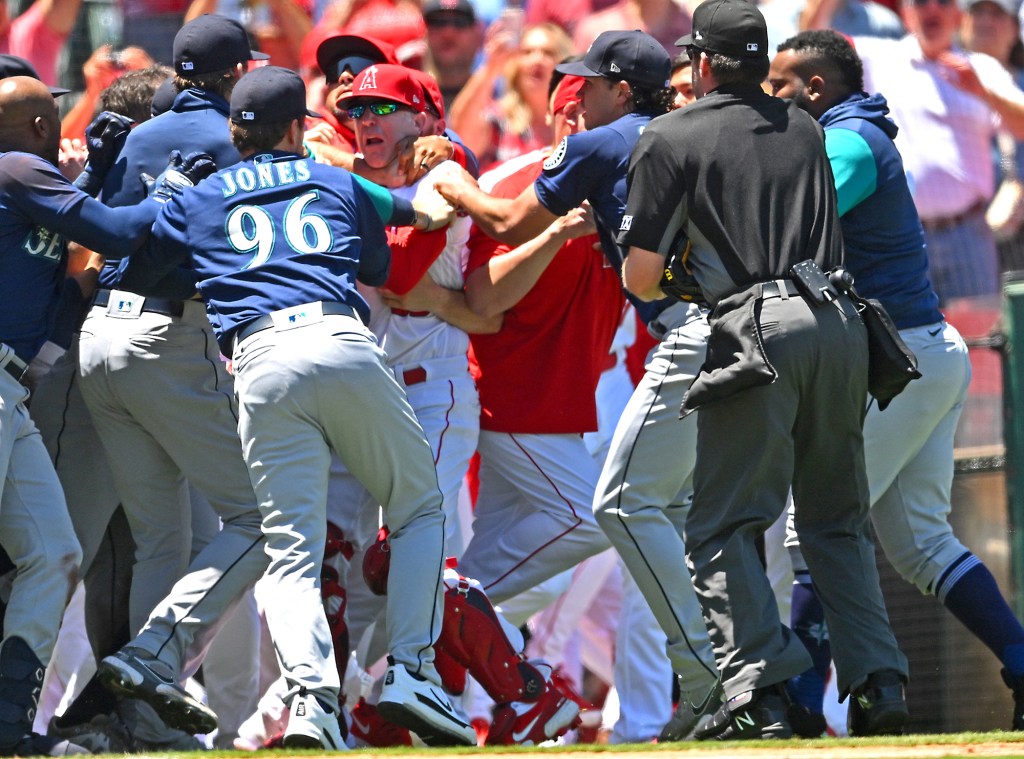 Whatever the turn signal is set to off. He escaped from the referee, met a swarm of Angels players, and punches began to be thrown on both sides as Mariners teammates competed for his help. The bullpen began to empty and the players had to be pulled away from each other from the ground.

Winker was shown in an enthusiastic discussion with Phil Nevin, the Angels manager. Something stimulated the player, pulling and pushing further. Wantz has been replaced by Jose Suaez.

Both teams were warned after Angels Andrew Wantz threw a 92.9 mph fastball at Julio Rodriguez's opening ceremony. .. Once.

The fact that the

punch was thrown can lead to the suspension of players on both teams. Six players and both managers have been sent off.  Winker, Rodriguez, J.P. Crawford and manager Scott Survey were thrown into Seattle. Wants, Ryan Tepera, Raisel Iglesias and Nevin were sent off to the Angels side.