Elijah McClain died after being administrated ketamine while forcibly detained, according to a recently published autopsy report.

The report was published Friday afternoon. According to the coroner, McClain's 2019 cause of death was an overdose of ketamine administered by paramedics.

"Simply put, this dosage of ketamine was too much for this individual, and it resulted in an overdose, even though his blood ketamine level was consistent with a 'therapeutic' blood concentration," said coroner Dr. Stephen Cina. 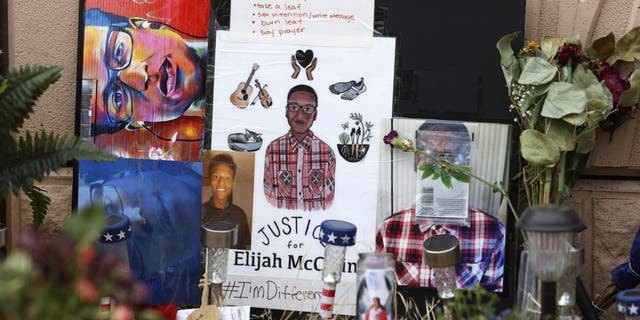 FILE - A makeshift memorial stands at a site across the street from where Elijah McClain was stopped by Aurora, Colo., Police Department officers while walking home, before family members hold a news conference, Friday, July 3, 2020, in Aurora, Colo. Three Aurora Police Department officers have left the force after photographs surfaced of them reenacting the chokehold used on McClain across the road from the memorial, which sits in the shadow of Interstate 225. (AP Photo/David Zalubowski, File) ( (AP Photo/David Zalubowski, File))

"I believe that Mr. McClain would most likely be alive but for the administration of ketamine," Cina added.

In September, a Colorado grand jury indicted three officers and two paramedics in the death of Elijah McClain, a black man who was put in a chokehold and injected with a powerful sedative two years ago in suburban Denver.

Aurora police stopped McClain, a 23-year-old massage therapist, as he walked home from a store on Aug. 24, 2019, after a 911 caller reported a man wearing a ski mask and waving his hands who seemed "sketchy." 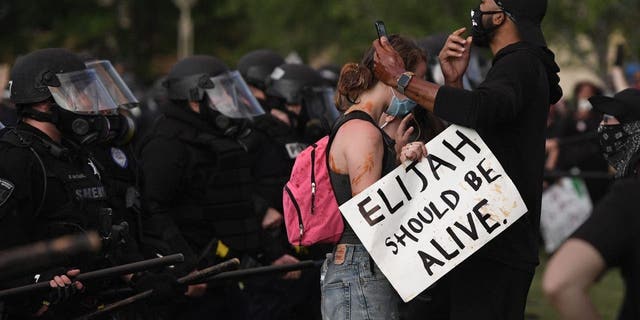 Officers put McClain in a chokehold and pinned him down.

Paramedics injected him with 500 milligrams of ketamine, an amount appropriate for someone 77 pounds heavier than McClain’s 143-pound frame, according to the indictment. He fell unconscious, was pronounced brain-dead at a hospital, and was taken off life support.

AURORA POLICE IN COLORADO QUESTIONED ON USE OF FORCE DURING ELIJAH MCCLAIN PROTEST: REPORT 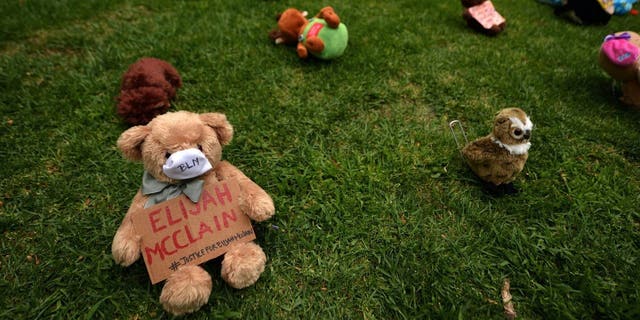 The city of Aurora has released bodycam footage and the 911 call that preceded the incident.

In portions of it, McClain, in a sobbing voice, denies having done anything wrong. He tells officers he’s "just different" and can be heard saying, "I can’t breathe, please stop."

"When we showed up, he was wearing a ski mask," someone can be heard saying.