Talk about spreading “disinfo”! As The Post’s Miranda Devine reports, the FBI specifically warned Twitter to expect a “hack-and-leak” operation by “state actors” involving Hunter Biden, likely in October 2020, a key Twitter official says in a sworn declaration — even though the agency knew very well that info floating around about him was 100% legitimate.

Could evidence of an FBI coverup be any stronger?

The information came from Hunter’s laptop, which the agency itself had in its possession since 2019, a year before it issued its warnings.

And the FBI knew the laptop was legit, because in December 2019 it visited the owner of the repair shop where Hunter had abandoned it and verified its authenticity. (It even reportedly got its hands on a second Hunter laptop later, though as part of an unrelated investigation.)

Why were agents suggesting that info involving Hunter might be the work of “state actors” when the FBI knew darn well it wasn’t? Clearly, the goal was to nudge Twitter and others to squelch news that might damage Joe Biden’s election chances. 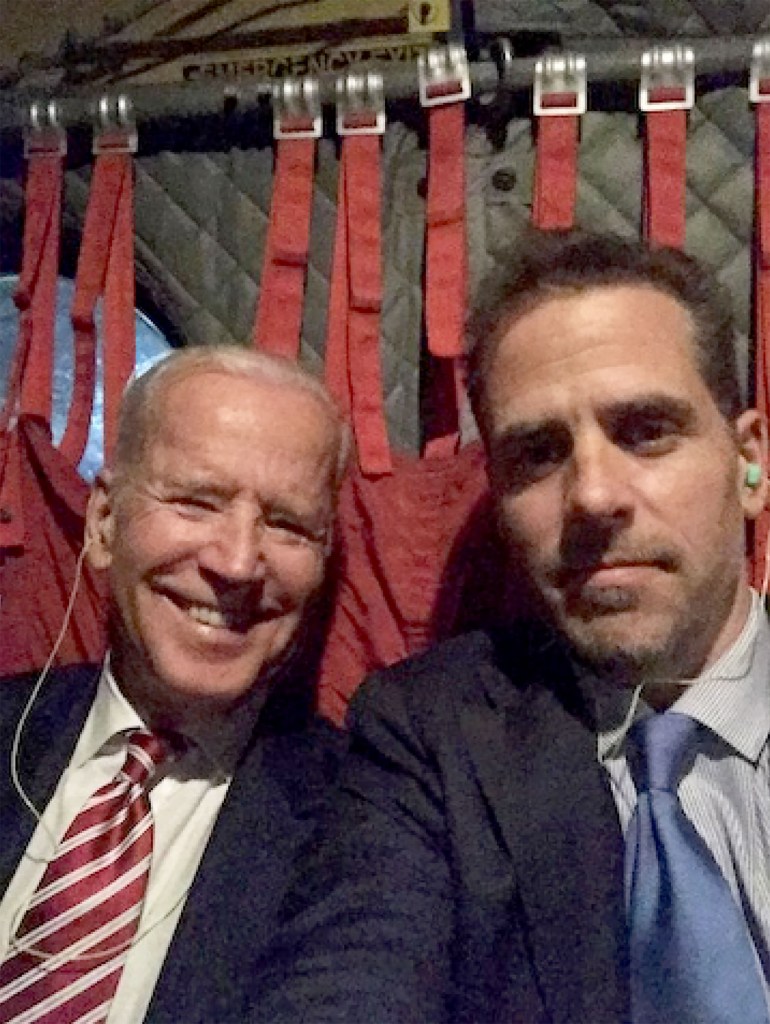 Many people believe President Joe Biden had a part to play in censoring social media platforms to minimize coverage on his son’s laptop scandal.

Agents might’ve even known The Post was about to publish its scoop, since the FBI had been spying on Rudy Giuliani and had access to his emails. Some of them mentioned the laptop material and a discussion with Devine about when the paper would run the story. The (fake) warnings clearly had the desired effect.

This was the second time in four years that FBI agents spread disinfo in an apparent attempt to meddle in a presidential election: Recall that in 2016, they used the Clinton-campaign-funded Steele dossier, which they’d already discredited, as the basis for surveillance to probe supposed Trump campaign-Russia collusion.

And it turns out some of the people who got the media to suppress our Hunter story have ties to Russiagate names: Supervisory Special Agent Elvis Chan, for example, admits that before the 2020 election he organized weekly meetings with Facebook, which also limited access to our story. Chan was an acquaintance of Twitter counsel James Baker, who before that was a top FBI lawyer involved in the Russia-collusion plots, and also worked with fiercely anti-Trump FBI officials Peter Strzok and Lisa Page.

We’ll never know the suppression of The Post’s reporting changed the 2020 outcome, but it might’ve. It’s up to Congress and a hopefully-wiser media world to ensure some new censorship scheme doesn’t influence the vote in 2024.

Transcript: 4 new members of Congress on "Face the Nation"

How Aretha Franklin saved the Grammys

Buttigieg said U.S. had to balance risks in deciding when to shoot down balloon

Mountain lion that viciously attacked 5-year-old in Calif. won’t be removed from wild

Mark Whitaker on the history of the Black power movement

Timeline: Where the Chinese surveillance balloon was spotted before being shot down

Grammy 2023 predictions: Who will win vs. who should win

Score a refurbished iPad mini for only $170

The singer who spoke her mind to Richard Nixon

Inside the world of K-pop

Australian teen killed by shark while trying to swim with dolphins

The Creator of ChatGPT Thinks AI Should Be Regulated

Tom Arnold’s warning to Chris Farley: ‘You can’t be super fat and do drugs’