A Rochester Fire Department Captain accused of taking firefighters to a party filled with racist language has retired.

Capt. Jeffrey Criwi was forced to leave the department by the city following an investigation by the City of Rochester, Mayor Malick Evans announced Tuesday, he said of ABC News' Rochester affiliate. 5} WHAM reported.

"As of Monday, he has elected to retire before termination proceedings begin," Evans said in a statement to his WHAM.

Last week, Jerrod Jones sued the City of Rochester and the Rochester Fire Department, claiming that Criwi asked him and two of his other firefighters to attend his private party on July 7. sued for coercion.

Jones said when he arrived at the party, he saw a large cutout of former President Donald Trump and a bucket of Kentucky Fried Chicken next to the Juneteenth flag, according to the lawsuit.

Jones claimed that Mary Znidalsic Nicosia, who owned the house where the party was being held, approached him and asked if he wanted to take fried chicken home. 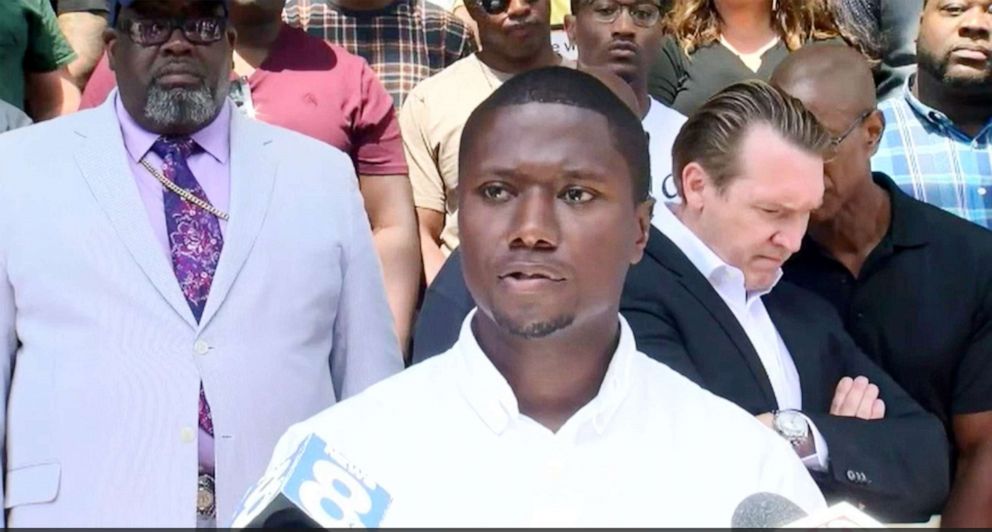 There was an entertainer at the party impersonating Monroe County Rep. Rachel Bernhardt, and a senior member of the Rochester Police Department at the party.

Jones' attorney, Nate McMurray, took to Twitter on Tuesday to criticize the case, saying an independent investigation has not yet taken place.

McMurray did not respond to his request for comment from ABC News.

Jones told acting battalion commander George Smith about the incident and Kriwi's involvement and was told he would investigate, but said he was assigned to work with Kriwi on his next shift, the court said. document shows.

According to the lawsuit, Jones claimed to be suffering from emotional distress and that he feared reprisals from Krywy and others, and that he is now leaving RFD. That's what I mean.

He is suing for his $4 million damages.