The first half of Thursday night’s Colts-Broncos game was full of offensive ineptitude.

Four of those five-in-a-row punt drives were three-and-outs with the remainder a four-play drive in which the Colts got a first down on their first down, and then nothing more.

The Colts ended the half with 144 total yards of offense, while the Broncos had 103. The Broncos were 2 for 7 on third down, and the Colts were 3 for 8.

This isn’t anything new for both teams. The Colts have the lowest-scoring offense in the league through four games, and the Broncos have the third-lowest.

Even the Amazon Prime analysts had a hard time finding anything to be excited about.

“Like what are we doing? I’m like Broncos country, Let’s score!!” said Richard Sherman on the halftime show. 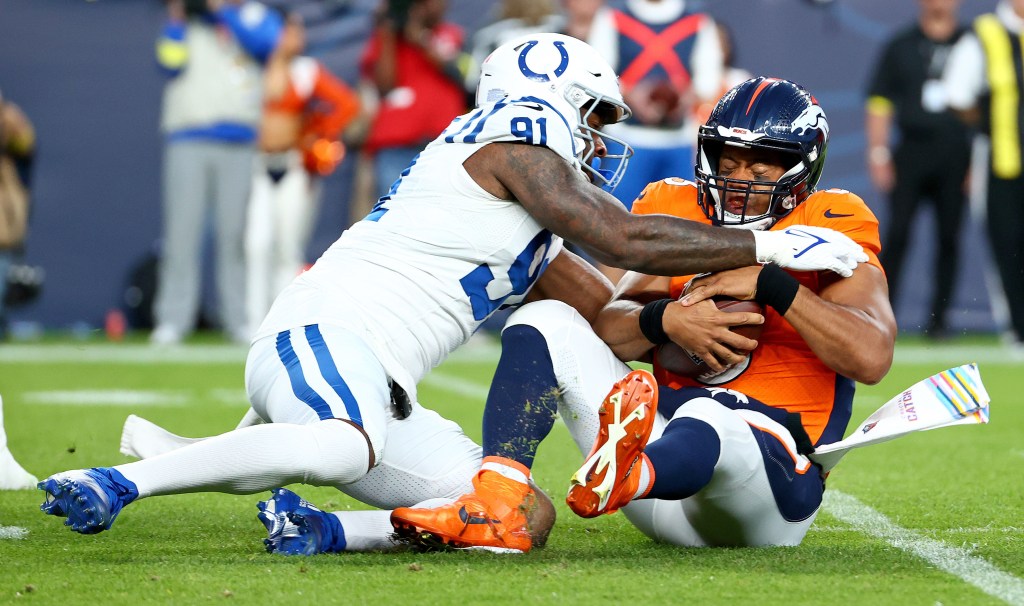 The internet was in agreement with Sherman.

Scott Hanson, host of NFL Redzone, tweeted out a joking reference to his show.

“Let’s cut to another game,” he tweeted.

The Ringer’s Rodger Sherman did some math to show how much Amazon paid for this snoozefest.

“Amazon paid $13 billion over 11 years for Thursday Night Football,” Sherman wrote. “That’s $1.18 billion per year. and there are 15 TNF games per year. long story short they paid about $78 million to broadcast this Colts-Broncos game.”

NFL analyst Warren Sharp is looking ahead to next week’s TNF game, which also features two of the NFL’s lowest-scoring offenses.

“this is brutal… but guess what,” Sharp tweeted. “Next Thursday’s game? Washington Commanders @ Chicago Bears”

Earlier Thursday, Buccaneers quarterback Tom Brady noted the parity in the NFL with almost half the league’s teams at 2-2.

Hours later, he wasn’t the only one.